In late February gasoline prices across America were surpassing $3 a gallon. Forecasters are advising us to expect $4 by summer, maybe higher. So be prepared for something else with it all: the broken-record rhetoric of anti-market types about “gouging.” It’ll be coming from a lot of the same people who block the drilling for oil just about anywhere and who think it’s always better to be gouged by the taxman to subsidize noneconomic “green energy” than to pay a price for gasoline that might reflect real market conditions.

Economist Thomas Sowell, speaking of big-government “liberals,” put it well when he said that asking them where wages and prices come from is “like asking six-year-olds where babies come from.” You’ll certainly never hear them admit that even at $4 a gallon, gasoline is cheaper today (in inflation-adjusted terms) than it was when President Reagan decontrolled oil 30 years ago.

If you’re expecting me to offer the economic argument for government to get out and stay out of energy markets, you’ll have to wait. There’s a moral argument that takes precedence.

Suppose someone offers to buy my house for twice what I paid for it a year ago and I refuse. It’s my house, and I really don’t want to move, but I announce that if someone wants to give me ten times what I paid, I’ll take it.

Am I “gouging” somebody? Most people would say no, but they would be hard put to explain what the difference is between my action and that of those unpopular villains who produce and sell gasoline.

It’s true that my house is private property, but so is gasoline. When it’s in the underground tank at the gas station, it’s the private property of that station until somebody else buys it. It’s not public property. It certainly doesn’t belong to people who never took a risk and invested a nickel in it—and that includes all the bellyaching demagogues who will try to further their careers by bashing wealth-creators.

If it’s wrong to sell gas at $3 or $4 a gallon, what if the owner of a gas station decided not to sell it at any price? Wouldn’t that be even more wrong? Only if one distorts the concept of private property to mean that it’s really not yours if somebody else wants it.

There are plenty of people in the world who will scoff at any defense of oil companies or gas-station owners on the basis of the “antiquated” notion of property rights. But of course those same scoffers will defend their own property without hesitation; it’s only other people’s property about which they can afford to be cavalier.

So if it’s not yours, don’t claim it. If it doesn’t belong to the politicians, don’t demand that they jigger its price. This is a moral issue; people of moral fiber should rise to the occasion and resist the temptation to steal.

Now a little economics, rooted in experiences of a decade ago. When news spread on September 11, 2001, of the terrorist attacks in New York and Washington, many people panicked. Not knowing whether this was the start of something much bigger, they did what seemed to make sense given the extraordinary situation—they began to “stockpile” gasoline because a world crisis could easily disrupt fuel supplies. Long lines formed at gas stations all over the nation by mid-afternoon. Demand, in other words, soared. Just like Econ 101 was supposed to teach us, prices rose.

If the crisis had indeed slashed world fuel supplies, then the initial reaction of the public would have been both smart and prescient. Buying more would have pushed up prices. As prices rose they would have encouraged people to restrict their use of gas to their most important purposes, leaving more for others.

And the higher prices would have sent a powerful signal for somebody to find new supplies quickly. This is the way a free price system works—in gasoline, coffee, or anything else.

It became apparent within a day or two that the events in New York and Washington had not produced disruptions in the flow of oil or in the production of gasoline. Then the market effectively worked its magic. People shopped elsewhere or found ways to do with less while prices were high. Folks eventually calmed down, and the lines at the gas stations evaporated. Suppliers rounded up more supplies. Prices fell. The upward spike set into motion the market forces that solved the “problem.”

Ohio’s attorney general went after 27 retailers that charged $4 or more, decrying the price hikes as “unconscionable acts.” He forced the culprits to give refunds to customers and make donations to the American Red Cross or face fines of up to $25,000 per violation.

Any stations in Wisconsin that simply changed prices more than once in a 24-hour period were threatened with fines of up to $200 for each customer they “overcharged.”

In Florida, authorities declared that stations which raised prices by more than a dime a gallon were in violation of the Sunshine State’s emergency rules and could face penalties of $25,000 per day. Two weeks after the terrorist attacks, Missouri’s attorney general sent letters to 48 gasoline retailers telling them that if they had boosted prices for any grade of gas above $2.49 after September 11, they would have to pay fines of “triple any gas-gouging profits, or $750, whichever was greater, plus investigative costs of $250.”

My home was in Midland, Michigan, at the time. A woman there named Sonja Sturgeon managed Bobbie’s Point Citgo, a gas station targeted by the state’s attorney general for gouging. Sturgeon readily admitted to the local paper that the store boosted prices to $3 at about 8:30 p.m. on September 11 because she wasn’t expecting a new supply until later in the week. “The whole point of raising the prices was to send customers down the road to buy gas,” she said. “It had nothing to do with gouging the customers.”

Perhaps the attorney general would have advised Bobbie’s Point Citgo to behave as though nothing had changed in the wake of September 11. Keep prices the same or raise them no more than 10 percent. Would that have done anyone a favor? Surely, the lines would have been many blocks longer, and station after station would have run out, leaving people at the back of many lines without any hope of getting a drop.

Let’s see, which is better? Gas at $3 after a 15-minute wait, or no gas at $2 after sitting in line for an hour? This is not rocket science.

Brace yourself for another round of gasoline price hysteria. It’s going to be déjà vu all over again. 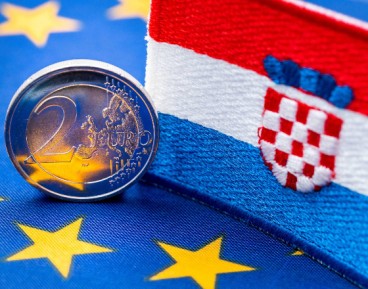