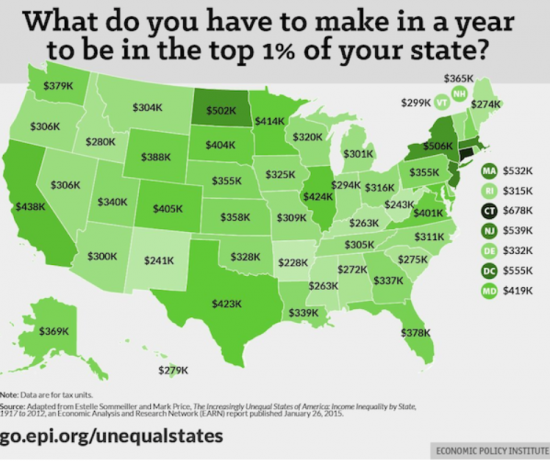 This Great Graphic caught my eye.  I saw it tweeted by Mental Floss which got it from the Economic Policy Institute.
It shows how much money one needs to earn to be in the top 1% of the state’s income earners.    There is great variance.  Connecticut has the highest threshold of $678k.  Arkansas has the lowest threshold at $228k.  That is a third of Connecticut.
The Economic Policy Institute finds that income equality grew in every state.  In 2012, which is the most recent data, income inequality was the greatest in New York and Connecticut. In both states the income of the top 1% was 48-times the income of the 99th percentile.  The concentration of financial activity is the obvious suspect.