Governor of the Croatian National Bank

27.09.2022
A quip on Balkans producing more history than it can consume, famously but incorrectly attributed to Churchill, is a good description of the Croatian history towards the end of the 20th century. However, at the turn of the century, Croatia managed to escape "Churchill's curse" in a quest to become a "boring" country with a negligible footprint on global affairs. 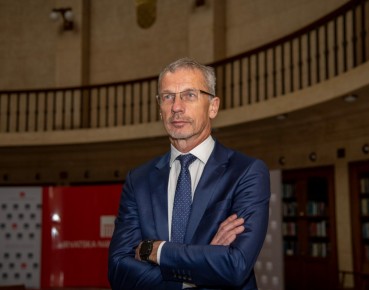 With the clock to the euro introduction resolutely ticking, Croatia is once again starting to appear in the headlines of international press. And collective hopes and anxieties of the West – or at least some part of it – are again refracted through the lens of the Croatian experience. This time round, the euro adoption in Croatia encouraged some commentators to announce the build-up of an even stronger momentum for further EU integration. On the other hand, it is also stoking public fears that the enlargement could further exacerbate the risk of euro area fragmentation. Also, some are probably waiting on the side-lines to learn from the outcome of this „natural experiment”. My goal for this text is to provide all these people with our own optics on the euro adoption – to describe why it has always made sense for Croatia to pursue a speedy euro introduction, to elaborate on the Croatian path to the euro area membership and finally, to provide a first account of the successful completion of participation in the newly set up ERM II framework.

Bob Dylan probably did not spare much thought about monetary policy when composing his timeless hit „Like a Rolling Stone”. Yet, few accounts of monetary policy frameworks in small open economies are as accurate as his assertion that „When you ain’t got nothing, you got nothing to lose.” For Croatia, one of the small EU member states (indeed, Croatia is at the moment the smallest one outside the euro area), highly euroized and deeply integrated into the euro area in terms of trade and finance, the most important monetary policy decisions had been made in Frankfurt even long before the creation of the euro. As monetary policy has for almost three decades been geared towards the stabilization of the exchange rate against the euro, it has never acquired more than a very few degrees of freedom. Indeed, during the crisis periods, the exchange rate played the role of a shock amplifier rather than a shock absorber envisaged in standard macro textbooks. The rush of firms and households to convert their local currency holdings into euros at the very first sign of a crisis has always threatened to quickly turn upside down any monetary accommodation in the crisis environment. In order to maintain monetary and financial stability in such an environment, the central bank relied on a broad spectrum of macroprudential proto-tools, applied in an integrated fashion with the monetary policy. But ample prudential buffers were costly for the financial system, while maintaining a stable exchange rate diminished the potential benefits of having an own currency. The euro introduction has provided an exit strategy from a monetary arrangement saddled with all the costs associated with participation in the monetary union, but very few of the benefits accruing to members of the monetary union.

For all these reasons, joining the euro-area has been a long-time goal for Croatia. However, by mid-2013, when the belated EU accession took place, the echoes of the sovereign debt crisis were reverberating across Europe. Also, as the domestic economy was suffering from a prolonged recession, Croatia would not be an obvious candidate for the euro introduction, even if someone bothered to spare a serious thought on the euro area expansion. An opportunity to reignite the euro adoption process opened up in 2017, as Croatia exited the Excessive Deficit Procedure, while also making progress in tackling macroeconomic imbalances. Institutional reforms that strengthened the financial architecture of the euro area as well as Bulgarian aspirations to kick-start ERM II talks and ultimately the euro area entry have made it possible to concentrate the minds of EU institutions and euro area member states on setting up a new procedure for a further euro area expansion. In parallel with the international dialogue, an euro adoption strategy was being prepared by the Government and the Croatian National Bank in order to kick-start a public discussion.

Quite obviously, Croatia sought to join a different euro area from the one that had existed before the Global financial crisis. Also, the awareness of risks arising from a premature euro introduction was high as scars of the sovereign debt crisis were still fresh. A new process needed to be set up to reflect that „the times they are a-changing”, to quote the lyrics of Dylan’s famous anthem. To address these new realities, the ERM II participation was made conditional on a number of measurable reform points as well as on entering into the close cooperation arrangements with the Single Supervisory Mechanism and Single Resolution Mechanism. In mid-2019 Croatia set up an ambitious plan to fulfil all the agreed reform requirements within one year, a time period also needed to perform the asset quality review and stress testing of the banking system required to open up a way into the banking union.

The actual moment of deciding on the Croatian ERM II entry coincided with the breakout of the pandemic. While the pandemic shock shrouded with uncertainty the economic outlook, formal requirements for the ERM II entry were met in full by mid-2020, including the positive assessment of the banking system soundness required for participation in the banking union. Thus Croatia entered the ERM II on 13 July 2020, with the central parity set at the level of the current market exchange rate, which was assessed to be in line with long-term averages as well as macroeconomic fundamentals. The exchange rate withstood the fallout in financial markets following the breakout of the pandemic, while initial assessments confirmed that the favourable pre-pandemic external position, expected to deteriorate only moderately, should support it throughout the crisis.

The traditional discussion of the ERM II participation in the pre-global financial crisis era used to revolve around the „training-room”/”waiting room” metaphor. The dilemma whether participation provides an opportunity for prospective members to strengthen their fundamentals or simply sets a time-frame for them to demonstrate ability to function orderly with an exchange rate anchor marked the early period of the euro. For Croatia, the experience probably more closely resembled that of an airport lounge, a cosy place where you can concentrate on your urgent tasks. The formal exchange rate arrangement, coupled with a swap line from the ECB slightly ahead of the formal ERM II entry, strengthened the credibility of the exchange rate anchor. In such an environment, even the pandemic crisis was not able to derail the process.

For a country participating in the ERM II, the euro introduction process is driven by an auto-pilot as the Maastricht criteria remain the only hurdle to the euro introduction. Given favourable macroeconomic developments prior to the Croatian ERM II entry as well as the suspension of the Stability and Growth Pact throughout the pandemic, a quick euro introduction seemed within reach. However, inflation resurgence on the back of the lingering pandemic and the Russian aggression on Ukraine made sure that some uncertainty remained until the very last moment. The inflationary shock has been asymmetric across regions and countries, with Central and Eastern Europe hit particularly hard. Nevertheless, inflation in Croatia moved in line with the EU averages until very recently and even now the inflation rate is the second lowest amongst the Central and Eastern European countries, trailing only behind that of Slovenia, allowing to meet the inflation criterion.

Regardless of the subjective dimension, Croatia cannot escape the wider ramification of the euro introduction. For better or worse, it has a potential to serve as a watershed moment towards a more complete monetary union and the engine of further integration. For our part, we intend to do our best to write the history in such a way as to be kind towards our accession, to paraphrase Churchill’s quote. 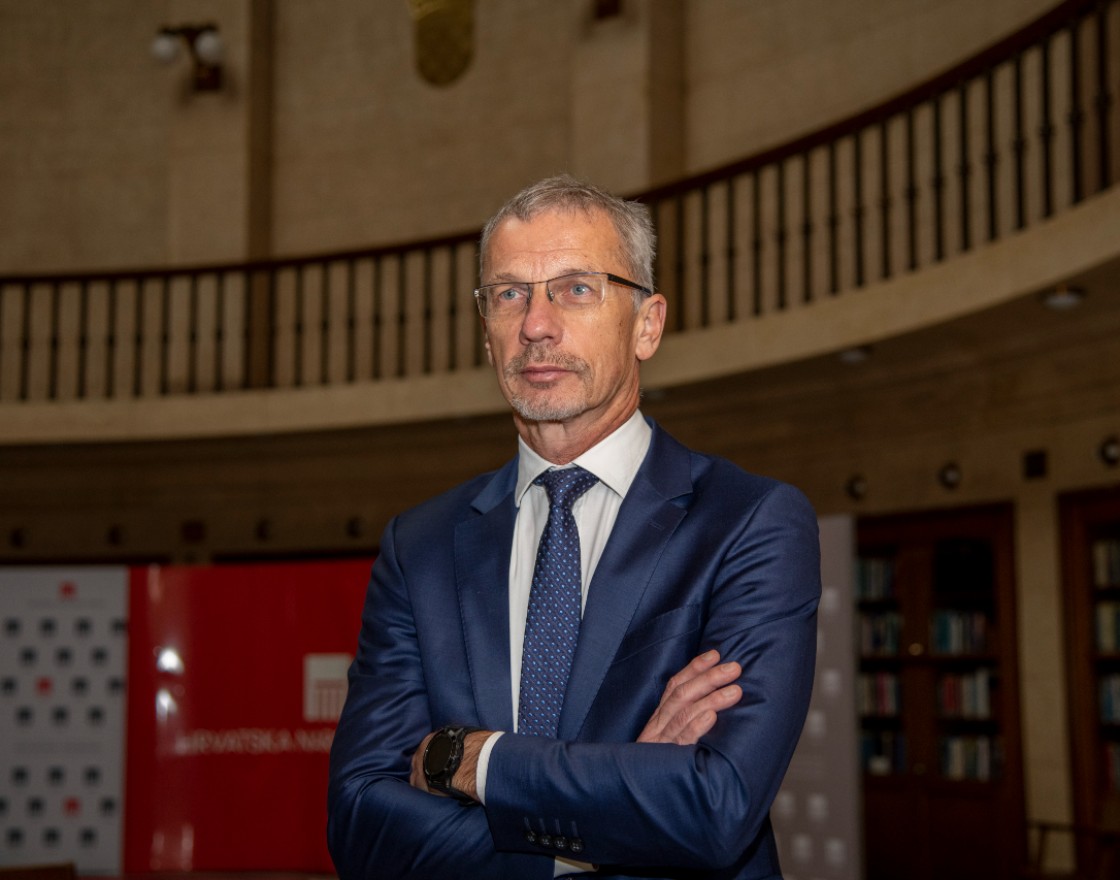