13.05.2022
The Russian invasion of Ukraine has forcibly reshaped the psychological,  emotional and geopolitical map of Europe. It is time for a reappraisal, including  of what went wrong in the reconfiguration of Europe since the Berlin Wall fell. 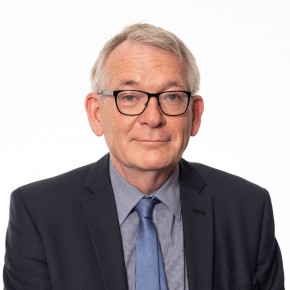 Driven by medieval great-power aspirations and grievances, Vladimir Putin sems to be reasserting, with devastating modern means, medieval methods of warfare. An era of comfort and complacency has been shattered.  In its place, amid the bravery, the brutality and the bombardment, some old truths have been rediscovered. Democracy requires defending. Absolute power corrupts absolutely. Tyrants tend to get their way unless and until they are opposed with all-encompassing force. Those who want peace must prepare for war.

A cluster of European economic principles in place since the 1991-92 Maastricht treaty looks likely to be jettisoned. Half a dozen scenarios, from the benevolent to the dire, are possible for the pursuit and conclusion of the war. An economic, political and security settlement will be needed between whatever Russia and whatever Ukraine emerge from the conflict. Russia has  less than 10% of the economic size of the American and Chinese superpowers, yet matches the US in atomic strength. It will need to be embedded into a system of European and Asian coexistence. In this quest for a new order in central and eastern Europe, the US and China are bound to play a central role. Europe has re-emerged as a battleground on which world peace depends. However, Europe has not strengthened its credentials as a political force that can nurture that peace without the support and intervention of others.

In no scenario is there a guarantee that a stable and peaceful – let alone democratic – Russia will emerge. There may be a legitimate grounds for criticising Nato, the US and the west for arrogance and over-bearingness in not taking seriously hurt aspirations and damaged pride caused by the rollback of the Soviet empire. The lessons in John Maynard Keynes’ Economic Consequences of Peace – which were fortunately harnessed in the aftermath of the second world war – should have been applied in the post-1990 period. On the other hand, relatively mild western sanctions after the annexation pf Crimea may have encouraged the Russian president. The accumulation of Bank of Russia foreign exchange reserves – now largely rendered unusable but available assuming a post-war settlement – showed how the country was bracing itself for confrontation. Putin’s psyche has become increasingly drawn to soul-searching and retribution over the collapse 30 years ago. An historic retreat from world power status, coupled with further possible humiliation from a Ukrainian settlement, could still, in any future Russian leader, foster  an obsessive desire for making good perceived past wrongs.

Even as Putin’s war rages, all options for the future must be considered. Once peace is reinstated, Ukraine must be offered all-encompassing economic assistance that takes note of previous economic revival programmes. Incorporating Ukraine into the western community is problematic enough;  helping the current Russian aggressor will be still more difficult. An end to economic sanctions and efforts to promote economic diversification are only part of the agenda. Bringing China into post-war reconstruction, learning from the mistakes of the past 30 years,  guarding against new unstable equilibria, are all necessary but immensely difficult tasks. A figure of Keynes’ stature would not be amiss.