Professor in the Dyson School at Cornell, a senior fellow at Brookings

21.07.2022
In response to Russia’s invasion of Ukraine, the U.S. and other Western economies deployed a set of powerful financial weapons against Russia with remarkable speed. 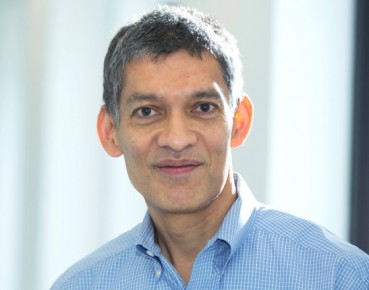 Cutting off access to global financial markets and to a country’s war chest of foreign exchange reserves dealt a crippling blow to Russia’s economy, which is reliant on export revenues and whose citizens, corporations, and banks were accustomed to and benefited from easy access to global trade and finance.

The Russian ruble has recovered much of its initial losses but this is largely because of European dependence on Russia’s gas, which has kept revenues flowing into the country, while imports have fallen on account of the inability to use those revenues to easily procure goods from other countries coupled with falling domestic demand. The consequent improvement in Russia’s trade balance is a sign not of the economy’s strength but the damage inflicted by the sanctions.

For all the pain inflicted on Russia, will these actions come back to haunt the U.S and its Western allies? Speculation is rife that when the dust settles, China, Russia, and other rivals will intensify efforts to unshackle themselves from the dollar-dominated system and reduce their vulnerability to financial sanctions.

The reality is likely to be far less dramatic. Some changes already underway as a result of new financial technologies could gather steam. But the fundamental structure of global finance, including the status of the major reserve currencies, will not be easily shaken. That would take deep-rooted reforms which countries like China and Russia have long scorned.

Financial sanctions are a powerful tool of economic warfare. They can bite deeper and more quickly than other economic sanctions such as trade barriers that limit the flows of goods and services. Their potency reflects continued Western, and particularly U.S., dominance of global finance, even as the locus of global GDP has shifted towards emerging market economies. The U.S. has deployed this tool to considerable effect against rivals and rogue nations such as Iran and North Korea, often ensnaring even traditional allies through its net of secondary sanctions that encompass corporations and financial institutions that do business with sanctioned countries.

The power of this set of tools relies on the U.S. dollar’s status as the world’s preeminent currency for international payments and also for foreign exchange reserve holdings of central banks. This means that international payments more often than not involve some aspect of transactions in dollars, which makes those transactions and the institutions conducting them subject to the jurisdiction of U.S. authorities. The U.S. also has outsize influence over SWIFT, which provides a messaging system for facilitating cross-border transactions worldwide and is governed by a group of advanced economies. Cutting off access to SWIFT severely limits a country’s ability to receive payments from or send payments to other countries.

Could countries like China and India allow Russia to evade sanctions? The relatively modest financial footprint of those economies (despite their large size in terms of GDP and international trade) and their exposure to secondary sanctions limits the viability of this escape route. But surely the lesson all these countries will take away is the need to reduce their vulnerability to sanctions. That will be feasible in some dimensions but not in others.

International payments and messaging systems are certainly ripe for change. New financial technologies are making it easier to conduct financial transactions directly between pairs of emerging market currencies. Directly exchanging rubles, rupees, or renminbi for one another without first exchanging those currencies into or out of dollars is becoming cheaper and quicker, reducing the reliance on dollar-based finance. Proliferation of central bank digital currencies could also, at the margin, promote direct international payments.

Country-level initiatives will expedite these changes. China’s Cross-Border Interbank Payment System, which was set up in 2015, will soon facilitate direct payments and settlement with those of other countries, including Russia’s. The CIPS also has messaging capabilities that could bypass SWIFT.

In short, the dollar’s dominance in international payments will inevitably erode, although it will probably remain the most important payment currency, and the relevance of SWIFT will fade.

What about the configuration of global reserve currencies? Russia had accumulated a war chest of foreign exchange reserves—mostly in dollars, euros, pounds sterling, and Chinese renminbi—to protect the ruble’s value at times of economic or geopolitical turmoil. The freezing of the Russian central bank’s accounts in Western financial capitals has effectively sealed this war chest.

Surely this will lead not just Russia but other countries to shift out of dollars and euros, and into the currencies of friendlier countries like China? But as Russia is discovering, at crunch time, renminbi reserves are of limited help in preventing the ruble’s collapse.

The renminbi remains a nonconvertible currency and the Chinese government might not appreciate Russia dumping renminbi to buy dollars and euros and using those “hard currencies” to prop up the ruble. Unless China drops restrictions on capital flows across its borders and the tight management of its currency, the renminbi will not become a major reserve currency.

Moreover, private investors are unlikely to place their trust in a reserve currency that is not backed up by a strong institutional framework. Such frameworks—which encompass independent central banks, open and transparent governments, an institutionalized system of checks and balances, and the rule of law—remain the trump card of the U.S. and other Western nations.

The aftermath of Russia’s invasion of Ukraine will have repercussions for the international monetary system. Unless the rest of the world is willing to adopt some of the key characteristics of liberal democracies, however, these changes are likely to be modest evolutionary ones rather than the radical transformation that China and other U.S. rivals would dearly like to see.

Eswar Prasad is a professor in the Dyson School at Cornell, a senior fellow at Brookings, and author of “The Future of Money: How the Digital Revolution is Transforming Currencies and Finance.” An earlier version of this article appeared in Barron’s Magazine. 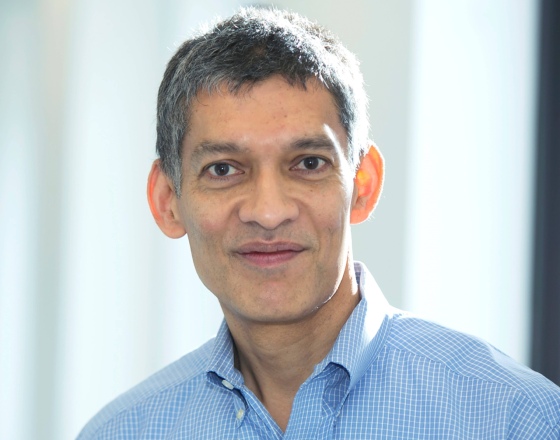