29.11.2017
Three European airlines went bankrupt in 2017. Italian national carrier Alitalia, the second biggest German company Air Berlin and the British Monarch Airlines. The latter is the biggest bankruptcy of an airline in the UK. 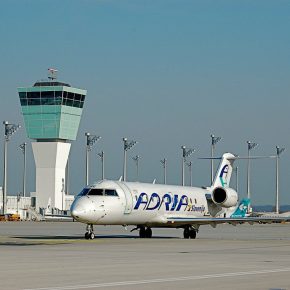 European short-haul market has become increasingly competitive in the last two decades due to an aggressive entry of cheap airlines, symbolized by the Irish Ryanair, Hungarian Wizzair and the British easyJet. 15 years ago, budget airlines had only 9 per cent of European market share; today it is 43 per cent. Traditional carriers had to catch up by using some practices of low-budget airlines, such as additional baggage costs. Rise in capacities turned the profits down, as the fragmented European air transport market cannot grow as quick as the airlines’ managers would like to. This capacity rise is evident in countries like Spain. Because of the terrorist threats, carriers dropped the number of flights to Egypt, Turkey, and Tunisia in the last two years, and the tourists turned to Spain. There was a rise of 16 million passengers and 14 per cent bigger capacities. On a mature market, this is practically unprecedented level of growth.

On the populated European market, 217 companies compete for the passengers. In a very competitive environment, national carriers begin slowly to change their managements and conduct. Previously part of the national budgets, these carriers turn to market structure. Such is the Slovenian national airline Adria Airways. From a humble start of an ex-Yugoslavian charter company, it became Slovenia’s national air carrier and set up a network of scheduled flights around Europe primarily to serve the needs and interests of newly independent Slovenia. With leasing and buying new planes, Adria Airways began to provide connections between Western Europe and Balkan cities (Sarajevo, Skopje, Ohrid, Tirana, Kosovo, Banja Luka, Podgorica). However, the Slovenian government couldn’t afford the needed reforms and modernization of Adria Airways to make it competitive on larger scale. Parts of the company were separated and reorganized as private enterprises.

Starting from 2010, Adria Airways accumulated huge losses. The Slovenian government decided to sell shares. In March 2016, 4K Invest, a Luxembourg-based restructuring fund, acquired 96 per cent of shares. A fund with German money coincided with another German investment – Fraport has bought the Ljubljana airport Brnik. In several months, the recapitalization of Adria Airways had its visible effects. In early summer this year, Adria Airways bought 99,1 per cent of shares of the Swiss Darwin Airline. Now it operates under a new name, Adria Airways Switzerland and soon its aircrafts will be painted in traditional Slovenian colors.

Adria Airways is focused on Balkans and CEE (Warsaw and Prague are the major destinations), while the Swiss company is traditionally oriented to the Central Europe and south-western part of the European continent. It is a better mix of interests than the previous Darwin Airline’s partner Etihad. Three years ago, the Arab airline bought a third of this Swiss carrier and it worked under a name Etihad Regional. But, Etihad is one of the biggest airlines in the world, and it didn’t have much understanding for a small, regional carrier. Thus a merger of Adria Airways and Darwin Airline may be mutually beneficial. Darwin connects Lugano with Zurich as its prime destination, but five of its airplanes are used by Alitalia (where Etihad has a large share too, but this contract will soon be over). There are serious talks that Adria Airways (in fact 4K Invest) may take over the Croatian national carrier Croatia Airlines or Montenegrin one – Montenegro Airlines. Meantime, Montenegro Airlines denounced these rumors.

It seems 4K Invest is, in fact, having problems with financing the Adria Airways and the goals presented by the new management. The company still generates losses, and new owner obviously cannot find a good strategy to overturn the trend in company. Thus, in September 4K Invest decided to sell Adria Airways’ last asset – its brand. The balance will show that Adria Airways achieved EUR3m net profit, but it is not a result of a significant business growth but an one-off transaction. The buyer is not known to the public, but will pay several hundred thousand EUR annually for the brand.

Compared to the situation 3-4 years ago, Adria Airways expanded its fleet, increased frequencies, introduced new routes, purchased Darwin, decreased losses (even if the sale of brand is not taken into account). Not bad for less than two years of denationalization and new ownership. Adria Airways retains its status in the Star Alliance, one of the world’s largest global airline alliances. It makes easier to lease the aircrafts, and indeed the Slovenians extended the leasing terms of its Airbus A319 jets until 2022, while the other two until 2024. Four CRJ900s will stay in the fleet at least until 2022. There are now negotiations to purchase twelve Sukhoi Superjet 100 aircrafts from June 2018 onwards.

National airlines as a symbol of a nation

Beyond the mere economics, Adria Airways still preserves its national status in the Slovenian mindset. Selling the brand was not well received by the public. The airlines have large power in transport control but can also have a significant political meaning. Many smaller countries have to plan their airline routes to the politically significant countries. Croatia Airlines, for instance, at one point cancelled its Moscow flights and increased number of flights to Brussels, despite the fact that the number of passengers was smaller. Today, Croatia Airlines is looking for buyers as the government cannot sustain the losses.

National airlines are a way for a country to define itself, along with its flag, national anthem, and currency. The colors, elegancy and other symbols, these state-of-art aircrafts are truly national wings in the sky. However, national airlines are struck by the same problems, be it the world famous British Airways, regional leaders such as Romanian Tarom or Czech Airlines. They all are overregulated, overstaffed, with excessive debt, political interference and often poor management.

Most of experts think that governments have no business being in airline business. The Slovenes accepted this idea. They had to find the right private sector partner in addition to investment funds and successfully passed through tricky privatization and reform processes to rescue poorly-performing national airline. 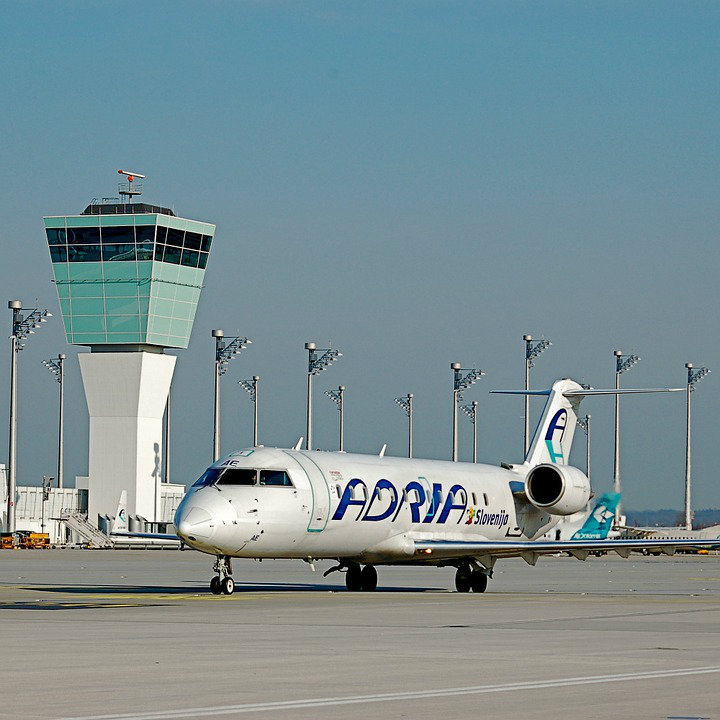