2020 gives a big promise of Japanification

10.03.2020
After a year of panicky anticipation of a new recession scheduled for 2020 in Europe, on the brink of this fateful year, when only a little more patience had to be tolerated for a new economic drive, the consensus among economists and analysts had changed. 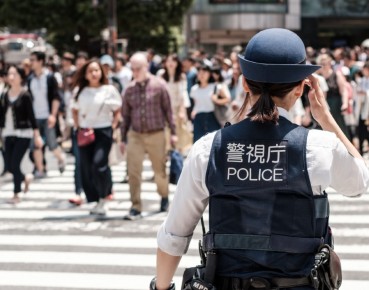 According to the new one, the recession has been cancelled and it is not known when it is coming, but it will, therefore, be replaced by a long period of creeping growth, or what is popularly called Japanification.

A synonym for prolonged stagnation, it was created in the late 1980s and early 1990s when speculation and high inflation went wild to curb Japan’s sharp rise in interest rates, bursting the credit bubble and crashing stock markets. Predictably, the bursting of the bubbles resulted in a pile-up of debt-laden financial institutions that the state had kept alive for a long time through recapitalization and other measures, though they were incapable of continuing to function in the market. To make things worse, these banks then forwarded the money to equally burdensome companies, creating a zombie economy based on de facto failed banks and companies. The clean-up began in 2001, but in the long run, the economy has never returned to stellar 1980s growth rates. Japanification, secular stagnation, or whatever name it may be, signifies a decades-long state of very low potential and current GDP growth rates, accompanied by long-term trends in declining inflation rates, overall factor productivity and interest rates. The inflation rate in Japan is not only too low but often negative, despite the unnaturally low unemployment rate, an expansive monetary policy of maintaining zero interest rates, with extremely high public debt and considerable fiscal stimulus measures.

The concept of Japanification is, surprisingly, inspired by Japan and its lost decade during the 1990s, in which one of the most developed countries in the world could not get rid of the combination of low growth, inflation (and even deflation), interest rates and demand. It did retain its high public debt. Japan has the largest public debt in the world, which is around 240 per cent of GDP, although it is mostly domestically owned. In the meantime, the problem has grown so much that the following decade has been added to the ‚original’ decade, and it is increasingly certain that Japanification will soon refer to the ‚three lost decades’.

Something similar threatens the European Union, which has more or less all the ingredients needed to mimic the Japanese case and, according to many, is already in the Japanese scenario after a prolonged period of negative interest rates, especially since it seems that this situation will last. Due to the problem of demographics, a high propensity to save in the absence of a pension system, too many people working part-time and temporary jobs, have also contributed to structural reforms to increase flexibility in the labor market, while deflationary movements reduce business expectations and entrepreneurial income. At the same time, the dampening growth of employee benefits and the relatively high proportion of the poor are adversely affecting consumer optimism. In the case of Japan, the country has fallen victim to globalization and liberalization, that is, it entered a frenzied race to increase competitiveness and productivity, which the structure of the economy and the time required to make an adequate return on innovative technological investments could not keep up.

Other factors guide Europe towards the Japanification through a long-term stagnation scenario. The EU as a whole destroys itself by over-bureaucratizing, standardizing, directives and regulations of thousands and thousands of pages. They are often the result of lobbying by the most powerful industry groups in Europe, where certain technological solutions and systems are being legally replaced by new ones, which are also heavily funded by the EU budget, to give opportunity for extra profits in the innovations implemented, but the problem is that these innovations, while necessary, do not lead to greater efficiency and productivity. This, in turn, leads to a perpetual call for reform, flexibility and liberalization, which may lower the final price of the product to consumers, but also mean greater uncertainty for workers and entrepreneurs.

So far, monetary policy activity has only succeeded in preventing the worst-case scenario, the recurrence of a serious recession, but not maintaining higher growth rates. Looking at the Japanese example, the question also arises as to how much the inclusion of fiscal policy and additional stimulus by spending as regularly called upon by the European Central Bank, in fact referring to Germany, can reverse the declining trend. In this long period of stagnation, Japan has also tried fiscal stimulus, but with very limited success, so it is questionable whether higher government spending can stimulate sustainable growth at higher rates. Savings in banks no longer yield returns. Moreover, data from the German central bank shows that almost 60 per cent of banks in that country calculate negative interest rates on corporate deposits, and more than 20 per cent do so when it comes to household deposits. Nevertheless, household savings are increasing significantly in many EU countries. In the European Commission, they call this trend „austerity saver”. There are more reasons for this, but the most important is that people are less optimistic about the future, and worsening economic conditions heighten fears of rising unemployment and falling income. Therefore, they are increasingly saving and reluctant to make major purchase decisions, such as a home, an apartment and other durable goods. Besides, low-interest rates, it is assumed, affect people so that they actually save more in order to achieve the set goal. In any case, low-interest rates are no barrier to the growth of savings. However, it is not just about saving at banks, but also other financial institutions, such as pension funds and insurance companies.

Despite numerous criticisms of low or negative interest rates, the European Commission believes that the positive effects, which include, among other things, cheap government debt financing, prevail. But in recent years, many countries have significantly reduced debt and balanced their budgets, thus raising the issue of fiscal criteria defined in the Stability and Growth Pact. The beneficiaries could also find poorer households, which have modest assets and the ability to take, for example, low-interest housing loans. It is now possible to obtain a home loan at an interest rate of less than three per cent. The fight for clients will only intensify. Traditionally, low-interest rates, below inflation, have been thought to be detrimental to creditors, which diminishes the real value of assets. However, the rise in prices of financial assets, such as stocks and bonds, as well as non-financial assets, among which residential real estate stands out, has at first increased property inequality. Thus, young generations, who are just getting employed and have not yet accumulated significant assets, are paying for the real estate much more, which somewhat negates the beneficial effect of low-interest rates. The main concern associated with extremely low-interest rates is to limit the effectiveness of monetary policy in the event of a slowdown in the economy. Additional waves of monetary policy loosening have diminished favorable effects, and are increasingly exacerbated by negative effects, such as inflating financial bubbles, higher risk-taking, weakening the banking sector and inefficient allocation of investments.

A loose monetary policy leads to financing too many unproductive investments and business activities that actually support stagnation, rather than leading to greater growth. Investment in real estate, housing and construction are generally examples of such investments, but these are very often technologically intensive activities where today’s innovations in technology do not allow for the momentum of the economy as in earlier periods of technological revolutions. This has long been a problem for both Japan and the European economies, including favored investments in green technology, green energy, electric cars, artificial intelligence and so on. All of this means that 2020 will bring stagnation instead of the expected deep recession and a loud bang, which, so viewed, is good news. It also means that the dire economic consequences that the world has witnessed after 2008 are unlikely to repeat today, but the lack of growth, low inflation and deflation changes, high levels of job insecurity and uncertainty, negative interest rates eroding pension systems, increased government allocations, consumer pessimism and accompanying entrepreneurial pessimism, and rising inequality are far from desirable.

Although savers appear to be the biggest victims of the phenomenon of low-interest rates, they are not a particular incentive for investment either. Cheap money is on the table, but only a few take it. Bank loans to Eurozone companies are on average slower to grow than nominal GDP growth. In the conditions of weak economic growth, companies simply have no interest in expanding their business. According to the latest EC forecasts, Europe is entering not only a prolonged period of low-interest rates but also economic growth driven by German production for years, thanks to exports, especially to China. Many other European manufacturers have also profited with Germany. The public sector seems to be imposing itself as a more unprofitable investor in a period of low-interest rates. The OECD has urged governments these days to take „emergency measures” to improve the prospects for economic growth in the medium term. This international organization believes that developed economies, “with bold public investment”, should encourage private “investment in new energy technologies and digitization”. Besides, banks do not want to embark on riskier investment projects, so various national or European initiatives are expected to better fill these gaps. 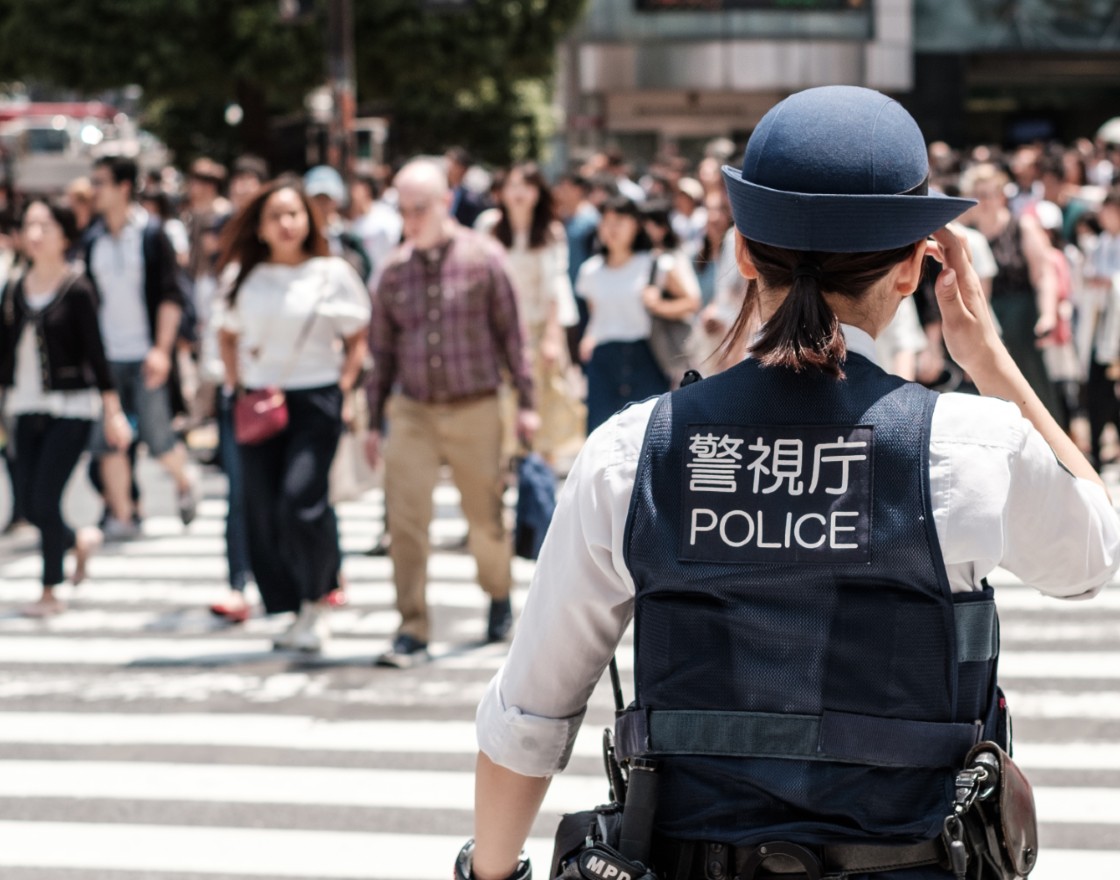