A difficult year ahead for Ukraine

07.05.2019
The forecasts for the growth of the Ukrainian economy are being revised downward. At best the country is facing stagnation this year, and at worst – an economic collapse. 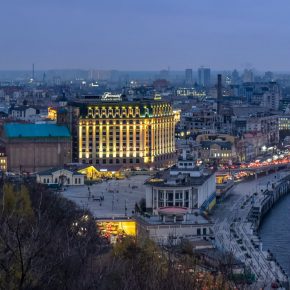 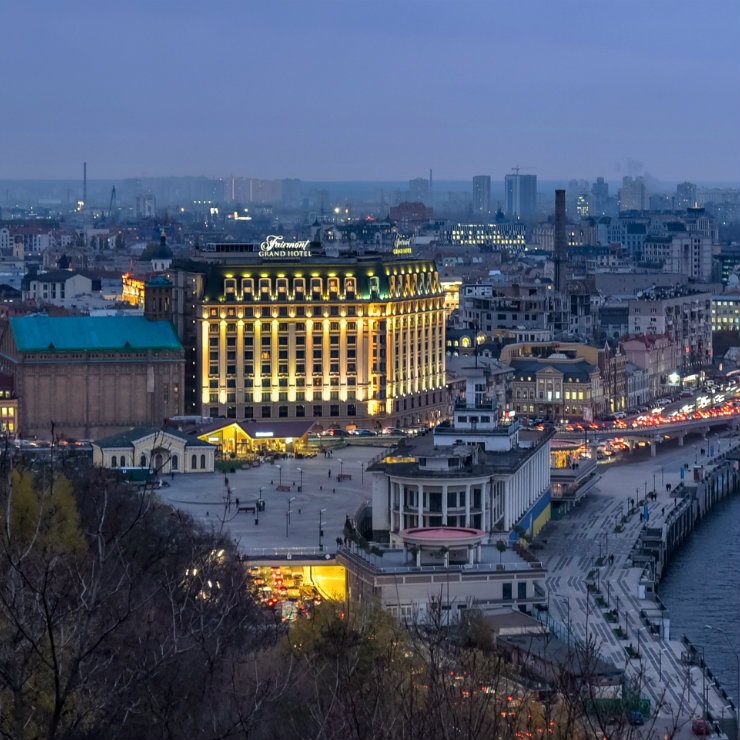 This year Ukraine’s GDP growth should amount to approximately 3 per cent. “We anticipate investment in the development of education and medicine, as well as projects relating to the energy industry and the development of road infrastructure. The priority is to strengthen the national economy and to create new jobs,” said in January the Ukrainian Prime Minister Volodymyr Groysman.

Meanwhile,at the beginning of the year, the Ukrainian central bank, the National Bank of Ukraine (NBU), presented conservative forecasts. It saw reasons for concern both at home and abroad. Among the external threats that could harm Ukraine’s economy, the NBU includes the possibility of further, open military aggression from Russia. In this context it pays particular attention to the development of the situation in the Azov Sea basin. According to the NBU, other threats include a no-deal Brexit, the United States’ trade wars with China and other countries, and a slowdown in the global economy. Analysts at the NBU believe that these possible developments could result in an oversupply of commodities and a fall in their prices on the global markets. This could hurt Ukrainian exports, lead to a reduction in the inflows of foreign exchange, lower the value of the UAH, and consequently contribute to higher inflation. Another risk mentioned by the NBU is the possible decline in foreign investors’ interest in pursuing investments in developing countries, including Ukraine.

Internal threats include a deterioration of the inflation expectations in the context of the new political cycle, as well as the economic emigration of Ukrainian citizens. The outflow of the labor force will strengthen the disproportions between supply and demand in the labor market, which will result in further wage growth. It will also exacerbate the shortage of skilled workers. This risk has become even more pressing after Germany and the Czech Republic decided to liberalize their labor markets and to open them more widely to employees from Ukraine.

The inflation projections of the NBU have increased. In autumn 2018 analysts at the NBU predicted that this year’s inflation would amount to 6.3 per cent. However, in January this year, the NBU revised its forecast and expects annual inflation to reach 7 per cent.

Experts from the European Bank for Reconstruction and Development (EBRD) mentioned three main tasks that in their opinion Ukraine will have to face this year. These are maintaining macroeconomic stability necessary in order to attract foreign capital, reforming the energy industry, and reforming the state-owned banks and preparing them for privatization.

The baseline scenario for the Ukrainian economy in 2019 is maintaining stability, but the implementation of this scenario will require close cooperation with the IMF. “If this cooperation is successful, Ukraine’s GDP should grow by 3.5 per cent, while the inflation rate should fall to 7 per cent y/y,” said the economist Anders Aslund from the Atlantic Council. In his assessment, there is an 80 per cent chance for the implementation of this scenario. However, in reality such a scenario means stagnation at best, as according to the estimates of economists, in order to begin making up for the economic slump, Ukraine should grow at a rate of 6-8 per cent annually.

In the adverse scenario presented by Aslund in January, Ukraine could experience a genuine disaster — the country faces the risk of a drastic devaluation of the UAH, whose exchange rate could fall from the level of UAH27/USD1 to UAH40/USD1. In this situation, annual inflation would rise from 10 per cent to 50 per cent, and there would also be a decline in Ukrainian GDP growth. As a result, a huge wave of workers would emigrate out of fear of poverty. “In such a situation, white-collar workers from Kiev will dream about finding work as a taxi driver or a waiter in Poland, just so they can break out of the vicious circle of poverty and move their family out of Ukraine,” said Mr. Aslund.

Oleg Ustenko, an economist from the Blazer Foundation, believes that 2019 will be a time of exceptional challenges for Ukraine. The researcher emphasizes, much like the NBU, that the country faces both internal threats, as well as the risks associated with the external situation. The upcoming global crisis will hurt the main items of Ukrainian exports and, consequently, the country’s budget revenues. This is primarily due to the expected decline in commodity prices, and Ukraine’s exports are based precisely on the sales of commodities that are either unprocessed or only processed to a negligible degree. “A 10 per cent reduction in the prices of metals and cereals on the global markets means a decline in revenues equivalent to 3 per cent of Ukraine’s GDP,” estimates Mr. Ustenko.

The weather will have the last word

A global crisis will not only cause a hole in the national finances, but will also lead to a further decline in the already low level of interest of foreign investors in Ukraine. In this situation it can be expected that the government will try to issue its debt securities on international markets in an attempt to obtain financing that can be used to patch the holes in the balance of payments. However, Ukraine is only able to find willing buyers for these securities if their interest rate is higher than 10 per cent per year. After all, in the “non-crisis” year of 2018, Kiev had to offer investors an interest rate of 9 per cent on its Treasury bonds.

The end result of such policies will be very unfavorable, although somewhat delayed in time. Such problems will be faced not only by the state, but also by the private sector. According to Mr. Ustenko in such a situation entrepreneurs could have a problem with servicing their debts (the total value of the private sector debt has already reached USD50bn).

Hlib Vyshlinsky from the Kiev-based Centre for Economic Strategy said that there is a powerful brake that can stop the Ukrainian government from taking overly risky actions — paradoxically, it is the country’s foreign debt. Over the next three years, Ukraine will have to pay back USD20bn to its creditors — the equivalent of the country’s entire foreign exchange reserves. That is why, in Mr. Vyshlinsky’s opinion, the baseline scenario for this year is the continued stability of the UAH’s exchange rate and of the inflation rate.

The problem is that financial stabilization alone will not guarantee the fast rate of development of Ukraine’s economy. Mr. Vyshlinsky added that the country also needs economic reforms, starting with the creation of an anti-corruption court that would be independent of the politicians. And although this reform is not directly related to the area of the economy, it may turn out to be the most important one for business.

Ukrainian experts also point out this year’s forecasts that Ukraine, like few other countries on the European continent, is strongly dependent on a factor that is almost completely neglected today in the context of the economy, that is, the weather. This is because one third of the country’s foreign trade is the export of agricultural products. A possible decrease in yields, caused by unfavorable weather conditions, and the resulting decrease in the exports of the agricultural and food sector, could have a strong negative effect on the entire economy.