A meat-free revolution not only on the plate

03.04.2020
In 30 years, there will be 10 billion people on the Earth. This requires a massive increase in food supply, something that traditional meat production can no longer afford. So, the world is considering alternative solutions more seriously. 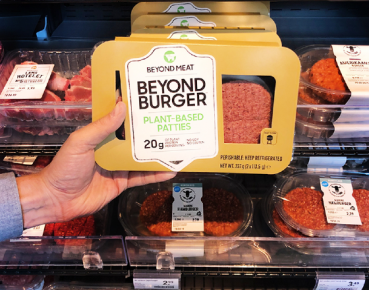 It is primarily the fast-growing middle class that will determine the demand for meat and its products. In 2009, its population reached 1.8 billion, in 2020 it will reach 3.2 billion, while in a decade it may amount to almost 5 billion people. The increasing wealth of the Chinese population prompted an increase in meat consumption from 20 kg per capita in 1991 to 55 kg today. In 2030, the middle class in Asia will account for 59 per cent of global consumption.

Meat production is very ineffective, considering that almost 50 per cent of the world’s grain or soya bean harvest is used for feed production. Direct consumption of arable crops accounts for only 37 per cent of the collected harvest. According to FAO (Food and Agriculture Organization of the United Nations), to obtain one kilogram of beef, as much as seven kilograms of grain are required, and four kilograms for pigs. If the beef should be ready for consumption, then as much as 25 kg of grain and up to 15 thousand liters of water are needed.

In terms of supplied calories, meat production might be considered wasteful since it increases the number of available calories by only 7 per cent. Moreover, meat in developed countries is consumed in excess — between 200 and 250 grams per day, while the UN nutrition recommendation is 80-90 grams. Thus, it can be said that without meat production, crops can feed a population almost twice as large as today.

Meat production also means significant environmental damage. Approximately 30 per cent of the land is associated with meat production. Meanwhile, the global land area is shrinking due to climate change and urbanization. In 1970, the world average area per capita was 0.38 hectares, in the middle of this century it will be only 0.15 hectares. Agriculture uses as much as 70 per cent of the available water sources (excluding rainwater). Crop intensification is slowly reaching its limits, although the use of digital technologies may reduce animal feed consumption by about 10 per cent. However, weed resistance to chemicals is increasing and the antibiotics used in breeding cause resistance of increasing human population. It is worth noting that livestock “consumes” 80 per cent of antibiotics (data from the USA). In addition, its breeding is responsible for 18 per cent of the greenhouse gases emitted – more than the sea, air and land transport combined.

Meat production is a huge business belonging to the global food production chain equivalent to 10 per cent of global GDP. The developed agriculture employs 30 million people who produced feed worth about USD 600 billion in 2018. According to the consulting company ATKearney, the value of the entire meat market reached approximately USD1 trillion. This means more than 50 billion slaughtered animals per year, which translates into 327 million tons of meat.

The biggest producers are American companies Hormel Foods and Tyson and Brazilian JBS, and over the last few years the market has rapidly consolidated. However, even the tycoons can see changes in consumer attitudes and introduce alternatives in the form of vegetable burgers, sausages and nuggets to the store shelves. This is not only out of concern for one’s own image, but also an attempt to fit in new trends and build new business industries.

Global meat industry players such as Cargill and pharmaceutical companies e.g. Merck are key investors in start-ups developing meat alternatives. Also, technological tycoons invest in them, including Bill Gates, Richard Branson and Google founder Sergey Brin. Venture capital investments in this sector amounted to USD900m in 2018, while the largest company in this sector, listed on the U.S. stock exchange, Beyond Meat, was worth USD7.2bn in mid-January, which is almost five times more than at the time of its listing in May 2019.

Traditional meat has more and more alternatives. Vegan substitutes have been available for several years and they are produced on the basis of tofu, seitan obtained by washing out starch from wheat flour, mushrooms and jackfruit. They contain no eggs, gelatin or milk. Nevertheless, it is still a niche market, just like the one where vegetable products are “enriched” with meat additives.

However, a segment relying on insects is developing. More and more companies sell fried beetles or crickets as ingredients for hamburgers or insect meatballs. This is a much cheaper method of acquiring protein than in the case of meat. Cricket flour is a valuable food supplement and demand for it is growing rapidly. The value of the insect meal market amounted to approx. USD140m in 2019 and the demand will grow at an average annual rate of 45 per cent over the next five years. Barclays reports that the total value of the insect-based food market will have reached USD8bn by 2030. This type of diet, which is also appreciated by FAO, is also advocated due to a much smaller carbon footprint. Insect farming generates 100 times less greenhouse gases than cattle breeding. The greatest opportunities for insect-based food exist in Asia, where 2 billion people include it in their diet. On other continents, however, a much greater cultural barrier exists.

So far, technologically advanced, plant-based meat substitutes with the use of hemoglobin and binding agents acquired through the fermentation of selected plants have been gaining the greatest recognition on developed markets. In 2018, the total value of this market amounted to USD4.6bn, with a forecast of 20-30 per cent average annual growth in subsequent years. The key representative is the aforementioned company Beyond Meat, which offers its products in food chains and has introduced plant sausages to the breakfast menu of Dunkin’ Donuts. On the other hand, Impossible Foods, which is worth USD5bn, cooperates with fast-food restaurants, where it is possible to taste meat-free hamburgers, such as Impossible Whopper in the Burger King chain. Other companies operating on the market of vegetable meat substitutes include the American company Just and the French company Feed. Vegan meat may achieve a 10 per cent share of the global market in five years’ time and reach as much as 25 per cent in 2040.

However, laboratory-bred meat rather than plant-based replacements may bring about the biggest revolution in the market. Paradoxically enough, it is not yet available for commercial distribution. Cultured meat, also known as pure, synthetic or cellular meat, is the fulfillment of Winston Churchill’s vision. In 1931, Churchill stated that it was absurd to breed a whole chicken only to consume its breasts or thighs. The process of producing such meat starts with extracting cells from live animals. Theoretically, one cell can be the base for the production of an unlimited amount of meat. This requires a serum containing nutrients in the form of sugars, amino acids and animal blood.

Meat is bred in bioreactors and the result is an identical product as the one obtained from bred animals. The largest bioreactor so far, i.e. a special tank for the production of tissues with a capacity of 25 thousand liters, has been created with the participation of Dr Mark Post in the Dutch start-up Mosa Meat. Based on this idea, the Japanese founder of the Integriculture start-up Yuki Hanyu has equipped a group of students with mini bioreactors for domestic meat production.

On the other hand, the Memphis Meat start-up is able to grow specific types of meat, including the accompanying fat, on the basis of self-reproducing cells. That is how they obtained meatballs in 2016 and a year later — chicken and duck meat. The Israeli SuperMeat works on the technology of chicken meat breeding in shops and restaurants, and perhaps also in private homes. The Chinese interested in importing such products cooperate with Israeli companies. The advantage of meat reared in this way is its resistance to many diseases plaguing animals, such as avian flu or mad cow disease, and the lack of need for antibiotics. The environmental impact is also important. Yaakow Nahmias, a professor at Hebrew University in Jerusalem and the scientific director of Future Meat Technologies, claims that at the stage of mass production of cellular meat, the use of resources in the form of land will decrease by 99 per cent and the emission of greenhouse gases by as much as 80 per cent.  Water consumption will also decrease rapidly.

The biggest problem may be the price. In the laboratory phase, six years ago, a kilogram of synthetic meat cost nearly USD300,000. Last year, it was just over USD100, according to the Israeli company Aleph Farms. If you want to enter the retail chains with your product, you have to reduce the price to the current price levels of meat in stores. Future Food claims that USD10 per pound of meat for a steak is achievable. This is more than for traditional meat, but vegan burgers are three times more expensive than standard ones and find crowds of buyers. Cellular meat will certainly attract the interest of consumers. Half a ton of cellular meat (a cow’s weight) can be reared in 14 days using a bioreactor of the size of a large refrigerator. For comparison, the slaughter age of cattle is 12-18 months.

Whether all of this can be realistic we will see in two years as this is the horizon for the launch of mass production according to Biotech Food. This would mean a revolution not only in the menu. The whole value chain of the meat industry would be more deeply restructured, with a decrease in feed production, slaughtering and meat processing. Perhaps, in addition to specialized companies producing bioreactors and food ingredients, groups of prosumers rearing meat for their own needs would also become active. In 2040, more than one third of meat consumption could consist of synthetic meat substitutes. This would trigger a transformation of agriculture and the food economy, especially that similar changes could lie in store for egg and milk production and fish farming. The future depends largely on consumer response; however, the social climate is improving. 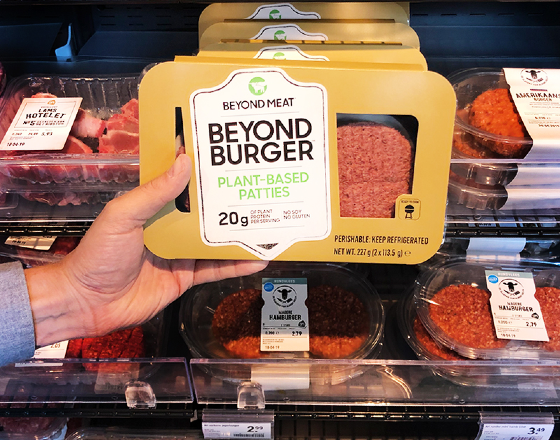