An amber war breaks out in western Ukraine 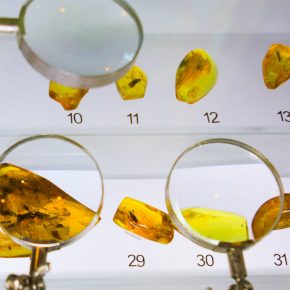 This is a war over amber, as gangs in the Volyn and Polesie regions of western Ukraine  illegally dig up tonnes of the gemstone while hundreds of police equipped with armoured personnel carriers try to stop them.

For years, Ukrainian authorities have been unable to deal with the illegal mining of amber. The forests in the Volyn, Rivne and Zhytomyr Oblasts look as if they had been under heavy bombardment because of the hundreds of holes left behind by the black market miners..

“Illegal extraction is booming and has reached an industrial scale. Whole areas are controlled by the gangs – every now and then there are gunfights between the bands, and even with the local population. The region resembles the occupied territories of Donbas. The military should be sent there,” reported the censor.net news portal.

The main destinations of the illegal trade in Ukrainian amber are the European Union, including Poland, as well as China. The enormous scale of the black market for amber is shown by statistics from the Ukrainian customs service and the police. In August alone, they seized more than 4 tonnes of illegally extracted amber. It is estimated that in 2014 the amber mafia mined 300 tonnes of amber with a value of between USD 400 and USD 5,800 dollars per kilogram (depending on the size – the larger the lump, the higher the price). Only 1.6 tonnes of amber were legally mined last year.

“Ukraine is the world leader in the extraction and export of amber. But it is a secret, because the state budget is not getting a single penny out of it. Almost all of the amber mining in Ukraine is carried out illegally. The gemstone is smuggled out without customs duties and taxes. All the proceeds land on the accounts of criminal structures and the uniformed services. At the same time, the state-owned amber mining company ‘Ukrainian Amber’ is in bankruptcy proceedings. It is as if in Saudi Arabia nobody knew that their country is the leader in the extraction of crude oil and the entire export was organized illegally. Ukrainian amber – one of the best in the world in terms of quality – fills the markets of many cities and in our country there is neither a market, nor centres of trade in this gemstone, nor an industry processing it,” reported the ‘Fourth Estate’.

The diggers vs. the police

The first clashes between illegal amber miners and the police took place in March in the Rivne region. Two hundred diggers clashed with 40 policemen — seven policemen were beaten and several police cars were destroyed. The frequency and scale of the clashes has increased since then

At the end of September, about a thousand Ukrainian security officers equipped with armoured personnel carriers were dispatched to protect public order.. In response, enraged locals blocked the international Kiev-Warsaw highway.

The display of force didn’t work. Hundreds of illegal miners and their supporters have been arrested, according to local media reports. Only on September 28, 193 amber diggers were detained in a police raid.

“In the forest areas of the Manevychi region the police forces rounded up about 2,000 people who were illegally extracting amber,” the Ukrainian Interior Ministry reported in an official statement. The miners resisted and police fired warning shots and arrested some of those taking part in the clashes.

A law targeting the amber mafia

Amber fever began in earnest in September 2010, when the parliament changed the law on amber, ending its status as a semi-precious stone. By December the law was repealed following a veto by former President Viktor Yanukovych. This created a loophole in the regulations on the extraction of amber, which allowed for a free-for-all.

The government promised new legislation regulating the situation, but the proposals have been constantly changing. First there was talk of legalising amber extraction by private individuals and companies, and then on a different occasion plans were put forward to strengthen state control and the official monopoly.

In mid-June, Prime Minister Arseniy Yatsenyuk announced that the government would take control of amber mining and promised that legislation targeting illegal extraction would be brought before the parliament.

At the same time, the Ministry of Ecology and Natural Resources presented an outline of proposed legal changes that would allow private individuals to extract amber. “We will enable the ‘Ukrainian Amber’ State Enterprise to conclude agreements with the local population, who will legally extract amber on behalf of the company. In this way, we will legalize the situation”, announced the Minister of Ecology Ihor Shevchenko.

The illegal miners show no sign of wanting to cooperate with authorities. When the Volyn Oblast suggested creating a municipal company, Volyn Amber, which would handle the extraction and provide work for the miners, they replied they wanted to continue mining independently.

Legal amber could pay off

At the beginning of August, Yatsenyuk announced the introduction of a state monopoly on the extraction of amber combined with strict controls and mining licenses. These changes are to bring UAH 1 billion in additional revenues to the state budget in 2016. http://korrespondent.net/ukraine/3547210-kabmyn-nameren-vvesty-monopolyui-na-dobychu-yantaria The Minister of Finance Natalie Jaresko has calculated that the total increase in state revenues from legalising amber mining — as well as legalising gambling — would amount to UAH 5.5 billion per year, or approx. USD 230 million.

The economist Oleksandr Vovchenko presented even more favourable estimates. In his opinion, legal amber mining could generate from USD 300 million to USD 500 million per year in state revenues.

Vovchenko said that current mining comes mainly from two deposits in Volyn. The legalisation and sensible organization of the extraction process by the state would enable mining in the entire so-called ‘sun belt’ stretching from Volyn to the Poltava Oblast in central Ukraine. The size of these deposits is estimated at 2,000 to 10,000 tonnes.

For now, however, tensions are rising and the police action has not stopped the influx of people who have found a good source of income in illegal extraction.

Amber mining can be a lot more lucrative than formal employment in Ukraine’s stagnating economy. In August, the average monthly wage once again decreased by 3.4%, and earnings of agriculture, forestry and fisheries workers fell by nearly 9%.

Meanwhile, one kilogram of amber is worth the equivalent of many months or even years of earnings in the countryside. It will be very hard to persuade these people to quit digging. We should rather expect that hundreds of others would join the amber rush. 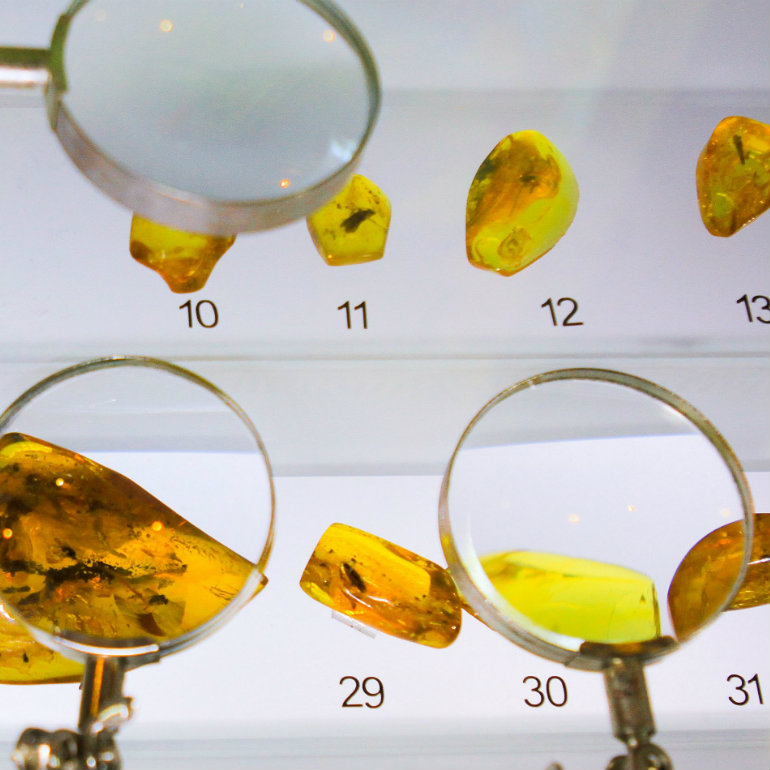