Bad start of the year for airlines

07.04.2020
Aviation industry is the one that probably suffers the most the pandemic. COVID-19 questions the future of several airlines. In end of March, flights in Europe are down some 60 per cent, in the Middle East 45 per cent, but in Asia-Pacific only 30 per cent. 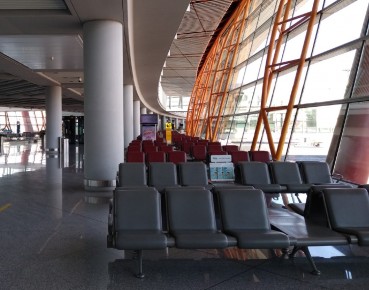 Not so long ago if an airline cancelled most of its flights it would make the headlines in all media. Today, it’s almost impossible to keep track of cancelled flights and closed airports. All airlines are under flight restrictions due to the pandemic.

Their first move was grounding or severely restricting operations of Airbus A380, the biggest passenger aircraft in the world. Australia’s Qantas, which has 12 such aircraft, grounded six of them and replaced them with smaller aeroplanes due to the lesser demand for travel. German flag carrier Lufthansa made a decision to ground its entire fleet of 14 A380s until the end of May. The German carrier has reduced its passenger flights by 95 per cent, cancelling all flights from Munich and offering them only from Frankfurt. Both companies have already mentioned a huge loss of money, as it comes in a time when the German domestic airline business suffers greatly due to the increasing number of high-speed trains.

Soon after that, Korean Air and Air France seized to operate their A380s and there are big questions if the largest passenger aircraft in the world will return at all, as the same has been done by Qatar Airways (which still flies) and Emirates (which suspended all flights from March 25th). As global recession comes in, there will be less and less demand for A380s and this great adventure of European air industry may be just a history.

Everyone is losing money

IATA’s most recent report suggests that potential revenue losses in this year for the global air transport industry will be above USD250bn. Airlines who will lose the most are national carriers and IATA calls on national governments to look for stimulus measures, such as relief on taxes, charges and slot allocations, which was accepted by many national authorities. How serious and quick things are shows the previous IATA’s report from February 20th, 2020, in which estimated losses were USD23,9bn, when most of the restrictions were confined to markets related to China. New estimate is based on the extensive spread of the virus and effects on global aviation akin to the financial crisis of 2008 – and worse.

Help in slot allocations is the first step forward. Currently, many airlines in Europe are wasting money on fuel for the so-called “ghost flights”, i.e. almost empty aircrafts maintaining rights to their slots at the global airport hubs. By the Open Skies European rules, the operator can close their airport slots if they are not being used („use-it or lose-it” rule). If IATA’s recommendation will be honoured, slot usage rules will be suspended immediately. This has been already announced by the European Commission on March 10th, and will hold until October 24th, this year.  The EU Commissioner for Transport Adina Vălean said that: “The temporary measure will allow airlines to adjust their capacity in view of the falling demand caused by the outbreak. Without such a measure, airlines would have to continue to operate flights, even if largely empty, to guarantee their current slots at EU airports, with a negative impact — both economic and environmental.”

By the end of March 2020, flights in Europe are down some 60 per cent, in the Middle East 45 per cent, but in Asia-Pacific only 30 per cent. When looking at the East Asia market, there is a glimpse of hope. Recovery of airline passenger industry is remarkable and quick, first in Chinese national air space and then in Korea, Taiwan and Japan. In mid-February, China saw 63 per cent less flights in time of national quarantine, but now it is only 37,5 per cent. Still, the loss of Chinese airlines is estimated USD5bn in February alone. If evaluations for Europe would follow Chinese example, then early April would be an absolute peak of capacity reduction, when all the repatriation flights will finally bring people home.

In Europe, there are many different options. Italian government already announced it will completely nationalise Alitalia, the national carrier which has already had large financial problems for many years. The German government will pay the shortened working hours, and provide help for liquidity problems or tax relief for Lufthansa. The Norwegian airlines will receive help of USD275m from the Norwegian government and two Nordic banks, and it will continue flying domestically in Norway and Sweden to maintain critical infrastructures, together with repatriation flights to Norway, Sweden and Denmark. The same is done by Finnair, the Finnish national airline, which was the first national carrier in Europe to decide to cut its flights by almost 90 per cent.

Many airlines will have to totally change their business plans and activities. The Polish LOT had big plans ahead in 2020 as its parent company, Polish Aviation Group (PGL) started the year with the acquisition of Condor (last remnant of bankrupt Thomas Cook), but in mid-March had to ground all its flights (but the repatriation flights), and now is considering withdrawing from the merger agreement. According to Reuters the German government is ready to take over Condor. Romania’s TAROM bought nine new ATR 72-600s at the time when it requested millions of the EUR in government subsidies to cover its operational losses (EUR40m in 2019 from EUR28m in 2018), and now is indeed in dire straits. Croatia Airlines will not be privatised this year as planned, because the Croatian government delayed a search for a strategic partner indefinitely. Last year, Croatia had to inject almost USD40m to cover operational losses, but still was attractive for major regional airlines, such as the Greek Aegean Airlines and Air Nostrum (owned by a Spanish flag carrier Iberia). The pandemic will also slow down network expansion of Air Serbia for at least six months. The regional most successful airline, low-cost Wizzair, still flies but to decreasing number of destinations and will probably soon operate only repatriation and humanitarian flights.

Not every airline will survive the pandemic. Europe has already seen one casualty. Europe’s biggest regional airline and the biggest operator at many smaller UK airports, Flybe declared bankruptcy on March 5th. Before the outbreak of COVID-19 and, more or less, global lockdown, there was Brexit. The last strike came early this year, but the problems amounted since 2010, when Flybe has been making losses almost every year. The USD1,3bn investment in Embraer aircrafts in 2010 helped the company to come into a dire situation. Virgin Atlantic, the joint owner of Flybe, laid the blame on coronavirus, but the problems of the company were deeply rooted and connected to Brexit.

The same may be said for Monarch Airlines and Thomas Cook, the other famous British companies that collapsed. The main reason for their quick downfall was a weak GBP against the USD and an equally weak EUR which ended up with more expensive jet fuel and leasing contracts. Flybe’s long-standing competitor, the Scottish airline Loganair, has announced that it will take steps to safeguard the UK’s regional connectivity by launching services on abandoned Flybe routes. In other words, it will add almost 400 new flights per week, which might be an opportunity for Flybe staff and investors. Flybe’s empty slots at Heathrow are already grabbed by the British Airways.

Is there a future?

When airlines industry comes back, and flights resume, it might be a totally different market than before. The fleets might shrink in size, as many aircrafts will retire, particularly Boeing 747s and already mentioned the A380s. These aircrafts are old and less efficient. For a world to reach an economic recovery, reinstallation of efficient air traffic is paramount. This will also depend upon bailouts of important airline companies. In the US President Donald Trump wants USD50bn for saving major airlines, such as Delta, American Airlines, and United. In Europe it is more challenging, as the national governments would have to pour their money into national carriers to ensure their return to the market. The United Kingdom government announced there will be no blanket bailout of the UK’s airlines and any rescue deal would be formed very rarely, if at all, on an individual basis. If this would happen, UK government would likely take equity stakes in some airlines, but only if it would be “completely necessary to save an otherwise viable business”, as suggested by UK chancellor Rishi Sunak. Nothing is being said about the airports, as many smaller airports nationwide might close their doors indefinitely.

In the coming months there would be probably more direct financial support to passengers and cargo carriers to compensate for reduced revenues and liquidity. Loan guarantees and support for the corporate bond market will be given by the national governments and central banks, with special extensions or guarantees. Debates are still ongoing, but along with a temporary waiver of ticket taxes and other government-imposed levies, tax relief is expected at least for the national carriers.

According to The Economist many airlines still hope that global passenger numbers will repeat previous crises in the aviation industry, such as the aftermath of the terrorist attacks in September 11th, 2001, or the financial crisis. Then, after ceasing operations by many airlines for few months, business went back to normal and even expanded. 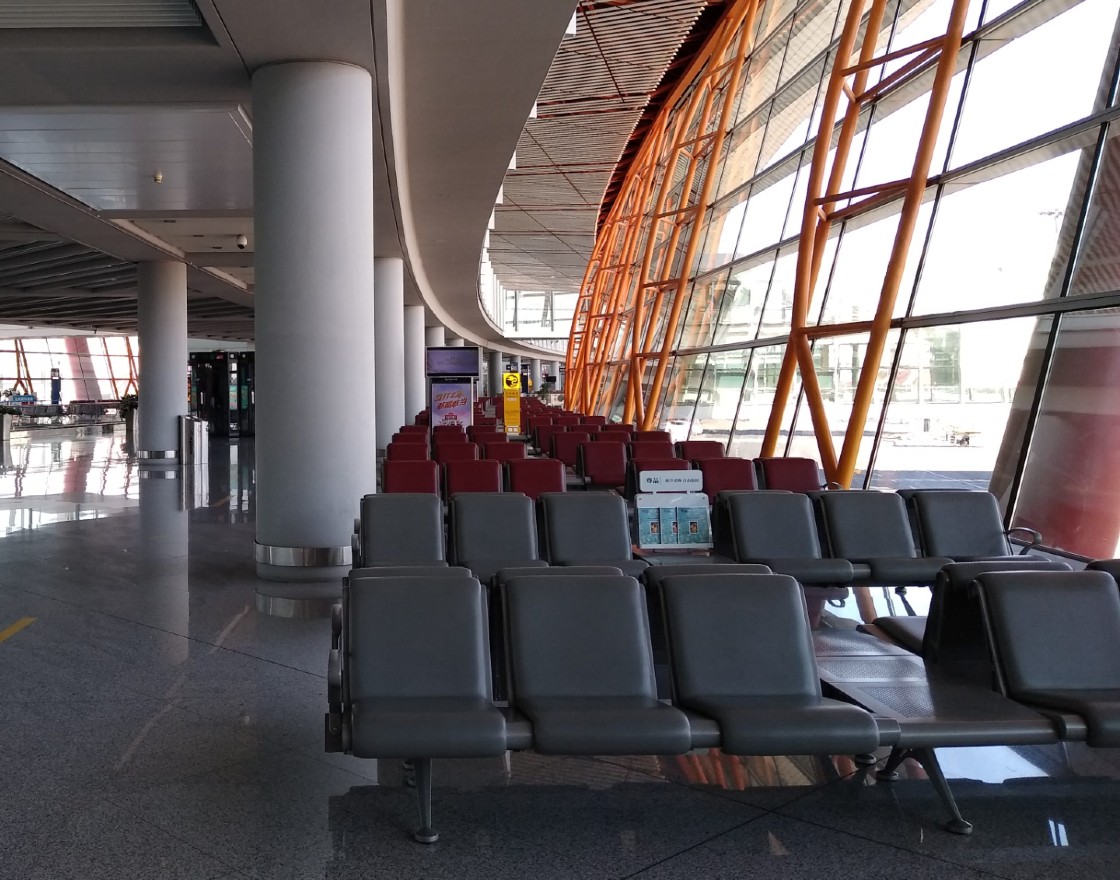