Banks have to find new funds

29.10.2012
For most banks loans from parent banks are the cheapest form of loan funding. The crisis has dried out that source, however, so banks have to devise new methods to raise the necessary capital – claims Andrzej Topiński, Chief Economist of the Credit Information Bureau.

Obserwator Finansowy: When will banks run out of funds for lending?

Andrzej Topiński: They are already short of funds. Admittedly, although banks still have funds for consumer loans, most of the decline in the volume of which is attributable to the regulations of the Polish Financial Supervision Authority (KNF) to be amended soon, by the way, nonetheless, mortgage loans have featured a considerable decrease for the third consecutive quarter, and liquidity-related problems appear to be a significant factor of that fall.

Do banks have too few deposits to grant loans for home purchase?

They have little funds to finance long-term loans. This affects both housing loans and investment loans. Whereas their loan portfolios are still under development, they are small. Consequently, loan repayments are small and cannot serve to finance new lending. New lending may only be financed from new funds. But deposits are growing at ca. PLN 60 bln p.a. for the time being and new mortgage loans are standing at ca. PLN 50 bln. Respectively, Polish banks are facing a serious problem of gaining funds over the next 10 – 20 years.

What banks may do in this situation?

The problem of insufficient funds may be solved, i.a., through foreign financing. Foreign-owned banks draw from credit facilities granted by their parent banks.  This creates a risk that if their foreign owners get into trouble, those credit lines will expire. We shall see, apparently the picture does not look so bleak at the current juncture.

It is also possible to issue bonds abroad. PKO BP has announced its intention to increase long-term financing sources up from 5-6% of their balance sheet to 8-10% in 2 – 3 years. In August the bank issued 5-year bonds in an amount of CHF 500 mio, and in September 10-year bonds in an amount of USD 1 bln. The bank claims that as a result of those issues a half of its mortgage  portfolio in foreign currencies is financed from long-term sources.

Why do our banks continually take such a modest recourse to foreign issues of debt securities?

Apparently it is neither easy nor cheap to issue them. For sure, credit lines issued by parent banks prove a more favourable solution for Polish banks. The parent banks may gain cheaper funds from the market if their capital position allows so. PKO BP lacks access to such funds, hence it goes into bonds.

So you see no option to increase the deposit base from domestic funds?

A 10% annual growth in deposits does not solve the problem of obtaining liquidity by banks to expand their portfolios of housing loans and long-term investment loans. Besides, deposits – by their very nature – are a short-term instrument. Needless to say, offering deposits for longer periods would be advisable, but even if banks begin to extend the periods of deposits, the prolongation of a 6-month deposit up to 12 months is of marginal significance for the stability of long-term loan financing. It fails to respond to the problem of financing 30-year loans.

And what about bonds on the domestic market?

They require creating demand and the market. This segment offers a very promising outlook, but the chance it will develop soon is rather small. Who is going to buy the bonds and for what price? The decrease in the capital-funded part of the  pension scheme is not conducive to the development of the long-term bond market. If such a market comes into existence, it may also reduce the deposit base, unless the State curbs its borrowing needs.

There must be a demand for bonds. The bonds sell when they are liquid. Their term to maturity may stretch up to more than 10 years but the investors look expect the market to be liquid. Yet another way to attract and accrue liabilities is via covered bonds, i.e. mortgage bonds or debentures. It has been 10 years that the relevant legislative framework has existed for issuing those instruments, yet the market is not fully fledged yet. On the other hand, looking ahead, a prospective market of covered bonds, i.e. mortgage bonds or debentures, is a very attractive option given the problems faced by the Polish banking sector.

And borrowing needs of the Polish economy will be rising…

At the current juncture the value of investment loans with the maturity of over 10 years is only ca. PLN 40 bln, of which PLN 15 bln is denominated in foreign currencies, and  we should bear in mind the investment needs in Poland’s construction and road infrastructure projects. The amount in question is hardly exorbitant if compared to ca. PLN 320 bln of mortgage loans. The corporates, not only banks, fund themselves abroad, if they only can. This form of funding is cheaper for them on account of the interest rate disparity. Any enterprise that can obtain foreign funding and cover the exchange rate risk, e.g. through exports, raises its funds abroad, optimally from a mother company, if any.

On the other hand, large investments are in the pipeline, besides the infrastructure we may also mention power sector, maybe a nuclear power station, shale gas exploration… Those render into tens if not hundreds of billions of zloty within the nearest years. Where should we take the money from?

The problem of long-term financing sources may only turn more severe. It is not existent in the developed economies because the funds are circulating, as it is in Poland in the consumer loan market.

Does it mean that the mortgage loan boom from the years 2005-2007 has depleted the further potential of  financing the economy?

A couple of years ago banks did not yet finance the demand for loans from their deposit base. A loan boom was financed from deposit surplus. Currently, there is no deposit surplus.

Where are the major risk areas in the Polish banking sector?

Does the future look also good?

Mortgage loan performance develops on a decent ratio. These however are new long-term loans, so the future developments are yet to be seen. The interest rates fell worldwide and absorbed shock caused by the zloty depreciation on the level of a loan installment. Households, in statistical terms at least, have felt no crisis as yet. Though unemployment has risen, the employment has ebbed down only marginally, the real wages have also been creeping up. But if the labour market collapses, on the back of economic downturn, it may hit  the households in the times to come.

Are there many bad consumer loans?

The quality of consumer loans has considerably improved. The historical „residue” of bad loans remains significant but banks have created the required provisions, so the loans pose no threat to the banks. The consumer loans granted in 2009 and more recently have been of much better quality than those of the preceding years. In the segment of loans for households, housing loans and consumer loans, the situation in the banking sector is entirely stable and safe.

Andrzej Topiński is Chief Economist of the Credit Information Bureau (Biuro Informacji Kredytowej – BIK), prior to that he was the President of the bank PKO BP  and acting President of the NBP.

The Author works for the economic section of „Rzeczpospolita” daily. Prior to that he was the editor-in-chief of the economic service of Polish Press Agency PAP-Biznes. 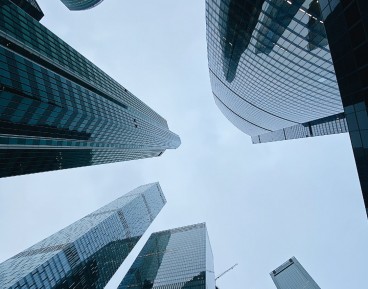