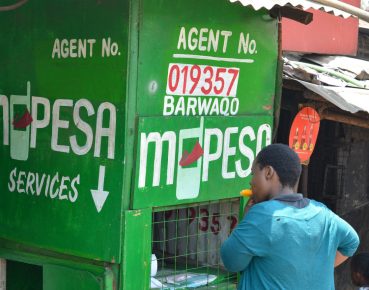 The big-tech companies have grown significantly over the past 20 years. Their business model is based on enabling direct interactions between large numbers of users. One important byproduct of this activity are the large sets of user data which are subsequently used to offer complementary services. This, in turn, results in greater user activity, which generates even more data. Some of the big technology companies have utilized the advantages resulting from their user networks and datasets and launched business activities in the financial services sector — including in the field of payments.

Payments were the first financial service offered by the big-techs. Their primary objective was to overcome the lack of trust between the buyers and sellers on e-commerce platforms. The buyers expect the delivery of goods, but the sellers are only willing to deliver the goods after payments for the goods have been confirmed.

Payment services, such as those provided, among others, by Alipay (owned by Alibaba), enable guaranteed settlements and/or refunds for the buyers, and are fully integrated with the e-commerce platforms.

New payment services provided through mobile network operators have also emerged in some regions of the world where retail payment systems are less developed (e.g. M-Pesa in several African countries). Over time, the payment services provided by big technology companies have increasingly emerged as an alternative to other electronic means of payment, such as credit and debit cards.

There are two main types of payment platforms operated by big-tech companies. In the first type users rely on the existing third-party infrastructures, such as credit card or retail payment schemes, to process and settle payments (e.g. Apple Pay, Google Pay). In the second type, users can make payments that are processed and settled within a given technology company’s proprietary system (e.g. Alipay, M-Pesa).

The payment platforms of big-tech companies are competing with the platforms provided by banks, but they are still largely dependent on banks. In the first type there is direct dependence, while in the second type users still need a bank account or a credit/debit card to channel money into the payment networks.

Big-tech companies hold the money used on the payment platform on their own regular bank accounts and send it to the bank accounts of users when they demand payment. To make settlements with banks, big-tech companies once again need to use the services of banks, because they do not participate in the existing interbank payment systems.

The payment services provided by technology companies have been particularly successful in China and Kenya. As many as 90 per cent of Kenyans over the age of 14 use M-Pesa for payments, while the value of e-money transactions in China, on platforms such as WeChat Pay and Alipay, exceeds the total value of Visa and Mastercard transactions worldwide, and represents approximately 16 per cent of China’s GDP.

The development of mobile phones utilizing the capabilities of online platforms has accelerated the popularization of e-finance. In the case of China, huge government investments in the telecommunications infrastructure have given mobile devices reliable internet access throughout the country’s territory.

Due to the rapid and competitive growth of payments made through the new platforms, Alibaba and Tencent quickly dominated the payment clearing and settlement activities of hundreds of banks (even though this mostly applies to relatively low amounts). For this reason, the Chinese authorities decided that from July 2018 all payments would be processed through a new state-owned settlement and clearing system — the NetsUnion Clearing Corporation.

Furthermore, both Alibaba and Tencent had to obtain banking licenses. Both entities are also trying to provide foreign currency payment services to support the growing Chinese tourism services abroad. Additionally, their attempts to take over foreign payment companies suggest their further development in the coming years.

Moreover, technology companies in China have already started to compete with banks for deposits. The Yu’e Bao money market fund — which was set up in 2013 and is owned by the Alibaba group — was promoted as a way to invest funds remaining after the completion of online payments.

It currently has more than 325 million users (the vast majority of whom are under 30 years old), and its value exceeds USD233bn. Yu’e Bao accepts small “deposits” and offers immediate payments but provides interest in excess of the prevailing national interest rates. In March 2018, the funds of individuals collected in Yu’e Bao reached the peak value of CNY1.7 trillion, which is just a little less than the value of current account deposits at the Bank of China, the fourth largest commercial bank.

The new electronic payment tools have also become multi-dimensional socio-financial platforms. Many applications offered by tech companies are interconnected — they combine mobile payments, online banking, e-commerce and many other.

The information that can be obtained via a person’s use of a mobile phone help the big-tech companies to fill the information gap. This applies in particular to loans provided to households, including uncollateralized loans.

In addition to the costs of acquiring the financing, the cost of a loan is closely tied to the ex-ante evaluation of credit risk and the ex post enforcement of loan repayments. In order to measure the cost of loans, banks must assess the riskiness of future borrowers, usually by gathering information from various sources and building close relationships.

In order to encourage borrowers to repay their loans and to limit losses in case of default, banks have to monitor borrowers or require collateral. Since all of these activities are costly and time-consuming, banks require a compensation in the form of fees or interest. Big-tech companies’ access to datasets and the use of such datasets for the purpose of screening and monitoring of borrowers’ activity reduces such costs, which can improve efficiency and broaden the access to financing, thereby promoting financial inclusion. As a result, big-tech companies can gain a competitive advantage over banks and serve enterprises and households that would otherwise remain unbanked.

The use of customer online data — including detailed information about their spending, investment and consumption behavior patterns, credit history, professional occupation — enables automatic credit scoring. The application of artificial intelligence and the processing of large and constantly updated data sets in the cloud allows tech companies to assign credit scores to each user (e.g. Alipay Sesame Credit).

Such innovations have allowed Alibaba and Tencent to grant loans to households that are not able to provide the required collateral — in this case the borrower’s data constitutes the collateral. Additionally, the large number of new borrowers across the country have helped the new lenders to diversify risk.

Borrower’s behavior has also improved, because the continued and flexible access to the financial platforms may depend on whether they repay their debts on time. Moreover, the risk of exclusion from these platforms acts as a strong incentive for users to comply with their obligations, which also enhances the credit control capabilities.

The costs and the benefits

The role of big-tech companies in financial services can bring efficiency gains and lower the barriers to the provision of financial services, but it can also generate new risks and costs associated with these companies’ enormous market power.

Once a monopoly or oligopoly emerges on a given market, the potential competitors have a limited ability to build rival platforms. The dominant platforms can consolidate their position by raising the barriers to entry. They can exploit their market power and the network externalities to increase the switching costs for users or to exclude potential competitors.

This has been the case with China. In 2018, the Chinese state and 8 large tech companies established Baihang — a new, centralized credit scoring system covering households with no formal credit history. The idea behind the project was to help smaller tech companies operating online loan platforms to compete the duopoly of Alipay and Tencent, by providing them with the Baihang credit information product. However, both big platforms refused to supply data on their loans, thereby protecting their privileged position on the market.

This was due to the fact that big technology companies have already positioned their platforms as “bottlenecks” for a number of services. Right now, these platforms often serve as essential sales infrastructures for financial service providers. At the same time, however, the big-tech companies compete with these providers. Big-tech companies may favor their own products and try to obtain higher profit margins by increasing the costs of financial institutions’ access to prospective clients through their platforms.

Another type of risk is associated with the possible anti-competitive use of data. Given their size, scale and the used technology, big technology companies have the ability to collect large amounts of data at almost no cost.

This leads to the emergence of so-called digital monopolies. After establishing a dominant position in the area of data, big-tech companies can engage in price discrimination. For example, they may use their data not only to assess the creditworthiness of potential borrowers, but also to determine the highest interest rate which the given borrower would be willing to pay for a loan.

At present there are still many questions relating to the development of new financial services offered by technology companies, as well as the possible response of traditional financial institutions, but also the challenges concerning, among other things, the protection of financial consumers and the new approach to regulation. Considering the fact that the financial system constitutes the necessary public infrastructure, the activities of big-tech companies are becoming a matter of substantial importance for society.