19.06.2019
Blockchain is very well suited for use in settlements in the power generation sector, according to Jacek Szczepański, vice-chairman of the Atende IT company, speaking at the 11th European Economic Congress in Katowice, Poland. 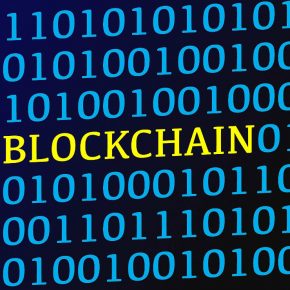 During the discussion session „Blockchain in the economy,” Mr. Szczepański noted that Atende already has solutions based on blockchain in its portfolio and is conducting further work devoted to them. “This will be a shock for the entire energy market,” Szczepański said.

Blockchain is a decentralized database system which keeps track of all transactions across a peer-to-peer network and is also sometimes called a distributed ledger. An E&Y report notes that growing number of enthusiasts believe blockchain can significantly revolutionize a sector that is becoming increasingly decentralized and connected.

“Among other things, using the support of NCBiR funds, we create a platform for managing energy clusters, in other words, dispersed energy. By its very nature, blockchain is very well suited for settling transactions in such distributed structures. Peer-to-peer settlements, where a neighbor can buy electricity directly from another neighbor, without using any intermediaries,” Mr. Szczepański said.

PGNiG has also decided to catch up with the trend. The Polish state-controlled oil and gas company has hired Billion and Microsoft to develop a way to employ the use of the technology in their systems. “We’ve begun the tests of our blockchain technology in three areas of the energy industry. Our next step will be to collaborate with PGNiG and Microsoft in order to analyse each of the project’s potential and justifiability of implementation,” Jacek Figuła, Chief Commercial Officer at Billon, said.

In the case of PGNiG, the partnership assumes that the blockchain solutions developed by Billon would enable the oil&gas provider to decrease the costs of customer service, fulfill the legal requirements of transferring data in an unchanged form, and strengthen cloud data storage security. If everything goes according to plan, PGNiG’s customer service platform will be able to store crucial information such as bills, invoices, terms of conditions, or client contracts.

“PGNiG is the leading company in our industry, so we need to keep our tabs on innovative solutions. We want to recognize the current directions of blockchain technology development and be aware of how these innovative solutions can affect the improvement of our offer,” said Łukasz Kroplewski, Vice President of PGNiG’s Management Board.

The power sector has been slow to recognize blockchain’s potential and awareness across the industry is lacking. Blockchain wouldn’t be the first technology to unhinge the sector. Technological breakthroughs in panel efficiencies have seen solar costs fall by 80 per cent over the last three years and they’re set to fall further.

A new ecosystem of energy blockchain start-ups is emerging, and venture capital, so far, has raised over USD1bn to scale business models of the future.

A case in point: Tauron

Tauron is working on the business use of blockchain technology in electromobility. As part of Pilot Maker Elektro ScaleUp, the group intends to test the proprietary MC2 Energy solution on its infrastructure.

„MC2 Energy — startup created by the former minister of digitization, Anna Streżyńska, was selected for pilotage in the Pilot Maker Elektro ScaleUp program, which aims to implement 23 innovations for electromobility.”

“We perceive the potential of automating many processes: from prosumer accounting, through power supply management, to tracking energy sources,” said Jarosław Broda, vice-president of Tauron.

MCNA Energy president Anna Streżyńska, pointed out that the use of blockchain technology in the process of charging electric vehicles brings, through the automation of delivery and billing, facilitations for both final customers and professional process participants: energy suppliers, land owner, loader owner, charger operator, payment operator and others.