Bulgaria may be a front-runner for UN’s top job, but time is ticking

28.01.2016
For the first time in the history of the United Nations (UN), all member countries will be able to apply for the Secretary General job and Bulgaria has not one, but potentially two suitable candidates. 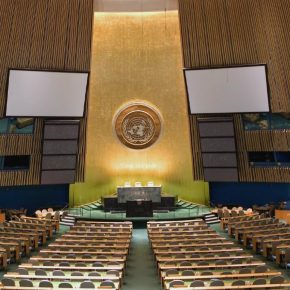 One of the candidates from across the world will replace Ban Ki-moon, the current post holder, whose second term on December 31st, 2016.

The first Bulgarian candidate is Irina Bokova, UNESCO’s Director General since 2009 and re-elected in 2013 to stay in her post until 2017. The second is Kristalina Georgieva, the EC’s Vice President and an EU Commissioner for Budget and Human Resources, a former EU Commissioner for International Co-operation, Humanitarian Aid and Crisis Response and a senior executive in the World Bank in Washington, including being the Bank’s representative in Moscow.

However, the Bulgarian Prime Minister, Boyko Borissov, is running late in submitting a formal application for the chosen candidate, although he said on January 9th, 2016, that he is backing Bokova.

The contest was formally opened on December 15th, 2015, so observers expected that Borissov will put Bokova’s documents forward as soon as possible without delaying the international lobbying that follows the application. However, both Borissov and the Bulgarian Foreign Minister, Daniel Mitov, have said publicly over the last month that the timing for the application was tactical.

Irina Bokova received a formal nomination in 2014 for the first time, as she has already got positive feedback in Moscow, Paris and Washington. However, part of Borissov’s government and the ruling right of centre GERB party support the other strong candidate, Ms Georgieva. GERB has already nominated Georgieva twice as the Bulgarian EC commissioner and before gaining her second high-profile post in the EC, she was also a nominee for the EU’s High Representative for foreign policy and security position, currently held by Federica Mogherini. Before her, the UK’s Catherine Ashton was the first ever holder of this newly-created position in the EC.

Close observers in Brussels say that Georgieva lobbied the UN for herself in 2015 when she was also appointed by Ban Ki-moon as a member of the High-Level Panel on Humanitarian Finance, which might be a good support for either Bulgarian candidacy, as it puts the country on the spot and shows good diplomatic skills.

During an interview with Bulgarian National Television (BNT) earlier this month, Georgieva said on the matter: “I have got a job to do”, meaning acting as an EC Vice President with responsibility for budget and expenditure. The interview has also once again demonstrated her grasp of global politics and economy, the EU’s political and financial perspectives globally, as well as the steps forward to deal with the Syrian refugee crisis. My earlier meetings with her revealed a vision of geopolitics, and an ability to negotiate and bring complex international tasks to completion as she travelled across the world in her previous EC post.

Her answer clearly showed that Mr Borissov has not quite formally finalised Bulgaria’s candidate application whoever he chooses to put forward. Irina Bokova’s long term as UNESCO chief has brought her wide international recognition, including notably from the French and the US governments, and she is a UN insider. She might have been one of the women in top positions within the UN, who have contributed to the new gender agenda in the UN, and was the first female UNESCO chief, as well as being the first person to hold the post from the CEE region.

She has got a left of centre orientation and background and has been nominated by a previous coalition government in which the Bulgarian Socialist Party was a leading partner. This has divided the GERB coalition government’s choice. However, her candidacy is certainly as good and as recognised as Ms Georgieva’s, as they would both bring extraordinary strength, new leadership and direction to the UN.

Increasing the role of women

“The empowerment of the world’s women is a global imperative,” said Ban Ki-moon during his attendance at the World Economic Forum in Davos, Switzerland. One can see him pictured with the UK’s International Development Secretary, Justine Greening and Jim Yong Kim, President of the World Bank, and this is the company which both Bokova and Georgieva could easily share, provided the Bulgarian government takes good care of its bid.

Diplomats in Washington, Moscow and Paris have said that they are interested in supporting the Bulgarian candidates, despite the complex relations between Bulgaria and Russia in recent years.

If Bulgaria has lobbied for its candidate at the World Economic Forum in Davos, which remains to be seen, but without a formal application, it might have been difficult to achieve desirable results.

According to UN Women, the UN Entity for Gender Equality and the Empowerment of Women, the new panel will provide recommendations for the implementation of the 2039 Agenda for sustainable development to improve economic outcomes for women and promote women’s leadership in driving sustainable and inclusive, environmentally sensitive economic growth.

The panel is backed by the United Kingdom, the World Bank Group and UN Women, with the President of Costa Rica, Luis Guillermo Solis, and the CEO of IKEA Switzerland, Simona Scarpaleggia, as the panel co-chairs. They will be joined by a diverse range of eminent gender and equality actors, economics experts, academics, trade union leaders, and business and government representatives from all regions.

In addition, either Bulgarian candidate could have benefited from lobbying before the UK, due to the very recent historic visit of the British PM David Cameron to Bulgaria, but there is no public information if any such efforts have taken place, although Borissov’s right-of-centre party GERB and his good working relations with Cameron represent sufficient grounds for such lobbying. Britain may also consider supporting Helen Clark, a candidate for the top UN post from New Zealand, and the country’s former PM.

The application of either Bulgarian candidate would also have represented the group of 23 CEE countries in the UN, which might have had a good chance to win and this still might be the case, if Bulgaria gets the backing in its own geographic region. More importantly, the country is running short of time as the application process includes sending a formal letter with the nominee’s name, a good argument for the candidate before the permanent key members of the UN Security Council, the US, Russia, China, Great Britain and France and nine of 15 Security Council members. The principle of regional rotation for the top post became possible in the 1980s, but becomes reality only with a sufficient co-operative effort.

Other candidates from CSE

Seeing that Bulgaria’s candidates are late and applying on their own account, three CSE countries have already submitted their applications, namely Macedonia with Srgjan Kerim, a former president of the UN general assembly, Igor Lukšić, a Deputy PM and a Foreign Minister, Montenegro, and Croatia, with Vesna Pusic, a former deputy Prime Minister and also a former Foreign and European affairs Minister. In addition, Slovenia may still confirm Danilo Turk, a former President of the country, as well as the Slovakian Jan Kubis, Head of UN Assistance Mission in Afghanistan (UNAMA), SRSG along a few other unconfirmed candidates from the region.

Meanwhile, the Serbian candidate, Vuk Jeremic, a former President of the UN General Assembly and a former Serbian Minister of Foreign Affairs, has withdrawn his formal application in favour of Irina Bokova, according to the head of the Atlantic Club in Bulgaria and former Bulgarian Foreign Minister, Solomon Passy, in an interview with BNT.

Mr Passy said that the principle of a timely candidacy, which allows for sufficient international lobbying time, has been violated, but expressed his hope that some last minute actions and arrangements may push at the end the Bulgarian candidates ahead, as they have already done the toughest job to climb to the top of major organisations as capable leaders from a small country in the under-represented CSE countries, while closing the gender gap in women’s leadership.

Given the Syrian refugee crisis and its impact on Europe, one could say that a strong European candidate from CSE, and also a woman, could be a winning outcome for Europe, CSE and the world, but the battle is highly-competitive. So, the race is now all too close and if a Bulgarian candidate wins, it will be on the merit of their long-standing stature, rather than the best lobbying. 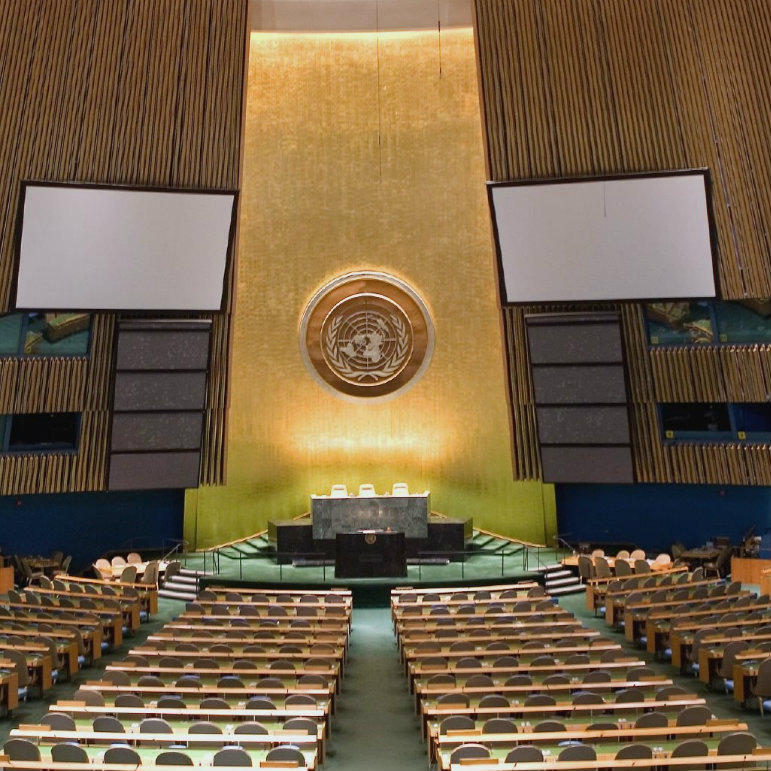 Category: Business 23.03.2019
In Bulgaria the transport sector accounts for 15 per cent of the GDP and employs around 200,000 people. This sector is now under new regulations of the transport through the Mobility Package 1 of the European Union. 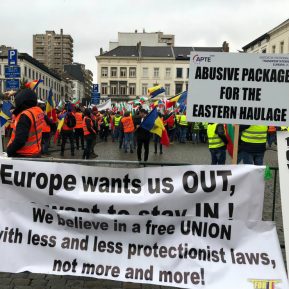