airBaltic big plans for the future of Latvian airline industry

30.07.2018
The Latvian state-owned low-cost airline airBaltic announced that it will buy 60 brand new Bombardier CS300 aircraft for an estimated up to EUR4.8 bn. This is the biggest purchase in the history of the Latvian airline 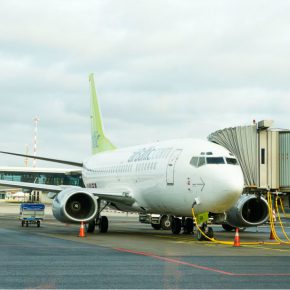 airBaltic’s CEO, Martin Gauss told media that the company is in the process of ordering 30 brand new aircraft and getting an option for 30 more. The transaction would make airBaltic the biggest user of CS300s in Europe. The time will prove if this is a profitable and successful move from the business point of view. It is no secret that the company, founded in 1995, which the main shareholder is the Latvian state with 80.05 per cent of shares, is a company with a tumultuous past and at different times has shown quite different priorities. Based in Riga, airBaltic already flies seven CS300s and has pending deliveries for 13 more. Shipments from the next order would probably start in 2020 and the carrier would include options allowing it to buy some smaller CS100 planes based on demand.

Time is considered as a very important resource for the 21st century, and time saving has become an important priority, hence the demand for more convenient air routes, comfortable airplanes and modernized airports is growing. Recently, Latvian economists have analyzed the criteria by which investors choose the area for business development. They emphasize that the essential criterion is an airport is nearby. Latvia is a rather small country, but geo-strategically may turn out to be a solid point for air traffic, although its airports are often marred by heavy fogs and rainfalls. It is also a positive sign that the international airport in Riga sees the increase in the number of passengers, and this summer begins with new destinations. In summer it is possible to travel in 100 destinations and flights are provided by 18 airlines.

Recently, it is often emphasized that in order to achieve Latvia’s economic growth, it is necessary to develop the field of transport and tourism. And air traffic plays an important role here. Both the Latvian Ministry of Economics and the Organization for Economic Cooperation and Development (OECD) have emphasized that business tourism is one of Latvia’s most competitive products. Business tourists are a substantial part of the traveling business and these are tourists that are not tempted to waste time, therefore they focus on airline deals. The more suitable the interests of potential passengers will be, the greater the benefits can be expected for the Latvian national economy.

The airline was established as Air Baltic in 1995, with the signing of a joint venture between Scandinavian Airlines (SAS) and the Latvian state. In August 2011, airBaltic requested more capital as its losses continued to mount and suffered speculation about its financial position and political scandals throughout 2011. In mid-September 2011, the company announced plans to lay off around half its employees and cancel around 700 flights a month to avoid possible grounding.

Buying new aircrafts could be a smart move for a company that intends to become a leading low-cost airline for the Northern east Europe, and especially the Baltic area. Another question is whether the airline should invest less and lease contractors. However, the plan in the state-funded company is the significant expansion of the airBaltic fleet, so that in 2024, in the case of an optimistic scenario, it would have 80 airplanes. Consequently, the fleet would be even more economical, the costs of passenger transport would be lower, while the national airline would be more competitive. Air Baltic’s endorsement provides a boost to Bombardier after the U.S. Commerce Department slapped duties on the C Series, citing unfair Canadian subsidies after a complaint by Boeing Co. airBaltic’s CS300 planes are burning about 21 per cent less fuel than the aging Boeing 737-300 aircraft they would replace, with longer flights typically yielding greater savings. Some of the jets have been flying as much as 17 hours a day, serving routes such as Riga-Madrid and Riga-Baku.

The airBaltic management did not answer the question about how many pilots the company needs, but in the future it would not be a problem as the newly created Pilot Academy started with its work. However, it should be noted that airBaltic will have to manage with trained pilots, although there is a huge shortage of personnel in the world, and things don’t seem to be better in the future. The question is also raised on how competitive 145 airBaltic airplanes are compared with the vast majority of Ryanair and Wizz Air aircraft, the main low-cost airline companies in Europe.

The question of how airBaltic will manage to keep existing and gain new position on the market is unclear. Both, Mr. Gauss and the Minister of Transport Uldis Augulis, say that there is no rush with the attraction of a strategic investor. In addition, the new fleet will make the company even more attractive in the eyes of the „caretaker”. Whatever the case, there are experts who believe that without such an investor, in the conditions of increased competition, the Latvian pride may not succeed. Mr. Gauss said that while the company continues to be on the lookout for a strategic investor, the decision on the investment in new aircraft demonstrates that it’s capable of following through with the transaction on its own. He also said that bringing in a strategic investor was definitely not going to happen immediately.

Airline routes are some of the main indicators that the socio-economic status, and it is also a sign that the geo-political influence of a country is getting bigger. Aircraft agencies are the first geo-political signs of power. Airline companies have the power to control movement, cargo, reduce delivery time, and holds power in terms of propaganda and media. In the future, this will lead to less and less influence of the small and poor countries that will have to direct their routes towards those countries where politics is turning to. airBaltic certainly is showing awareness in this sense and includes more and more routes and destinations. 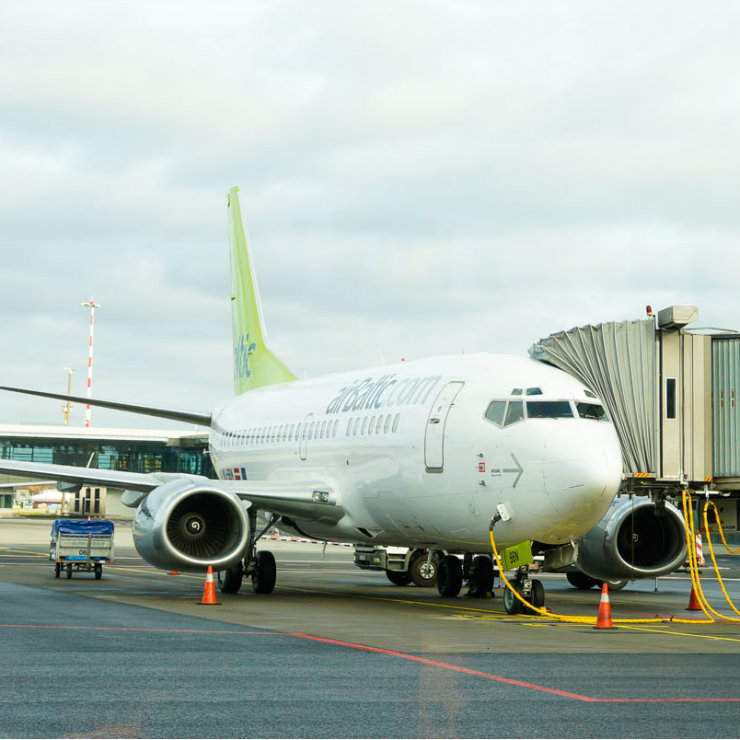