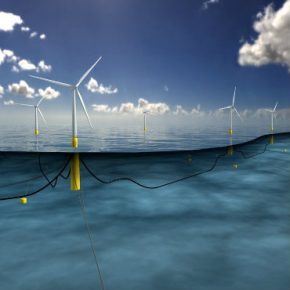 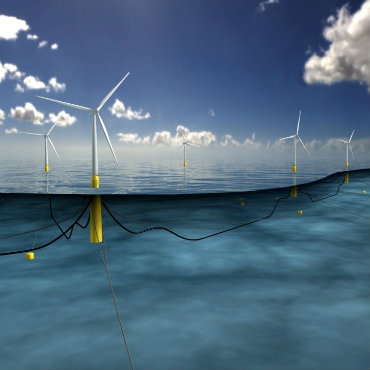 The Estonian Wind Power Association and WindEurope, a non-profit industry association, teamed up to urge the Estonian government to support efforts in the Baltic that replicate what is occurring currently in the North Sea, reported the Offshore Wind Journal.

In September 2017, WindEurope signed the Baltic Sea Declaration on Offshore Wind. Cosignatories of the Tallinn document were Denmark, Finland, Germany, Latvia, Lithuania, Poland, Sweden and Estonia. The declaration urges governments to increase the regional co-operation in the area.

The Baltic sea is favorable to the development of wind energy: stable and strong winds, low waves and close proximity to shorelines are the main factors. The WindEurope analysis envisages a growth in power generation by 2030 from 1.5 Gw to 9 Gw, which will make Baltic the second largest basin for offshore wind.

Giles Dickson, CEO of WindEurope, said: “Estonia can lead the way stimulating offshore wind in the Baltic.” He and Martin Kruus, chairman of the Estonian Wind Power Association, handed a declaration to the Estonian government to increase the momentum in the Baltic region to match that in the North Sea. The declaration covers setting out the need for stable and clear legal frameworks.

In October 2017, WindEurope started the Baltic Sea Task Force which will form part of its Offshore Working Group. The Task Force will consist of the Baltic Sea Offshore Wind Forum countries. At an industry forum in Amsterdam in November 2017, WindPower declared that the political framework and technological developments are crucial to future progress in this sector. Extra volume capacity is crucial, as well as political and legal frameworks not just on a national but on a regional level. Regulatory barriers must be removed.

But it was the North Sea that stole a march on the wind power. The world’s first floating wind farm started to generate electricity in October 2017, 25 km off the Coast of Scotland as reported by the British media. The Hywind wind farm project, developed by Norwegian state energy company Statoil, features five 253-metre high turbines stationed from between 700-1,600 m apart. Predictions are that this complex could power up to 20 000 homes.

Opening the project, Nicola Sturgeon, the First Minister of Scotland, said that the wind farm placed Scotland at the forefront of the global race to develop the next generation of offshore wind technologies. She stated that Scotland would further develop its role: “Last month [September] I set out our Program for Government, which made firm commitments to create a cleaner and greener Scotland and the development of renewable energy  is vital to achieve this.”

She underlined Scottish participation: “I’m pleased Scottish suppliers have contributed to the Hywing project from the development through to the production phase and are still involved to investigate long term potential for floating wind.”

Even eco-activists were pleased. Gina Hanrahan, head of policy at World Wildlife Fund Scotland, said that “With around a quarter of Europe’s offshore wind resource in Scotland, it’s great to see the world’s first floating wind farm inaugurated off our coast. Offshore wind is already an industrial success story across the UK, cutting emissions, creating jobs and dramatically driving down costs. By demonstrating the commercial viability of floating wind, Scotland can help to develop the industry in new frontiers and deeper waters. With this kind of innovation and investment, and continued political support, Scotland will continue to power towards our target of securing half our energy needs from renewable sources by 2030.”

The North Sea east coast is also seeing Dong Energy of Denmark build the world’s largest offshore wind farm, the Nornsea Project One, with 1.2 GW capacity, 120km off the coast. Scotland ticks all the right technological, environmental and industrial boxes.

Estonia has not waited in adopting an energy plan. On October 2017, the Estonian government adopted an energy plan to 2030 (ENMAK). Apart from increasing energy efficiency or opening the market to competition, it aims to increase the share of renewable energy in the package. A spokesperson for the government stated “Renewable energy is increasing year after year and today makes up about 30 per cent of final consumption, but our ambitions are definitely bigger”. The total budget is estimated to be EUR363m. ENMAK envisages renewables accounting for 50 per cent of domestic energy generation and  80 per cent of the heat energy. Offshore wind power will play a major part.

The Lithuanian government is expected to make a firm decision within the next few years, and a regional agreement could help in bringing investors, as most of them are interested in the whole region.

“These companies not only look at the Lithuanian market, but at the region’s market, and, in the long term, they are particularly interested in developing offshore wind energy. I didn’t hear any concrete promises yet, but Lithuania’s efforts were met with a positive response,” he said.