20.01.2019
Recently international financial institution have not lend a lot of funds to Belarus. China sees it as a possibility and part of the One Belt One Road strategy. 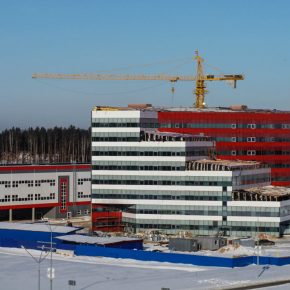 “You [China] lent us your shoulder at the most difficult time for us, when the West imposed sanctions against Belarus,” Belarus’ President Alexander Lukashenko told Chinese Defense Minister Wei Fenghe last year. „We will remember this. You have reliable friends here.”

Indeed, western donors and multinational financial institutions have been reluctant to fund Belarus over the past decade. Specifically, the European Bank for Reconstruction and Development (EBRD) has limited its cooperation with the authorities in Minsk for many years since the disputed December 2010 presidential election. The European Investment Bank (EIB) was unable to operate in the country until recently, due to difficult Belarus-EU relations.

In 2016, the EU lifted most of its sanctions against Belarusian officials. At almost the same time, the US also suspended restrictive measures against the country’s state-owned companies. However, these moves have so far not led to any significant change in the available sources of funding for Minsk.

Loans obtained between January and November 2018 have had little effect on this tendency. Russia provided almost USD800m, the EFSD allocated a new USD200m support tranche, while China provided USD360m.

Meanwhile, Beijing also provides credit resources to private-sector projects in Belarus. Three years ago, China Development Bank agreed to provide a USD1.4bn loan to Russian billionaire Mikhail Gutseriev, a close associate of president Lukashenko, to finance the construction of a mining and processing complex in Belarus. However, the loan was provided under guarantees from the Belarusian government.

Between Russia and the EU

“We are very glad that we lend each other unconditional support in any situation,” Alexander Lukashenko said during a meeting with the Chinese president Xi Jinping in June 2018. „We never look back for the reactions and opinions of others when it comes to the independence and sovereignty of our countries. I am convinced that if China is strong, Belarus will also be strong, as our country is your reliable partner.”

Meanwhile, Balazs Jarabik, visiting scholar at the Carnegie Endowment for International Peace, believes that Minsk is courting China more actively than others because it has been missing a greater engagement with the EU. „The Belarusian government is also stable particularly when it comes to Ukraine or Moldova,” he tells the CE Financial Observer.

Mr. Jarabik adds that the country’s geographical location and its membership of the Russia-led Eurasian Economic Union (EEU) are also important for Beijing, which is courting the region with an aim of securing easier access for Chinese merchandise to Europe.

Specifically, Chinese carmaker Geely is targeting the Russian market through Belarus. The company, which owns Volvo and the London taxi company, launched a new Belarusian plant in November 2017. However, these investments are yet to prove their efficiency.

The plant was designed with a production capacity of 60,000 cars per annum (with potential scope to increase the capacity to 120,000 cars per annum in the future). However, it will be able to sell cars to Russia only when more than 50 per cent of their components are produced in Belarus. The company will also face fierce competition from Russian carmakers.

While they are not yet competing with Russian producers, the 50 per cent benchmark has already been reached. At the same time, the plant’s production results and its latest forecast reflect the difficulties that the company is currently facing. Between January and September 2018, the plant assembled only 5,400 cars. The plant expects to produce around 25,000 Geely vehicles in 2019, which is still only 40 per cent of its annual capacity.

The investment activities of Chinese companies in Belarus remain limited — Beijing has accounted for only around 3 per cent of the total volume of FDI over the past few years. Meanwhile, Belarus-China cooperation is mainly confined to project finance, whereby Chinese state credit resources are channeled into major state infrastructure and industrial projects in Belarus.

„It is unlikely that we would abandon simple financing in the near future,” Kirill Koroteev, deputy Director General at Great Stone Industrial Park, the flagship project of Belarus-China cooperation, tells the CE Financial Observer.

Mr. Koroteev believes that Minsk would only be able to secure better funding through the World Bank. However, the multinational lender tends to prefer projects with a social angle. In addition, negotiations with the bank usually take a very long time. „China is ready to take part in the privatization of Belarusian assets. It has the resources and the will to do that,” Mr. Koroteev said. „However, the Belarusian side is not ready,” he added.

Indeed, privatization in Belarus was stalled in 2011, when Minsk sold its gas pipeline system under Russian political pressure to the natural gas monopoly Gazprom for USD5bn. Since then, the Belarusian authorities have been unable to agree on any significant privatization deals due to the high price of assets, as well as social and production conditions set by the authorities, which make these projects look unprofitable and inefficient.

China, one of the world’s largest potash consumers, has previously expressed an interest in privatizing Belarus’s state-owned fertilizer producer, Belaruskali. According to market analysts, among the potential Chinese bidders were Sinofert Holdings and China BlueChemical.

Xu Hongzhi, an analyst at Beijing Orient Agri-Business Consultant, said that Chinese state-owned companies „have a strong incentive to grab resources overseas because they’re short of the raw material and heavily dependent on imports”. Belarus is the world’s third-largest potash producer behind Canada and Russia.

Great Stone, the ambitious USD5bn industrial park in the vicinity of Minsk, was legally established seven years ago. However, it was only after May 2017, when the Belarusian authorities improved the park’s preferential taxation regime, that investors started to demonstrate an increasing interest in the project.

President Lukashenko signed a special decree last year that exempted the park’s residents from income tax for 10 years from the date they start to make a profit — and not from the date of registration as was previously stipulated. Residents are also exempt from paying property tax and land tax for 50 years instead of 10 years.

The authorities also enacted the so-called “grandfather clause”, a regulation that allows residents to continue their operations in the park under current rules even if they are changed in the future. „We demanded this clause, insisting that it is important for investors, especially western investors,” Mr. Koroteev said. „Unfortunately, [investors believe] that the country’s legislation has been changed very often. They are afraid that things may deteriorate swiftly [in the future],” he added.

As a result of these changes, as of mid-December 2018, the number of residents at Great Stone has increased to 39 from just eight companies in early 2017. The China Merchants Group (CMG), a leading Chinese state-owned conglomerate based in Hong Kong, is currently one of the largest investors in the park and has already completed the construction of the first stage of its logistics sub-park near Minsk.

Beijing considers Great Stone as a project that will become a vital hub on the One Belt, One Road, the new name for the New Silk Road concept, which is aimed at linking China, Central Asia and Europe through strong economic ties. According to government officials, the park should attract more than 200 hi-tech companies and employ over 130,000 people at the project’s final stage.

In April 2018, the first non-Chinese and non-Belarusian company joined Great Stone as a minority stakeholder and park resident: Duisburger Hafen, the owner and operator of the port of Duisburg, called duisport, the world’s largest inland port and an important Central European logistics hub.

According to Mr. Koroteev, duisport is negotiating the establishment of a joint venture with CMG and other residents of the park, with the aim of creating a large rail hub near Minsk. „CMG is going to use European expertise to transship merchandise in the park with the aim to supply them to China,” he said.

CMG’s move will follow years of unsuccessful negotiations with Lithuania over the possible acquisition of facilities in the port of Klaipeda, which is located around 460 km from Minsk on the Baltic Sea.

Currently, more than 30 trains already travel between duisport and various destinations in China every week. The port’s CEO, Erich Staake believes that eCommerce and the China businesses will be the company’s ” relevant revenue drivers” in the future. „These aspects are also the focus of our investment strategy in Duisburg, along the Silk Road corridor and in China itself,” dusiport’s corporate magazine quoted Staake. 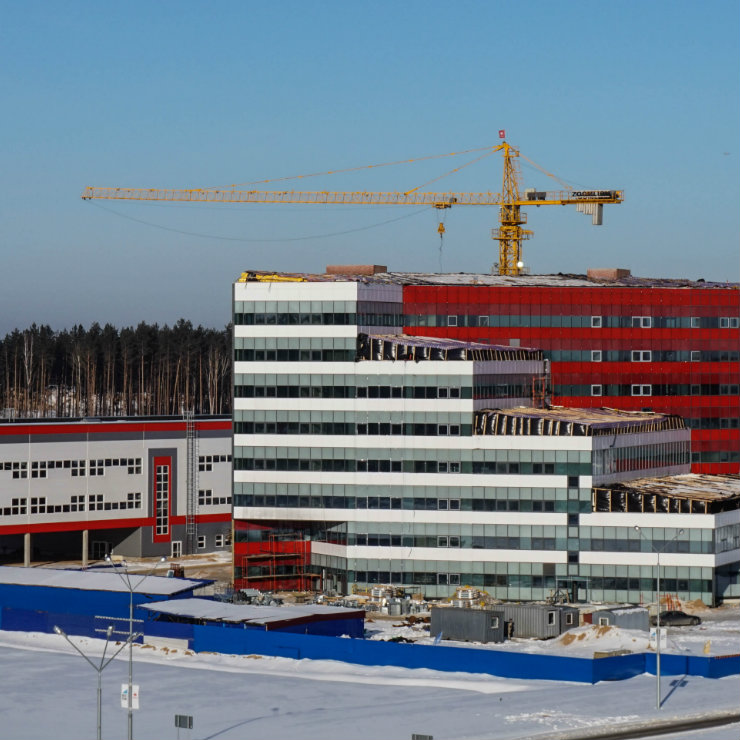