23.03.2019
In Bulgaria the transport sector accounts for 15 per cent of the GDP and employs around 200,000 people. This sector is now under new regulations of the transport through the Mobility Package 1 of the European Union. 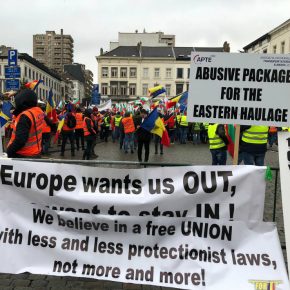 Transport companies and politicians from Bulgaria are against the package because they fear it will put them at a disadvantage in Europe’s single market and eliminate their competitive advantage. Debates on the reforms lasted several hours but states remain divided on their stands. Bulgaria voted against new regulations as they did not meet the demands of the Bulgarian transportation sector. A total of eight countries, mainly from Central and Southeast Europe (CSE), including Poland, disapprove the mobility package. Nevertheless, it was adopted. The new rules concern truck drivers’ postings, driving and rest times, access to the market and the use of a tachograph. Some of these measures — especially the requirement that drivers spend their rest time in a hotel rather than in their cab, and travel back home every three weeks — also worry employers who say these rules will undermine the main competitive advantage of Eastern European hauliers which is the price of services.

The language of the discussion about Mobility Package in Bulgaria is almost military: a series of „battles”, „war” on several „fronts”, in which there seems to be no room for retreat because we are waiting for „economic Chernobyl for half of Europe.” According to the Bulgarian press, for Bulgaria the proposed transport regulations are „unfair”, „discriminatory”, „protectionist”, „contrary to the principles of the single market.” And the behaviour of the supporting countries is „arrogant”, „hypocritical” and intends to steal business. „Bulgarians — drivers, carriers, MEPs — we act as one,” said the Bulgarian Minister of Transport, Information Technology and Communications Rossen Zhelyzakov, during a protest, which in January filled a Brussels with trucks, yellow vests and Bulgarian tricolours. He added that the government, president, parliament and all parties stand united in this protest. Against the backdrop of constant quarrels in Bulgaria itself, they have finally found an external threat to show little unity. Although, for example, the interests of drivers obviously do not exactly match the interests of their employers. And despite the obvious gaps in all the information and argumentation on the subject.

Bulgarians tend to believe that this package of regulations is really dangerous for the Bulgarian economy, not only for the transport industry. Above all, it is a dangerous exception to the principles of the Single Market, a step towards separation, not a unification of Europe, they suggest. The success of France, Germany and Benelux to reconcile the positions and interests of their business and their social systems, to find intersections with other countries and to impose their will on others is, according to this standpoint, the biggest aim of new regulations.

The measures proposed will hit some of the Bulgarian transport business in its present form. Because it will increase its costs, reduce its cargo and revenues, and will probably force it to cut jobs. But claiming that this will lead to a „cut of 17 per cent of GDP” and will force „450,000 — a city like Plovdiv, to emigrate,” seems overestimated and largely populist. But the fight against these measures will hardly succeed without seeing in more detail what is happening on the market and without understanding the motives of the other side.

Indeed, the Assessment of progress on structural reforms, prevention and correction of macroeconomic imbalances, and results of in-depth reviews under Regulation No 1176/2011 of the EU, delivered by the European Commission in March 2018, also gives a tremendous importance to transport as “a fundamental sector of and for the Bulgarian economy”, but with several different challenges. The report assesses the progress with railway reform as slow, negative profitability is consistent since 2002, and the government intends to use the proceeds, estimated at EUR200m, from retendering the 35-year concession for Sofia airport to restructure the Bulgarian national railways. The privatisation of the freight services has so far failed. The railways have limited own revenue, weak management, insufficient resources, inefficient network with poor infrastructure and maintenance, etc. There is only 2,2 per cent of share of railways in passenger transport in Bulgaria. In the road sector, safety is of the biggest concern. The number of road fatalities per capita is the highest in Europe and still increasing, with 99 deaths per million inhabitants. The road transport suffers from old vehicles, under-developed road network, lack of respect for road rulers and drivers without proper qualification.

Whoever thinks that someone is trying to prevent the Bulgarians from transporting cargo between Bulgaria and the rest of Europe obviously did not understand what is going on there. In fact, there are thousands of trucks that rarely return to Bulgaria and carry goods only within countries, such as France, Italy, Belgium or the Netherlands. They do not quite meet the international TIR abbreviation for the international road transit. It is also about thousands of drivers who do not come home for months and lead a nomadic life in the cabs of their trucks. They earn about EUR2,000 a month, but their official salary is the legal minimum for Bulgaria (EUR500), so the rest are non-contributory additions. So, in case of sickness, their income drops sharply. Their pensions are slightly above the minimum. Such „savings” allow employers to subtract prices and take away cargo from local carriers. Which for the local drivers is  „unfair” and „arrogant”. Under collective agreements, the employers have to pay significantly higher wages, several times higher social security contributions, plus a bunch of other social benefits.

The advocates of the Mobility package believe that if unanimous standards and rules are not agreed, there will be many more unpleasant national restrictive measures and an even more serious fragmentation of the single market. So, they try to „catch up with the conditions” for drivers such as: wages and social insurance according to the minimum standards in the respective country, weekly rest in a bed under a roof (with bathroom and toilet) and the opportunity (duty) at least once a month to go home. And with requirements for trucks such as: an upper limit of foreign-frontier shipments per unit of time, and return once a month for at least one home loading and unloading. And although it was French President Emmanuel Macron, who raised the issue as the first one, behind the new solutions „as one” are the French (Belgian, Italian, etc.) employers, trade unions and workers.

Indeed, on the day of the protest in Brussels, hundreds of lorry drivers from Bulgaria, Poland, Romania, Hungary and Lithuania blocked the city. Of course, the „all or nothing” principle will not help, and reasonable compromise is needed. The idea of blocking the legislative procedure and waiting for the next European Parliament to come is naïve and counterproductive. Some Bulgarian politicians hope that more MEPs from Le Pen, Salvini and De Mayo, the „Alternative to Germany” and other populist formations that do not like the EU institutions and prefer a „Europe of the Fatherland” will make Parliament more favourable to change this regulation. Bulgaria’s Prime Minister Boyko Borisov now asks that the matter should be left for the next European Parliament, after the May 2019 elections, as there are no possibilities for consensual agreement with the present European Commission. 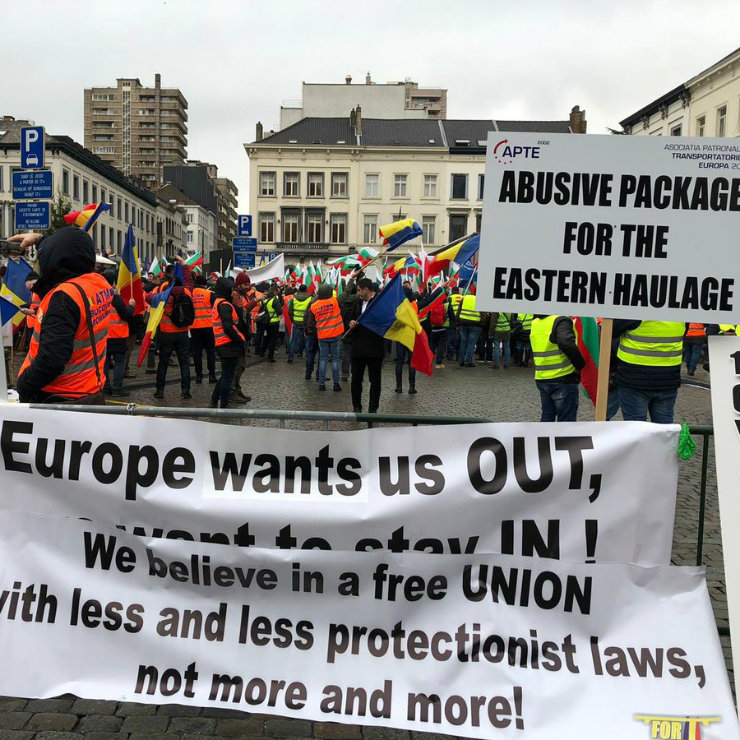