11.04.2017
Protectionism is a way to obtain independence and GDP growth should not be the main objective that we should be pursuing now, says Ferenc Almássy, the creator of the portal Visegard Post. 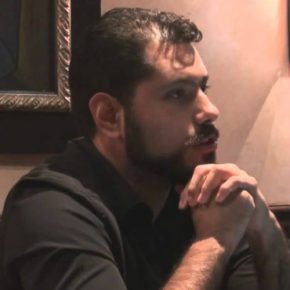 CE Financial Observer: Usually it is people from Hungary who emigrate to the West. In your case, it’s the other way around – you emigrated to Hungary.

Ferenc Almássy: Yes, I did 6 years ago.

My father is French, and my mother is Hungarian. I grew up in France and lived there for 22 years, but there was no future for me in that country.

How so? In a country that takes care of everyone so well?

It’s not about professional or material future. I first studied history, then mathematics, and finally engineering, and if I had only wanted to I would have completed these courses. However, I decided to interrupt my education and go to my mother’s country. I am a person with quite conservative views and I was suffocating in leftist France.

Didn’t you have any hope for political change?

It’s not about change in the ruling political parties. The problem runs deeper – it’s about the liberalism that has destroyed French society. The people have become consumers, a collection of individuals whose only connection is that they live in the same place. They ceased to be citizens.

Do you mean social liberalism?

Both social and economic liberalism. These are two sides of the same coin. One type of liberalism strengthens the other.

And have you ever seen pure economic liberalism? No one has ever seen it. The claim that a given country is not liberal because it has some regulations and taxes, and therefore does not meet the assumptions of a “perfect model”, is analogous to the thesis that the Soviet Union was not truly Communist, because not everything was in accordance with the ideas presented in the books of Marx, Engels and Lenin. By the way, Marxism, communism, fascism, and liberalism are all mirror ideologies. They all want to create a new man. Fascism wanted to create the Ubermensch, communism – the homo sovieticus, and liberalism is ultimately transhumanism, naively believing in the power of technology and progress. Getting back to France – that country simply has one of the many variations of the liberal system.

There is also a free market in Hungary. I would even say that today’s Hungary is more economically liberal than France.

France is a society decayed by extreme individualism. France is a decadent society, and – as one of the Greek thinkers said – such societies need many laws. This is where this bureaucracy comes from. The fact that Hungary has more economic freedom arises from the fact that Hungarians are a homogeneous society and are aware that they are a part of a national community. This enables them to know their rights and the obligations with which they comply. You don’t need to create specific legal guidelines for them and to multiply regulatory provisions. The state can trust them. You don’t need liberalism in order to have freedom.

Let’s look at the medieval times – there was no Marx or Smith, and yet personal freedom was much greater than today. I think that we live at a time when there is a need to change our thinking and to open ourselves to new ideas. For example, when we talk about democracy, we immediately associate it with liberalism, with consumerism. Why is that? There is no one type of democracy. There were periods when ancient Greece was ruled with an iron fist and it was also a democracy, because the rulers derived the legitimacy to govern from the people.

They indeed say about Hungary that it is ruled with an iron fist. This can be seen in the economy, where this iron fist is eliminating “foreign influence”.

I call this a return to economic and political independence. After 1989, Western Europe, and to be more precise, Germany, colonized Central and Eastern Europe in the sense that it turned it into a base for its economy, when it comes to cheap labor and outlet markets. Indeed, we received motorways in return, but only in order to facilitate transport to Germany. Yes, the standard of living has increased, but only in areas regarded as attractive by Germany. In many Hungarian or Polish villages there is still extreme poverty, no less dire than 25 years ago.

And therefore we should be using protectionism? Protecting our own industry? Such ideas are coming back.

Yes. It is one of the useful tools for regaining control over the national economy.

Economists see protectionism as a discredited idea which, contrary to intentions, does not promote economic growth.

But I’m talking about protectionism as a way to obtain independence and not growth. GDP growth is not the main objective that we should be pursuing now. I think that the countries of Central and Eastern Europe should cooperate economically with each other, create subsequent fields of cooperation to provide a counterweight to the German economy and its interests. The fact that we will have to invest both time and money in this should not deter us. The fear of a bold economic policy is unfounded. This year’s GDP growth in Hungary may reach 4 to 5 per cent. This is a very good result. Yet Hungary is applying protectionism! So what? Nothing… As you can see, you can have both things at the same time. Economic growth, and protection of your interests.

Do you completely reject the Western model of social and economic policy? For example, the social policy of the welfare state?

I do not reject social policy in principle. A welfare state doesn’t have to be bad if we have a responsible society that is ready for such solutions. A society whose members do not want to exploit the system. It cannot be denied that even in France the welfare policy has some advantages. For example, my father came from a poor family, but because the family received support from the state he was able to graduate from a good university and became an engineer. You cannot judge individual policies in absolute terms, but always in the context in which they exist.

In Hungary, but also in Poland, a new approach is indeed developing towards issues such as the market and sovereignty. Do you believe that the former should be subordinated to the latter?

Politics should take priority at the stage of development of new types of democracy, which are supposed to match the unique characteristics of our societies, and not be a direct application of the Western model of liberal democracy to our reality. But I don’t believe that you can separate politics from economic activities – they both influence each other. Therefore we should adopt a holistic approach.

Yes, but there are moments when decisions that are politically rational may not be economically rational and vice versa. Let’s take the migration crisis. Hungary closed its borders to refugees, which was then temporarily repeated, among others, in Austria. The Schengen Area began to crumble.

The closing of the borders resulted from the fact that the EU member states did not have any other sensible idea for solving the problem of immigration. They still don’t. Shutting down the borders is an emergency plan, which indeed hinders the implementation of the four freedoms: the movement of persons, goods, labor and capital. Unfortunately, there are things that the government of Hungary deemed to be more important. This was about protecting their own territory. If the European Union had thought about the possible crisis beforehand, it could have planned for a more coherent policy towards the migrants and refugees and taken action even before they reached its borders.

Hungary shares a border with a very interesting country – Romania. They introduced a flat tax in 2005, which resulted in an increase in revenues. Is Romania also a potential economic partner in the region for Hungary and Poland?

Romania is currently going through a difficult period of political crisis. Unfortunately, so far it hasn’t chosen the path of Hungary, hasn’t strengthened the functioning of the state and hasn’t consolidated politically. In light of the above, low taxes and business-friendly conditions have attracted to that country foreign corporations that are treating it in an almost predatory manner. Canadian, German and Swedish companies are exploiting its resources, destroying the natural environment and the social fabric. The same is true for Bulgaria. But it is possible that the economic crisis I mentioned will push Romania towards the Hungarian scenario: its elites will realize that economic policy should be conducted consciously and that they should choose who to cooperate with. Romania also needs to develop a political system optimal for itself. This is still ahead of us, but it’s worth observing the developments in that country.

Ukraine is also undergoing a crisis and in this case I am a pessimist. On the one hand, it is attacked by Russia, and on the other hand the EU completely doesn’t care about it. The European Union is only concerned about Ukrainian land and factories, and not about the future of this country. I feel really sorry for Ukraine’s position.

Will the oligarchs remain in power?

Unfortunately yes, for a long time. But I really hope that the process started in Hungary and in Poland, that is the process of obtaining new political and economic independence, will continue and will spread to subsequent countries in this part of Europe. It is in the common interest of the Czechs, the Slovaks, the Poles, the Hungarians, the Romanians and the Bulgarians.

This will not be received well in the West. Orban does not have good press.

The Western press is ideologically biased and is a part of the struggle between the old and new order. In Hungary we have a democracy, our democracy, we have the rule of law, our law, and I don’t know why this should be worse than the Western democracies, especially given the fact that the majority of the people here support these changes.

Ferenc Almássy – a Frenchman by birth and a Hungarian by choice. Editor-in-chief of the conservative portal visegradpost.com, which focuses on political events related to Central and Eastern Europe. 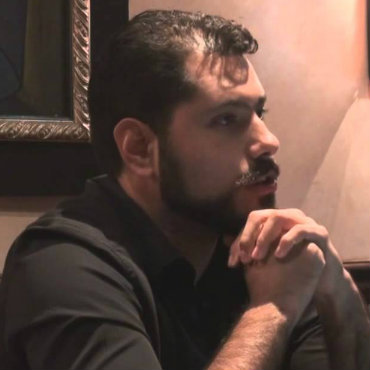