21.02.2016
Poland’s government is right to try and shore up Polish capital, but not at the cost of antagonizing foreign investors 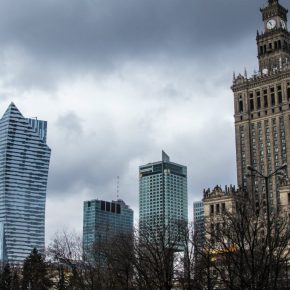 Poland’s three-month old Law and Justice government is sending mixed signals to foreign investors. On the one hand, Mateusz Morawiecki, minister for economic development and deputy prime minister, says Poland is “very interested in attracting foreign investment though it is important that these are hi-tech investments, which will be innovative, create supply chains and cooperation with higher institutions and push Poland up the global value chain.”

On the other hand, Jarosław Gowin, minister for science and higher education and also a deputy prime minister, recently warned at a meeting with the American Chamber of Commerce that “foreign investors have to realize they will no longer be given privileged treatment, as has been the case up till now, but will have to compete with Polish entrepreneurs according to fair rules.” Efforts by Central European Financial Observer to obtain clarification from Mr Gowin as to what exactly he meant by the “privileged treatment” foreign investors have supposedly been receiving went unanswered by his office.

But Deputy Prime Minister Gowin isn’t the only one in the current government making ambiguous statements as to the official stance towards foreign investors in Poland’s current political dispensation. Presenting her budget proposals for 2016, Prime Minister Beata Szydło made a point of stating that her government “prefers to support Polish families rather than foreign corporations.” And during the campaign leading up to the parliamentary elections in October last year, then-PM candidate Szydło said “one thing the 2008 financial crisis proved was that capital does have a nationality” and if chosen, her party would strive to “create an equilibrium on the Polish market” between foreign and domestic capital.

Since Poland joined the European Union in 2004, the number of non-financial firms with foreign capital operating in the country has grown by roughly 67 per cent, according to the Central Statistical Office of Poland (GUS). This of course excludes banks and other financial institutions, of which roughly 60 per cent are foreign-owned. Over 40 per cent of large non-financial businesses employing at least 250 people have some level of foreign capital invested in them. Meanwhile average salaries in companies with foreign capital are roughly 70 per cent higher than they are in wholly Polish-owned firms.

In 2014, Poland attracted EUR9bn in Foreign Direct Investment, bringing the total FDI in the Polish economy to EUR171.1bn. The role of foreign investment in Poland’s economic success is thus an important one, to say the least. But does Deputy PM Gowin have a point? Have foreign investors been privileged in Poland at the expense of Polish firms?

“Polish businesses do complain that the treatment of foreign businesses is preferential especially in the sphere of taxes in Poland’s Special Economic Zones,” said Stanislaw Gomułka, a former deputy finance minister and now chief economist at the Business Centre Club, an association of Polish entrepreneurs. “At the beginning of our economic transformation, various tax benefits and privileges were demanded by foreign firms in order for them to invest in Poland. Our negotiating power then was weak and so we had to create SEZs where these privileges were given to investors, privileges including cheap land purchases,” said Mr Gomułka, who helped draw up Poland’s economic transformation plan after communism collapsed.

While the SEZ tax-privileges have always been theoretically open to Polish investors as well as foreign capital, Mr Gomułka said “in reality, and especially at the beginning of the transformation, most of the firms which got in on the ground floor and took advantage of the SEZs were foreign companies. There was simply no Polish capital around at the time.” Mr Gomułka now thinks it is time for Poland to eliminate its SEZs altogether in order to create a more level playing ground for all businesses in Poland. In fact, he says the European Commission is currently putting pressure on Polish authorities to end such preferential tax treatment for selected investors partly because the EC is itself under pressure from Western European governments which don’t want so much Western capital coming into countries like Poland as this helps exacerbate unemployment in their own countries.

Jacek Adamski, economic analyst for Lewiatan, an employers’ association, thinks foreign firms have not been “unduly privileged” in Poland. “For the first 15-20 years of our economic transformation, we had very small capital of our own, lacked modern labour skills as well as efficient banking and other financial services. We had to attract investment by offering incentives. And the fact is over 40 per cent of the businesses in our SEZs are Polish-owned, any company that meets the requirements to be in the SEZ is eligible so there is no legal discrimination of Polish capital here,” said Mr Adamski.

He says some in the government are employing such “populist rhetoric” because “those Poles who have not managed to thrive in the new Poland prefer to believe this is because of some external factors like the favouring of foreigners rather than a lack of skills or knowledge on their part.”

Mr Adamski thinks rather than eliminating SEZs, what could help Polish firms (which are mostly SMEs) compete better is “less bureaucracy and a less complicated tax system.” He says Poland’s economy “is similar to that of northern Italy, we have many domestic-owned SMEs and a few large, mostly foreign-owned, companies. So a better business environment for SMEs and wiser use of the EUR16bn of funds available for innovation in the 2014-2020 EU budget is where the focus should be, not on eliminating any so-called privileges.”

“They don’t believe in Polish entrepreneurs”

Marek Profus, a Polish entrepreneur involved in the energy, trade as well as sporting industry, and once top of the list of Poland’s richest men says “personally, I do not feel and have never felt in all my years of doing business that foreign capital is privileged in Poland over Polish capital. In fact, I’m very happy to see so many foreigners investing in our economy and to see foreign companies operating here, they help sharpen our competitive skills and I see absolutely no disadvantages to this.”

Ewa Dudzic, vice president and co-founder of Phenicoptere, a Polish firm which produces cosmetic gloves, also says she does not perceive any unequal treatment of Polish capital. “In my experience, I haven’t noticed any privileges for foreign companies. I believe the institutional playing-ground is equal for domestic and foreign firms.” According to Ms Dudzic though, the immediate and significant advantage foreign firms have over Polish ones is in the sphere of brand and image power. “International brands are automatically perceived as better than national brands here in Poland. This is a very significant obstacle for us Polish producers to overcome but I think it is changing slowly and more people are coming round to appreciating Polish brands.”

Zbigniew Tymiński, also a very successful Polish entrepreneur and owner of Honker, a Polish firm which manufactures automobile components and light transport vehicles, sees things differently from Mr Profus and Ms Dudzic. “Foreign capital is privileged in Poland. I’ve been running my business for 26 years, we’ve successfully produced components for Hyundai, Kia and Range Rover vehicles but I still have more problems securing finance from banks than a French or British entrepreneur in Poland would,” he said. Mr Tymiński though sees the problem as less institutional and more psychological. “The reality is that those working in financial institutions and making credit decisions still harbour doubts deep inside that a Pole can run a successful large-scale business. They are much quicker to believe in and trust Western businesses than Polish ones.”

He says another problem long-standing Polish businesses have has to do with the accepted definition of what is “innovative” in Poland. “My factory has been operating for decades and is thus obviously not shiny new. So when bank officials come to inspect the place and I’m asking for finance to upgrade my facilities, they say it doesn’t look modern and innovative and why don’t I build a new factory from scratch?”

But Mr Tymiński says “it doesn’t make economic sense for me to build a new factory from scratch when a good upgrade of existing facilities would ensure my factory more than meets world standards. A lot of long-standing Polish manufacturers have this problem, obtaining financing for the upgrade of existing facilities is much harder than getting finance to build new facilities, which for example foreign business here do as they are starting from scratch.”

Mr Tymiński also points to bank bureaucracy as a big problem for Polish entrepreneurs competing with foreign firms on the Polish market. “In France, you present an idea to a bank for financing and in three days they tell you yes or no. In Poland, they’ll have you running around for six months only to tell you afterwards that you didn’t cross a T properly in your application.”

It would seem thus that perceptions of whether or not foreign capital is privileged in Poland have to do not only with the individual experiences of entrepreneurs but also with the particular industry in question.

A major theme at various economic conferences and events in Poland in recent years has been that of the “middle-income trap,” the fear that while Poland has made huge economic strides since communism collapsed in 1989, it is at danger of remaining stuck somewhere in the middle of the global value chain, providing mainly relatively cheap labour and relatively uncomplicated production and services for global capital.

In light of these justified fears, it makes perfect sense for the current government to want to focus, as Economic Development Minister Morawiecki said, on “hi-tech innovative investments” which will help push Poland up the global value chain. But tone and language are important as is a cohesive and unified government stance. When someone as high up in government as Deputy PM Gowin talks of putting an end to the “privileged” position of foreign capital in Poland, it sends a less-than-welcome message to foreign investors and can be interpreted very negatively. As global markets tumble around us and prospects for the world economy appear less than positive, the competition for FDI is going to get even fiercer than it has been up till date.

Poland remains a very attractive investment destination due to its stubbornly solid GDP growth (3.6 per cent in 2015) in the midst of a lacklustre European economy. But apart from macro-economic indicators and prospective growth estimates, investors also look at the business environment of an economy before deciding whether to commit their money or not. It is the Polish government that is responsible for ensuring the country’s business environment remains as attractive and inviting as possible. So, by all means, the government should provide all the support it can to Polish capital and Polish firms. But not at the cost of making foreign capital feel unsure about whether it is still that welcome in Poland. In what seems to be setting out to be a particularly tough year for economies worldwide, the government needs to be more, not less, welcoming to capital of any colour whatsoever. 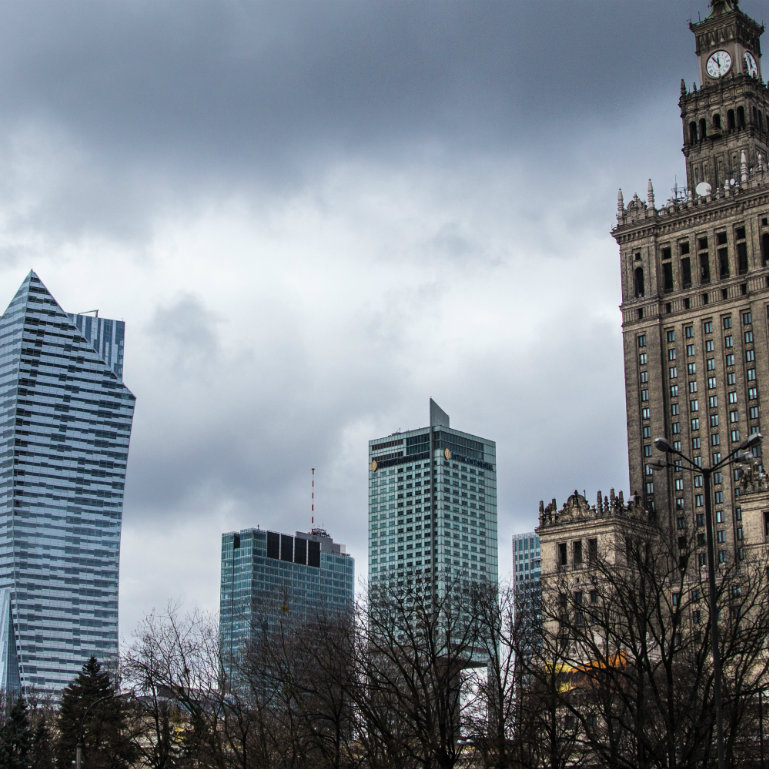 Category: Macroeconomics 25.09.2019
In the 15 years since the accession to the European Union Poland has modernized its economy and has made great progress in the comprehensive modernization of the country, including a reconstruction of the transport infrastructure. 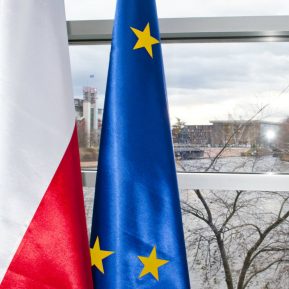 Category: Business 27.06.2019
Polish developers and government representatives discussed the prospects for offshore Polish wind power. Developers have started location and design procedures, but the offshore industry is waiting for a special law before it commits. 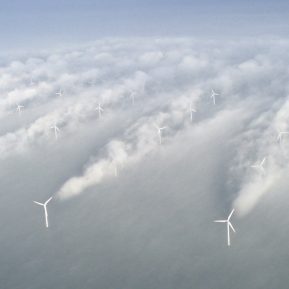