22.07.2019
The value of global exports of counterfeit or pirated products (copyrighted works reproduced without permission from the copyright owner) increased from USD461bn to USD509bn. The most commonly counterfeited products are electronics. 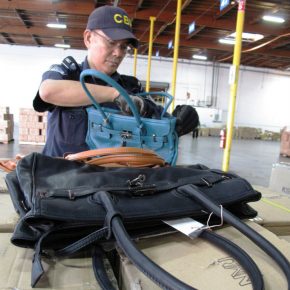 Once every three years, the Organization for Economic Cooperation and Development (OECD) and the European Union Intellectual Property Office (EUIPO) examine the size of global trade of counterfeit or pirated products (the latter primarily relates to the reproductions of films, music, books without copyright licenses, etc.). However, these observations only relate to cross-border trade and only include the cases detected by customs officers.

With fakes and pirated copies counted jointly, the most frequently counterfeited category of goods are electronic products. In 2016, this category of products accounted for over one third of all cases of counterfeit and pirated exports, reaching a total value of USD138bn. Other products commonly targeted by pirates include jewelry, optical, photographic and medical products, followed by clothing and footwear. The counterfeit goods most frequently seized by customs officers in 2016 include: footwear, clothing, leather goods, electrical equipment, watches, medical equipment, perfumes, toys, jewelry and pharmaceuticals.

The country most affected by industrial piracy is the United States. As much as 24 per cent of the seized counterfeit goods were products infringing the intellectual property rights of American companies. Other countries affected by trademarks and patents violations in 2016 (according to the value of the pirated products) were: France (17 per cent), Italy (15 per cent), Switzerland (11 per cent), and Germany (9 per cent).The group of entities suffering from piracy and counterfeiting increasingly includes the legitimate producers from the same countries in which counterfeit products mainly originate, such as China, Hong Kong and Singapore.

The losses incurred by countries with recognized product brands are in reality much greater than indicated by the official statistics of customs seizures. The flood of counterfeit products reduces the market share held by the manufacturers of original products and, consequently, has a negative effect on the number of jobs that they create. This also results in losses for the state budgets. The OECD-EUIPO report provides estimates for Italy, where the cheap competition from counterfeited products led to the elimination of 88,000 jobs, which corresponds to 2.1 per cent of the total number of employees in sectors directly affected by counterfeiting. According to estimates, the lost tax revenues from the Italian producers of genuine goods reached USD6bn in 2016, and lost tax revenues from the wholesale and retail sales sector amounted to an additional USD4.3bn. Altogether, counterfeiting and piracy resulted in a total reduction of Italian public revenues by almost EUR10.3bn This amount corresponds to 3.2 per cent of Italian tax revenues and 0.62 per cent of the country’s GDP. This is a painful loss for a country that is already suffering from a crisis.

The most interesting part of the OECD-EUIPO report relates to new trends in the global trade in counterfeit and pirated goods. There is a visible tendency towards the dispersion of shipments used in the trade in pirated products, which makes it more difficult to detect them during customs controls. In the years 2014-2016, about 69 per cent of all customs seizures involved small parcels primarily sent by post (57 per cent) or courier services (12 per cent). In the years 2011-2013, the share of small packages among customs seizures was lower (63 per cent).

At the same time, in the global trade in counterfeit products there has been an increase in the significance of several countries serving as the distribution centers for such goods. Several Middle Eastern economies, such as Saudi Arabia, the United Arab Emirates and Yemen, are important transit points for the exports of fake goods to Africa. Albania, Egypt, Morocco and Ukraine are particularly important intermediate points in the distribution of counterfeit goods destined for Europe. Meanwhile, Panama is the key transit point for fake goods heading to the United States.

The OECD-EUIPO report also identifies the conditions conducive to the growth of counterfeit production and its distribution across the world. These include, above all, poor intellectual property protection, which in turn is the result of weak regulations and low effectiveness of law enforcement. The report points out that free trade zones are a convenient environment for the production and distribution of counterfeit goods. These areas typically have good infrastructure and are characterized by much more limited oversight. Across the world, there is a clear correlation between the number and value of counterfeit and pirated products and the availability of free trade zones.

Other important factors driving the trade of counterfeit and pirated goods include low labor costs and the lack of stable labor market regulations. Measures such as raising the minimum wage decrease the share of counterfeit and pirated products in the market. Other important policies to reduce this share include the tightening (and enforcing) of trade requirements, e.g. concerning the certificates of origin of the exported products. 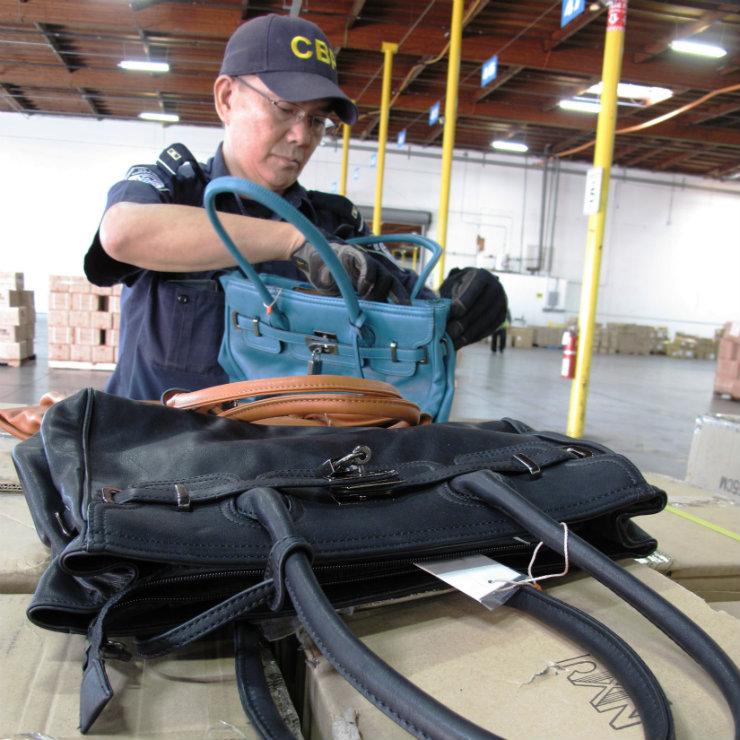