26.08.2019
In July, the Czech government gave preliminary approval for Elektrárna Dukovany II, a subsidiary of an energy company ČEZ, to build at least one new nuclear power unit in the country. 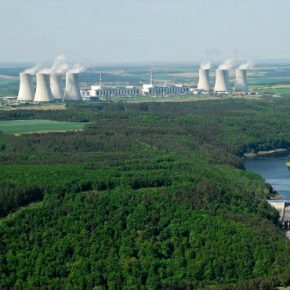 The Czech Republic discussed building additional units when the government approved a new state energy policy up to 2015, recommending that ČEZ, which owns and operates the nuclear plants at Dukovany and Temelín, should create a subsidiary company to research building and financing new reactors. The government said it would provide ČEZ with loan guarantees to help secure financing for any new reactors. ČEZ is 70 per cent owned by the Czech government. However, the state will not provide a return guarantee for a contract-for-difference (CfD). The investor model chosen is the basis for negotiations with the European Commission.

Reports said construction of any new units is years away, though equipment and technology suppliers could be chosen within the next five years. Expectations are that at least one 1,200-MW reactor would be built at Dukovany by 2035 to replace four existing units that are scheduled to be shut down between 2035 and 2037. New capacity at Temelín NPP would be built at a later date.

The government added that the construction contributes to the fulfilment of the State Energy Policy, which envisages increasing the share of nuclear energy in electricity production from the current 30 per cent to 46 per cent and then to 58 per cent.

Czech Prime Minister, Andrej Babis outlined the government’s plan to build a number of nuclear reactors, saying the state should control construction, so it can halt the expansion if power prices fail to support the project.

The government has been considering how to finance the expansion of the country’s nuclear power plants, before some units reach the end of their lifetime. ČEZ has balked at starting a tender without receiving state guarantees but Mr. Babis has said the company, Central Europe’s largest listed energy company, can handle the project itself.

ČEZ CEO, Daniel Benes said that the best model for the expansion had not yet been determined and that any plan must not harm minority investors. ČEZ launched the tender for new reactors in the second nuclear power plant in Temelín in 2011. However, the tender was cancelled in 2014 as the electricity prices were too low and ČEZ failed to receive state guarantees on power prices.

The current Czech nuclear reactors will retire in 2035. As this means a loss of 2,000 MW of installed capacity, building and financing new nuclear reactors is being discussed. Once Dukovany stops producing, the nuclear energy share would decrease below 20 per cent. The Czech government would like to build 1 or 2 new reactors to replace this capacity. The Czech Republic’s net export of electricity was 13,037 GWh in 2017. During the same year, the Dukovany power plant produced 11,861 GWh. This means that if Dukovany closes, the Czech Republic will no longer be able to export but it would still have enough sources to cover its own consumption – unless it increases significantly.

Coal accounts for 50 per cent of the Czech energy mix. However, the energy policy aims at decreasing this in the next years, a trend widely spread across Europe. More restrictive emission limits and the increasing price of CO2 allowances would probably further augment the cost of production from coal.

Natural gas is the second alternative. Electricity production from natural gas has increased by 40 per cent in the last 5 years, which still only accounts for 8.5 per cent of the energy mix. Production from gas is a low emission one and many European countries see gas as a very good alternative to coal and nuclear power. However, the Czech Republic already imports nearly 100 per cent of its natural gas needs, and on top, the most of it comes from Russia. A further increase of energy dependency on Russia is not a good option from a geopolitical point of view, and an increase of imports from Western Europe would require massive investments in natural gas infrastructure.

Renewable sources are the third alternative. However, the Czech Republic faces a few challenges. From a resource point of view, it isn’t the best country for wind and solar, as there aren’t many areas where sunshine and/or wind are stable and strong enough. And on top of that renewable energy is not widely supported by the public. During the solar boom in 2010 (an effect of massive subsidies), solar energy increased from 0 per cent to 2.5 per cent. 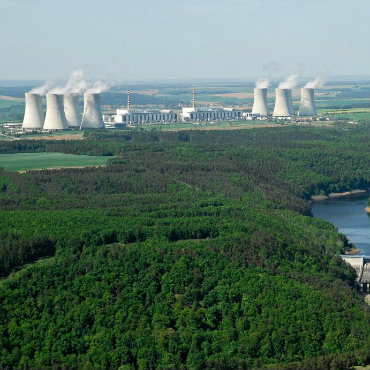