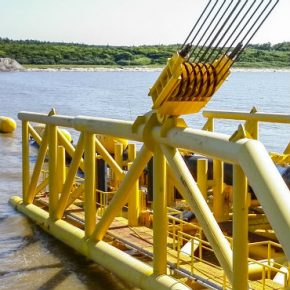 “I must praise us all. We are exactly, to the day, in accordance with the schedule that was set out two years ago,” said Piotr Naimski, the Polish government plenipotentiary for strategic energy infrastructure. “This is an important day. From this moment on we can talk about the Baltic Pipe as a mature project that has changed into an investment the decisions regarding which have already been taken. The construction will begin in 2020. Three years of preparation are passing and we have a year ahead of us. But from this moment, Gaz-System and Energinet can take the fundamental decisions because they are to do with expenditure,” he added.

Krzysztof Tchórzewski, Poland’s Minister of Energy stressed the political ramifications: “This is conformation that the Polish government is undertaking action that has the aim of decreasing our dependence on the supply of gas from the east. The Baltic Pipe project is a part of the three pillar energy policy of the European Union, sustainable development, better security of supplies and increase in competition.”

Tomasz Stępień, Chairman of Gaz-System added: “Every project has its breakthrough moment. Baltic Pipe has just had such a moment. I can say one thing — in October 2022 we shall open the gas from Norway”.

Gaz-System will be responsible for the management of the underwater pipeline to the Danish coast. According to Polish energy news portal, energetyka24.pl the agreement was signed in December 2018. Mr. Naimski stated that Gaz-System would run the pipeline to the last dry weld in Denmark, through Danish territorial waters and the special economic zone. On the island of Zeland, Gaz-System and Energinet will have part jurisdiction: Energinet will be the owner and operator of the Everdrup and Gaz- System will contribute to the construction costs.

Both countries agreed on a new Baltic border line. The Danish side was based on an UN maritime law convention from 1982. The problem was the grey area east and west of the island a 3,500 square km area that was corrected to run 12 km south of Bornholm. What may seem a minor diplomatic correction has great impact on the course of the Baltic Pipe, as well as the construction of offshore wind farms, and reserves of shale gas that are to be found in the grey area. The Baltic Pipe is to run through the middle of this space. But as energetyka.24 commented, the alum shale dimension is what lies at the heart of the matter.

It is precisely around Bornholm that alum shale reserves are deposited. According to a the US geological survey report from 2013 “Undiscovered Resources in the Alum Shale” these are estimated at 28 billion cubic meters (bcm). Since that time, Polish diplomats have been pressing for a drawing of the borders. Now Poland will have to invest in the research and exploration necessary to verify the claims.

Meantime, Russia is continuing its efforts destabilize Polish-Ukrainian relations by hitting at the Baltic Pipe. Through its media outlets, such as Regnum or Sputnik, it aims to reinforce the belief that Poland is trying to split Ukraine away from its gas supplies and eventually to partition the west of the country. It tries to undermine Poland’s efforts to become independent from the Russian gas (through LNG and the Baltic Pipe) arguing that these will be costlier options. 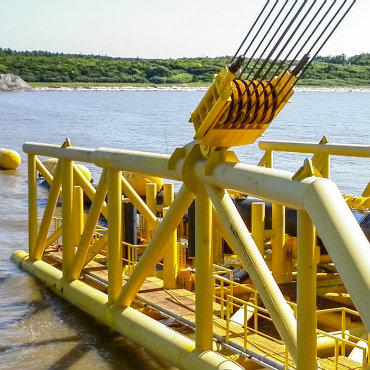 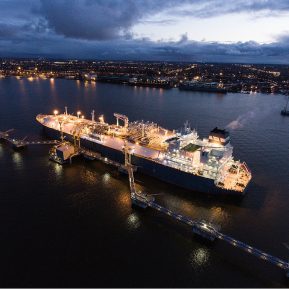