Hungary has started the year with lower taxes and less debt

08.02.2017
The beginning of the year brings changes that will provide relief to the Hungarians after several years of belt-tightening. 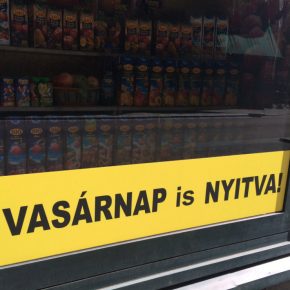 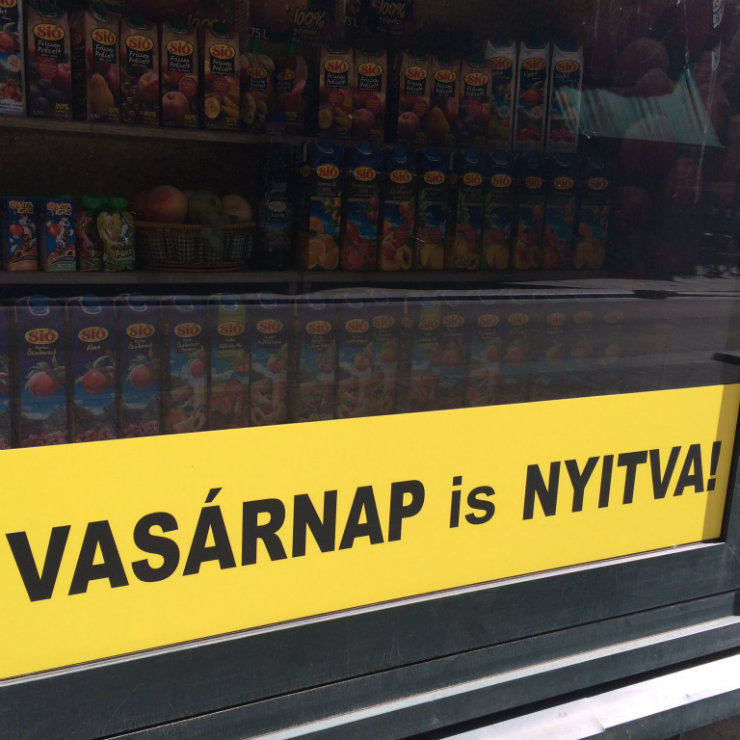 The improving credit ratings are the first signs of the country’s economic recovery. Meanwhile, the consumers will feel the impact of lowered tax rates.

The fact that Hungary is doing increasingly well in credit ratings is a proof of the improving economic conditions. In May 2016, rating agency Fitch raised Hungary’s rating to investment grade, and in September this move was also followed by Standard & Poor’s. The rating outlook was deemed to be stable. In November the same steps were taken by Moody’s, which – back in 2011 – had lowered Hungary’s rating all the way down to junk grade. These decisions are important as some of international funds are prohibited from investing if a given country has a junk rating.

In the spring of 2016, Budapest paid off the last installment of its debt to the International Monetary Fund and the European Union (the debt was incurred in 2008 by the Hungarian Socialist Party led government). Hungary had already taken the decision to close the IMF offices in Budapest. This coincided with the IMF’s renewed praise of Hungary’s effective macro-economic policy, following the years of criticism of Viktor Orbán’s government.

Previously, the IMF denounced Hungary’s activities, seeing them as unfavorable to banks and international corporations. It also considered Hungary’s economic policy to be unpredictable. There are many opinions that if Hungary listened to the IMF advice a few years ago, it would still be getting deeper in debt and would have to take out further loans.

Hungary is continuously reducing its foreign debt, although it is still higher than EUR100bn (in October 2016 it amounted to EUR109bn). Since the time of the serious economic crisis, which was particularly visible in 2010, Hungary’s debt was reduced by nearly EUR34bn. However, Hungary still has the highest external debt-to-GDP ratio among the Visegrad Group countries. Nonetheless, the rate of change may raise optimism.

Budapest can also boast a growing budget surplus, which in the first ten months of 2016 amounted to HUF57.5bn (approx. EUR184.8m). This means that the Hungarian government has the funds needed for the tax cuts aimed to revive the country’s economy.

Hungary, however, is not the only country in the region to post a budget surplus. In 2016 the Czech Republic also recorded a surplus.

2016 brought a significant recovery in the Hungarian real estate market, which was badly in need of such change. In 2015 fewer than eight thousand new dwellings were built as compared to 40 thousand dwellings constructed annually before 2009.

In 2016 over 10 thousand building permits were issued, half of which in Budapest alone. This represents a significant growth after years of stagnation in the construction industry. There were 10,257 building permits issued in 2016, compared with 6,526 in 2015, posting a 57 per cent increase.

This was driven by increased attractiveness of residential mortgage loans, which in certain cases are subsidized from the state budget. The beneficiaries especially include young families that can receive as much as HUF10m in subsidies (the equivalent of EUR32,145), depending on the number of children or – interestingly – a commitment to have a certain number of children in the future.

Another important factor is the decrease of the VAT rate on new housing from 27 to 5 per cent in 2016. This benefits developers who have already increased their production.

Higher demand translates into a significant increase in real estate purchase and rental prices, by as much as several tens of per cent, depending on the city and the standard. Of course, prices are growing most rapidly in the capital. A studio apartment near the center of Budapest currently costs approx. HUF100,000 per month (the equivalent of EUR321.45), which is almost twice more than even in 2014. At the same time, wages are still at a significantly lower level than, for example, in Poland.

Prices of rent have also increased driven by the popular international homestay network Airbnb Airbnb. The capital of Hungary enjoys great popularity among tourists, renting apartments for a short stay.

In the spring 2016 the public sentiment forced the governing Fidesz party to lift the Sunday shopping ban and stores have been opened on Sundays from May. According to various surveys over two-thirds of Hungarians demanded that unrestricted Sunday trading be restored. It was introduced just one year earlier – in March 2015. It mainly applied to large and medium-sized retail outlets, and did not bind certain small shops or bakeries – which were free to operate until noon on Sunday. The ban was justified, among others, by the fact that retail chains have an excessive market share at the expense of small, family-owned stores.

The demand for lifting the ban was supported by the Hungarian Socialist Party, which might seem strange as for political party, which by definition should support restrictions on working time. Its politicians tried to submit a motion for a referendum on the issue, which Fidesz would probably lose. The government’s defeat in a referendum following many months of campaigning would please the Socialists, who are still unable to recover after the electoral defeat of 2010. However, the Orbán-led government decided to anticipate the Socialists’ move to avoid having its image tarnished.

The development of economic cooperation with Germany

The continuation of economic cooperation between Budapest and Berlin may seem as a surprise to casual observers of the international stage, mainly because Orbán often joins the critics of the EU policy, whose main actor is, after all, the German chancellor Angela Merkel.

The Hungarian Prime Minister is seen as the first leader to openly reject Berlin’s policy towards illegal immigrants. Yet, political rhetoric used to maintain high support among the Hungarians is one thing, and economic interest is quite another. Trade with Germany is a priority for Hungary. Prime Minister of Hungary is fully aware, that it is better to talk directly with the German government, instead of negotiating at the EU level.

This is hardly surprising if we look at the trade figures, which clearly show the importance of the relationship with Germany. In 2015, the total exports from Hungary slightly exceeded USD100bn, of which exports to Germany accounted for USD27.3bn. The second largest importer of Hungarian products was Romania (USD5.2bn), followed by Slovakia (USD4.9bn), Austria (USD4.8bn), Italy and France (both approx. USD4.6bn). Poland was ranked ninth (USD3.7bn USD). At the same time the largest part of Hungary’s imports came from Germany (approx. USD23.5bn), followed by Austria (almost USD6bn) and China (USD5.2bn). Poland took the fourth place (just over USD5bn). These trends continued in 2016.

The significant trade surplus with Germany is primarily due to the fact that several factories of German car manufacturers, as well as several thousand other companies with German capital, have been located in Hungary. The most important of these are the Mercedes factory in Kecskemét and the Audi factory in Győr (the Japanese company Suzuki also located its leading European factory in Hungary). The Hungarian authorities are doing all they can to encourage foreign car companies to increase production in their country. They even imposed certain restrictions on the legality of strikes and lockouts.

Tax cuts for a good start

The Hungarians entered the new year with lowered tax rates. The most important change is the introduction of the lowest CIT rate in the European Union and the reduction of VAT rates on selected food products. Pursuant to a decision of the Hungarian government, as of January 1st, 2017, the corporate income tax is only 9 per cent (against 10 and 19 per cent in the previous years). The previous two tax thresholds divided the entrepreneurs into those with an annual income reaching up to HUF500m (EUR1.6m), who were subjected to a 10 per cent rate, and the largest companies subjected to a 19 per cent tax. Therefore, the reduction will bring benefits to larger companies and foreign investors. Social contributions paid by employers have also been lowered from 27 to 22 per cent (read more).

The year 2017 will bring relief not only to companies, but also to ordinary citizens. VAT rates were lowered for selected food products. In the case of poultry and eggs, the rate was cut from 27 to 5 per cent, while the VAT on milk was lowered from 18 to 5 per cent. An average Hungarian family will be able to save the equivalent of approx. EUR100 per year. Hungary had previously reduced VAT on pork which helped stabilizing its prices and boost consumption.

Budapest is planning further reductions of VAT rates on food. Lower VAT is be charged on vegetables, fruit, bread, cream cheese, sour cream and fish. The move is criticized by opposition, which believes that Orbán is cheating the voters and that prices would increase again. Next year it will be known whether the Fidesz government has made the right decision.