19.03.2019
Last year, Serbia became the world leader in the increase of the production of crude steel with a growth rate of 38.9 per cent, according to the World Steel Association data. Serbia produced 1.8 million tons of raw steel during the 11 months of 2018 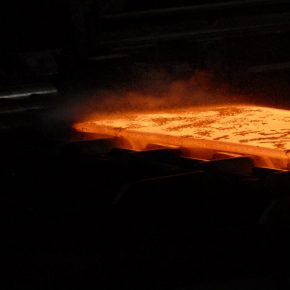 Vietnam is in the second place with production growth of 35.9 per cent to 12.8 million tons. The statistical survey encompassed 64 countries that account for 99 per cent of the world’s total steel production. The largest decline in steel production in the period January-November 2018 was registered in Venezuela, where it decreased by as much as 69.3 per cent, from 411 thousand tons in 2017 to 126 thousand tons last year.

Some countries in the South-eastern European environment, such as Bosnia and Herzegovina, also reported a decline of 11.4 per cent. In BiH, from January to late November 2018, 616,000 tons of steel were produced, as opposed to 680,000 tons in the same period a year earlier. An insignificant decline was also noted by neighboring Macedonia, which during that period had produced 239 thousand tons of steel. The total steel production in 64 countries, according to the World Steel Association, increased by 4.7 per cent to 1.646 billion tons in 2018, half of which came from China.

Almost everything that Serbia produces comes from the Smederevo Steel Company (Železara Smederevo), owned by the Chinese HBIS group. When they started the steel production, the Chinese have announced that they will achieve maximum production. The production realized is very significant for the Serbian economy, especially for the 5,000 income-earning workers, and the state budget.

The Železara Smederevo had quite a difficult post-Yugoslavia development. The loss of market after the breakup of the former state led the steel company to bankruptcy. In April 2003, the company was sold to American steel company U.S. Steel for USD23m. U.S. Steel pledged to invest USD150m in modernization, but the development declined. Finally, in 2012, U.S. Steel sold the company to the Government of Serbia for USD1. Unsuccessful attempts to sell the company to American and Dutch buyers meant difficult times for the workers and the industry itself. But in April 2016, the Chinese group bought the company for EUR46m, with investments of USD300m over the next two years. Today, it functions as HBIS Group Serbia Iron & Steel, known as Hesteel Serbia, with facilities in Smederevo (harbor), Radinac (steel plant, cold and hot rolling mill), Šabac (tinplate) and Kučevo (limestone mining), and with headquarters in Belgrade. Železara Smederevo is the second to Fiat car company the biggest Serbian exporter.

Although the Chinese arrived at the time of the biggest world steel crisis, it seems that the factory is on the track to become the most competitive steel mill in Europe. When the Chinese took it over it generated a loss of about EUR130m in one year. By the end of 2016, it had a net revenues of EUR10m. After a seven-years economic stagnation, with a little effort, HBIS has managed to „heal” the Serbian steel sector. Over the past two years, money has been invested in technological upgrades — improvement of equipment and overhaul on the agglomeration, reconstruction and overhaul of the high-tech equipment, the reconstruction of the converters. The overhaul and technological reconstruction of the Hot Rolling Mill, the reconstruction of the prefabrication, the automation of the first and second levels of the entire rolling line, as well as the project of technological upgrading in the Cold Rolling Mill have been completed.

According to the plan, in the next two years the plant will continue to invest in new equipment and upgrades existing in the amount of EUR150m. Technology and knowledge — the two most important advantages — are considered to be major reasons for a recovery.

In 2017, China and Serbia signed a memorandum of understanding on the development of a Sino-Serbian industrial park, which will be built as a joint venture, and will cover 500 hectares of industrial zone in Smederevo, near the Danube and the large corridors, but also the junction of railway carriers. It would be the first Chinese industrial park in Europe, and at the same time the start of strategic cooperation between the two countries. Not to mention what it means for the One Belt, One Road Initiative.

Since beginning of 2018, European steel industry found itself under threats from its American counterparts. The US introduction of a 25 per cent import duty on steel and 10 per cent for aluminium, which American president Donald Trump announced in March last year. It triggered a fall in stock indices, but also the reaction of the most important trade partners, notably Canada and the EU. In the past two years, nearly half of the steel imports were imported from Canada, Brazil, South Korea and Mexico, while Chinese steel made less than two per cent of the total imports. With the argument that „the steel and aluminium industries are decadent because of the trade and bad policy that has been run for decades and that other countries are no longer using America, its workers, and companies,” Mr. Trump has relied on a new measure to protect the US industry.

As an answer, The European Commission has proposed a combination of quotas and tariffs to eliminate the danger that the European market will overwrought steel products. The mentioned measures are the third part of the Brussels response to US tariffs. Namely, the European bloc has already introduced tariffs of EUR2.8bn worth of imports of US products, including bourbon and Harley Davidson engines, and initiated proceedings before the World Trade Organization. The European Commission says the European steel industry is in a delicate situation and is vulnerable to further increase in imports. This also had an impact on Serbian production.

In October 2017, The EC decided in October 2017 that the Železara Smederevo did not have to pay any export penalties. The EC then introduced anti-dumping measures on steel from Brazil, Iran, Russia and Ukraine. In July 2016, just one month after the Chinese took over Smederevo’s steelworks, the EC officially initiated an investigation against Serbia. What the EC showed during the investigation is that there wasn’t sale of steel under the price from Serbia, but this did not satisfy Eurofer.

So the Eurofer Steel Association of Europe has filed a lawsuit against the European Commission (EC) before the European Court of Justice in Luxembourg for the anti-dumping investigation conducted by the Brussels administration against Serbia and four other non-EU countries.

To bring customs rule for a country, the EC must prove three things: that there was dumping involved, that the European industry had suffered the damage and that there was a clear cause-and-effect relationship between the dumping price and the damage on the European Union market. Also, European steel manufacturers were never bothered with the Smederevo factory while it was state-owned. Only after the arrival of the Chinese, who represent a global threat and because of whom steel workplaces in the steel industry across Europe are closed, Serbia found itself under the watchful eye.

Serbian President Aleksandar Vučić says the plan of exporting 1,4 million tons of steel can be achieved only „if the EU does not prevent it”. Economists believe there is no big danger that Brussels will put some measures to work, if both the state and the owner of the Železara Smederevo behave according to the regulations, do not dampen prices, and only Serbian steel is sold on the European market. If it were to the contrary, Serbia would have been penalized, and steel would not be the first product on a list, as similar penalties were imposed on the sugar that Serbia placed on the EU market.

Despite statements from Serbian officials, there is no official information from the European Union on whether it will really take some measures and create barriers to steel exports from Smederevo’s Železara. 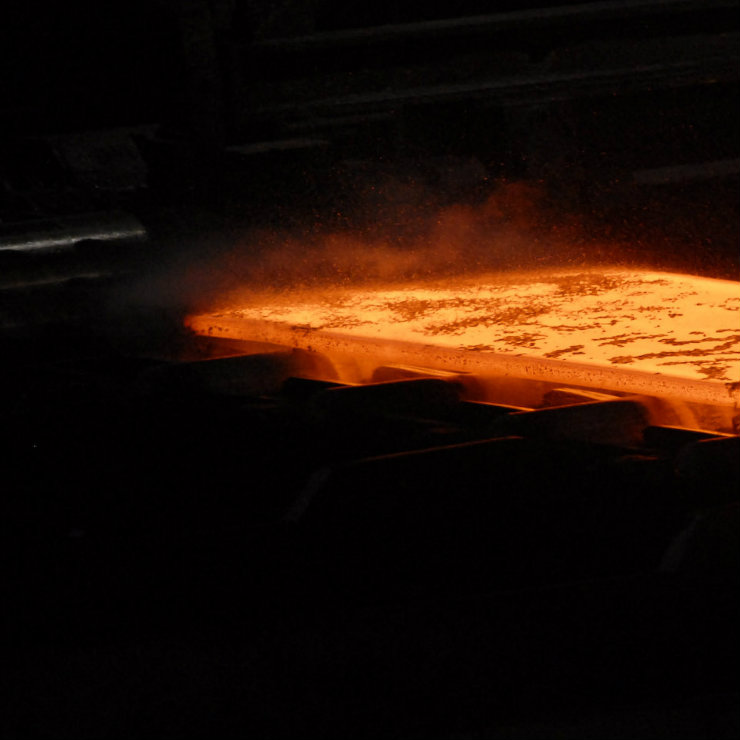