09.10.2020
“The coronavirus will boost demand for larger apartments, as some people will work remotely,” says Jacek Łaszek, PhD. He has no doubt that the pandemic will change the commercial real estate, and rents for office space will go down. 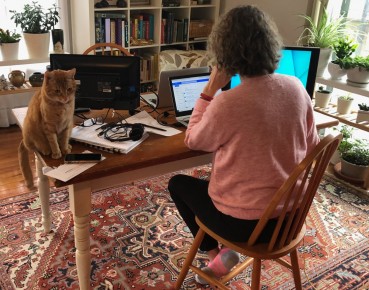 Obserwator Finansowy: How has the pandemic affected the real estate?

PhD Jacek Łaszek: It certainly has cooled things down. When it comes to global commercial real estate market, we have two problems. Firstly, global demand is decreasing, and commercial real estate is no longer as profitable as it used to be. Secondly, the COVID-19 pandemic has demonstrated that working from home is a viable option and that the necessary infrastructure is already in place. In other words, we can well have the home office, which benefits both companies and employees, while increasing the burden on middle management.

Does this mean that we have too much of office space?

In many countries the property markets were heated, which was associated, among other things, with the policy of low interest rates pursued by the central banks. One consequence of this policy is poor allocation of capital. In other words, the credit channel does not fulfil its function of constraining the efficiency of investment projects. Some sectors of the economy, and in particular those that are less sophisticated and more capital-intensive, experience excessive investment. After all, banks and investors love the opportunity of earn money without too much effort. Also, not everyone is able to make money on advanced technologies, as this requires the development of a scientific base and participation of tech companies. In contrast, the construction of office buildings or shopping galleries is a relatively simple business.

We had overinvestment in some Western countries, such as Denmark or the Netherlands.

The immediate reaction to this was macro-prudential policy. The authorities also started paying more attention to the real estate market. Of course, the starting point in this case was the conviction that if we are pursuing the implementation of such inefficient policies due to political reasons, then we should at least attempt to intervene in areas where we know from history that problems are likely to arise. The authorities attempted to introduce some restrictions on the riskier investments, and especially indirect investments pursued on the financial market — investments in financial instruments based on debt instruments. However, the results have been rather poor, because it is difficult for public officials to control the capital markets, especially with regard to very sophisticated business activities. The market may not be the best mechanism for resource allocation and may not be the most effective in disciplining investors through losses, but at least it works. Of course, I have always been a supporter of macro-prudential policy, but I know that it is not a miracle cure.

Has COVID-19 changed this situation?

It has. It turned out that one can function quite well without renting a lot of office space. It is also possible to sell products without large shopping malls; but then we’ll have to build new warehouses. Many of my friends working for international corporations are doing it from their homes. Although, we should point out that this situation is much more challenging for the management: you have to be able to control. But as long as that’s the case, the arrangement works well and at a lower cost. At the same time, fully remote work is not the best solution. The most effective option would probably be some mixed formula: most of the work is done at home, but sometimes we have face-to-face meetings. These solutions will emerge as we go.

Conservative companies, such as state-owned enterprises, where the managers are more traditionally minded, probably won’t do this anytime soon. But new, innovative companies, whose activities have to be cost-efficient, will opt for remote working. Their owners will simply enforce this for the sake of the profits, and then others will follow. As a result, the demand for real estate will be lower and rental prices will drop. We will see vacancies and they will cause price declines because property maintenance costs.

Will this also be the case in Poland? Until recently we have experienced a shortage of office space.

The market has become more balanced, and over time there may even be too much office space available, especially in some local markets. We can already see excess supply of commercial real estate for rent in the United Kingdom, and especially in London, after Brexit. In that location the market for luxury skyscrapers and expensive housing has been very shaky. But New York is also in trouble. I wouldn’t worry about Poland, though. A large percentage of the properties belong to foreign capital. Therefore, from our point of view, at the very most we will have a lot of cheap offices for rent. This is good for the growth of businesses.

If some properties are losing value, maybe others are gaining?

This is indeed the case. If more and more people are working remotely, then eCommerce grows and, consequently, there is a greater demand for warehouses. In Poland, we have observed a solid growth in logistics-related properties, because our country enjoys a favorable geographical location at the crossroads of major trade routes. But now, due to the pandemic, various types of warehouses are really thriving.

Are there any other visible changes in the market?

We’re seeing falling interest not only in office space but also in commercial properties. Even before, we had a surplus of shopping malls. Too many of them were built on the wave of widespread optimism, which is typical for this sector.

And will the lower demand for office space lead to an unemployment?

No. Not necessarily. If people perform some of their work at home, then in some cases employment could even increase, along with a simultaneous reduction in the leased office space. Software developers, engineers, analysts and other experts from international corporations are now successfully working from home, using the internet and various messaging tools. Sometimes, for example once a month, they will meet somewhere, and that’s enough. It’s just that this has a certain effect on the housing demand: people are currently purchasing slightly larger apartments than before.

So, we are dealing with a situation where some of operating costs are passed on to the employees?

This is true to some extent. If someone knows that they will be working at home, they will choose a larger apartment because they want to avoid being cramped in a tiny apartment, with wife and their child at their side, while participating in a conference call with the company’s president and foreign partners. In such a situation, the worker needs a separate room. And this entails higher cost: not only the costs of purchasing or renting a larger apartment, but also the maintenance costs.

Is this a trend?

Not yet, for the time being these are just individual cases. Even my friends have been faced with such a problem and decided to buy a bigger apartment. My colleague, who is an analyst, has to “shuttle” between London, Singapore, etc. He has to have enough room for the computers, the cameras and other equipment, as he doesn’t have an office in the city. Therefore, the coronavirus will probably generate demand for larger apartments, as some people will switch to remote work.

And what about people moving to smaller cities with lower living costs?

I wouldn’t really expect that. In Poland’s biggest cities there is a greater synergy. People are simply more productive, which is confirmed by various studies. They have more contacts, they collaborate more effectively, and they absorb more information. The question is whether this can be replaced with remote meetings. I don’t really believe that’s possible, but we’ll see. This will certainly be possible in teams which have been working together for years, where people know each other well, and communicate almost without words.

So, the likely outcome is that office space will become cheaper, while housing and recreational properties will become more expensive?

We don’t have a lot of data yet, because they are usually delayed by at least a quarter. At the same time, in the real estate, and especially commercial properties, most contracts are long-term ones, at least three years. Withdrawing from such agreements means high contractual penalties, and therefore the tenants have to resort to subletting their space. Because of that we have not yet seen a sharp drop in prices. But such a trend will probably materialize eventually.

Will we return to the “business as usual”?

Well, we live in times of uncertainty: we don’t know whether domestic demand will rebound after the pandemic. This might be the case, and that could support the economy. But then we also have external demand, which has suffered a sharp decline. We should keep in mind that our economy is open: about 60 per cent of our demand comes from exports. We have strong cooperative ties with Germany, and Germany has such ties with China, and many other countries of the world. The crucial question is whether all of this will be restored. There are some industries, such as transport and tourism, where the shock was very strong, and was additionally compounded by structural problems. This is unlikely to be rebuilt quickly.

And the real estate is highly cyclical.

We are not entering this cycle in the best shape, in particular in the residential housing sector, as we’ve had a construction boom and a lot of new housing is currently under construction. Moreover, the Polish property developers’ model of operation dates back to the times of the political transformation. The developments are financed on a from-hand-to-mouth basis, usually without significant bank loans. Many projects were launched in 2019, when the demand was on the rise. Property developers usually have a lot of capital and can keep up their developments, yet in an adverse economic scenario they might face problems finding buyers, which would result in major liquidity problem. In other words, given the large scale of construction projects in progress, if this machine “seizes up” there will be problems on this market.

But until 2021, we probably will not know whether these problems are significant or not, and whether they will lead to a price correction. This will only be a sectoral adjustment, however, and will not cause major problems for the general economy. Of course, it is also possible that everything will return to normal and it will be the “business as usual”. It’s just that the prices are not likely to increase at the same rate as they have in the recent years.

The views expressed in this interview are the private views of the author and are not an expression of the official position of the NBP. 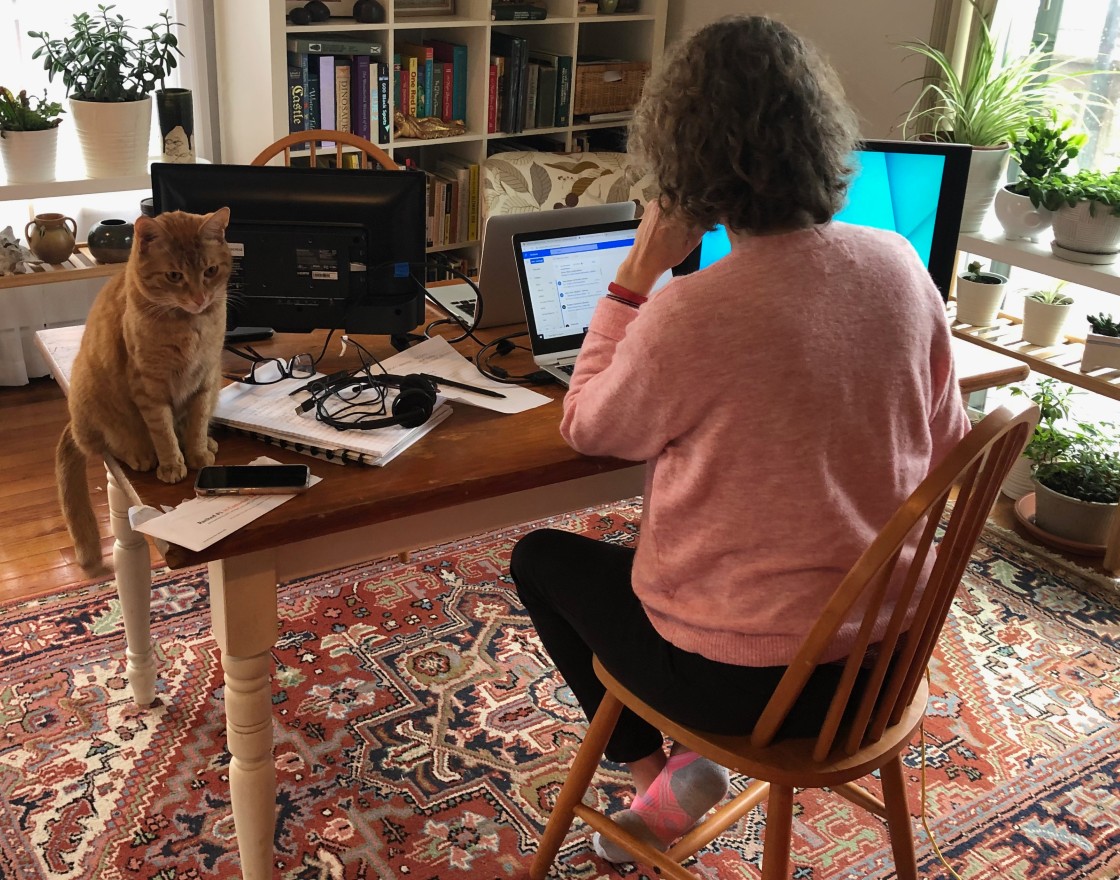