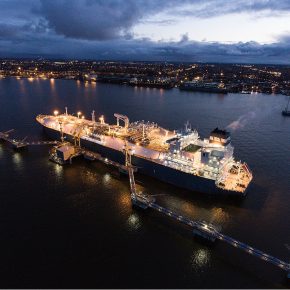 In that year the 10-years-rent from the Norwegian Hoegh will come to an end. Currently, Hoegh staff is running the terminal, and the gas comes from the Norwegian Statoil. The decision was made on the basis of the technical and economic analysis of alternatives and the recommendations of foreign consultants, considering the long-term lease and the purchase of terminals. It is estimated that with purchasing the terminal maintenance costs will fall by EUR23m compared to 2019, i.e. from EUR66m to EUR43m. Lithuania believes that Independence, which is managed by Klaipedos Nafta since the end of 2014 and has a capacity of 4 billion cubic meters (bcm) of gas annually, will bring economic benefits in terms of cheaper gas and security of supplies, as the country no longer depends on Gazprom as the only supplier of natural gas. Experts believe that without terminal Gazprom would increase the price of Russian gas by 20 per cent, which would result in overpaid EUR160m annually.

The purchase price of the FSRU Independence was not disclosed. It took three years for Lithuania to prepare for Independence’s purchase, and it helped lowering Russian gas prices by as much as 23 per cent. It was the largest decrease among 28 EU member states. It has helped to cover the cost of building the dock and pipeline to the terminal. If the terminal worked with 80 per cent capacity, it would cover the needs of the entire Baltic region, including Latvia and Estonia. Klaipedos Nafta says the terminal is among the most used in the EU and provides almost half of the gas needed by Lithuania.

In 2017, Lithuania used (LNG terminals UAB LITGAS, UAB „Lietuvos dujos” and AB Achema to deliver 1.23 bcm of natural gas. Also, in 2017, additional activities related to the LNG terminal started in the H1 and continue to be successfully implemented. Also, in H1, the first transfers to LNG tankers from the new AB began. LNG underground stations are now open at Klaipedos Nafta. From July 2017, GET Baltic established trading sites in Latvia and Estonia in order to begin the natural gas exchange. GET Baltic has become a regional trading platform and has taken another important step — launched short-term cross-border capacity allocation services for the Baltic natural gas transmission systems for operators. Together with new services, GET Baltic has expanded existing eCommerce systems functionality and a list of traded products.

In August 2018, the Lithuanian Ministry of Energy has provided a public consultation on the projects for the amendment of the Energy Resources Market and the Heat Sector Law. The amendments to the law are intended to stimulate competition in the natural gas market and increase its liquidity. The Ministry of Energy proposes to liberalize the supply of natural gas by removing the obligation for regulated energy producers to purchase natural gas from the designated supplier. Upon improvement of the realization of the LNG terminal’s minimum volume of sales, foreclosure of this quantity in market conditions would increase competition in the natural gas market and its liquidity.

At the same time, it is proposed to make use of the best market instruments and making sure that regulated energy producers, which produce 50 GWh of natural gas or more per year, purchase at least 50 per cent of the required annual quantity of natural gas on competitive terms in the natural gas exchange GET Baltic. There are currently eight regulated energy producers currently making about 90 per cent of the total amount of natural gas. They now buy gas from Litgas at a price fixed by the Price Commission. Therefore, all these companies do not participate in the market. This year, the largest amount of LNG consumer is with 1.952 TWh — Vilnius Heat Nets, followed by Panevėžio Energija (233.7 GWh), Klaipėdos Energija (230 GWh), Kauno Energija (168 GWh), Lietuvos energija gamyba (155.9 GWh), Šiaulių energija (151.6 GWh), Litesko (109.7 GWh), Visagino energija (80 GWh). The remaining suppliers would use less than 50 GWh. The minimum annual amount of LNG which it is obliged to import and issue through the LNG terminal is 3.8 TWh (325 million cubic meters) in gas form, or about 4 LNG per year. A new LNG terminal implementation model would stimulate increased trade in the natural gas exchange and facilitate the entry of new suppliers into the market. It is expected that with the increased competition of suppliers on the stock exchange, the prices of natural gas for end users would decrease.

Currently, all producers are obliged to buy all gas from the national gas company Litgas, and the rest of the quantities Litgas sells on the market. Litgas and the gas exchange operator GET Baltic say that look favorably for the government decision, precisely because of the increase in competition in the gas market. This would lead to dramatic changes in the designated supply side, but they see the value for consumers and the market. On the other hand, the changes would give more flexibility to energy producers, while also provide Litgas with the necessary operation of the LNG terminal. They would also strengthen the competitiveness and liquidity of the natural gas market, which is important in preparing for the creation of a common Baltic market for gas (BNS). LItgas would continue to be obliged to ensure the necessary operation of the LNG terminal by importing the LNG required for it. 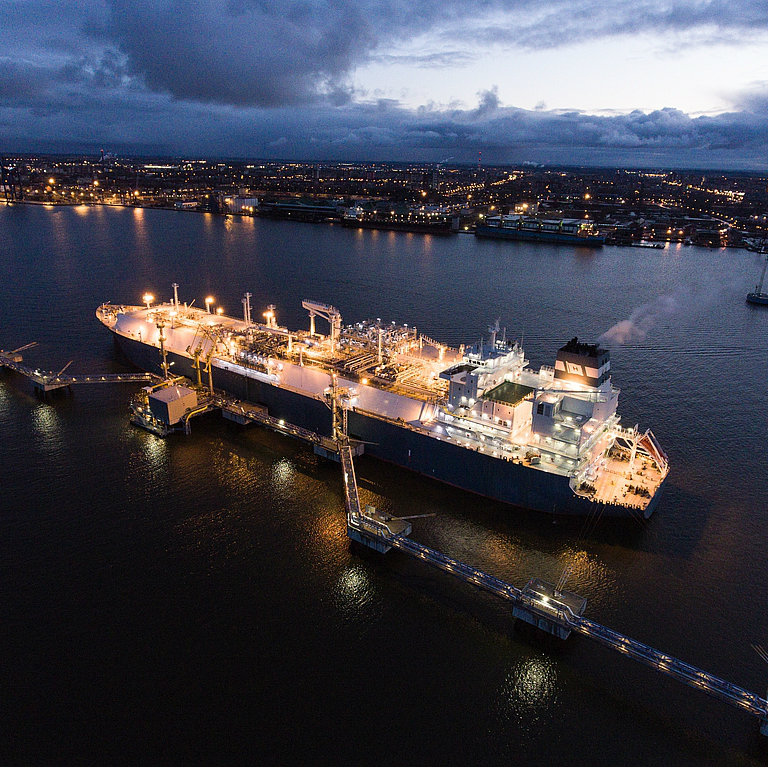