10.09.2018
Serbia is trying to find a strategic investor for its mining company. So far the Serbian state was not able to successfully privatize the company. 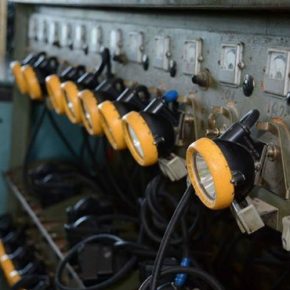 In July 2018, the Ministry of Economy of the Republic of Serbia published the public announcement for selection of the strategic partner for Mining and Smelting Combine RTB Bor. According to the parameters of this public competition, the potential strategic partner is obliged to invest in the recapitalization of the company at least USD350m. A company interested in conclusion of the Agreement on Strategic Partnership must have a business income of at least USD500m.

This is the fourth public competition that aims to sell this eastern Serbian mining company. The first tender was announced in 2006. On that occasion, the Romanian company “Kuprum” offered USD400m. However, they did not reach the agreement as “Kuprum” was not able to provide the necessary bank guarantees within the deadline.

It was the very next year that a new tender was announced. In August 2007, the best offer was given by the Austrian company “Atek.” It turned out that the company did not have the USD466m that it bid for the takeover of RTB Bor. A year later, the state made a public announcement, offering 67 per cent of the company’s capital. The idea of finding a strategic partner implied that the investor was to repay all the debts of the company, which were quite high. In all likelihood, this was the reason why the idea of recapitalization failed ten years ago.

So far, several companies have shown interest in being a strategic partner for RTB Bor. Li Manchang, Chinese Ambassador in Belgrade, said that a Chinese company applied for the tender, according to state-owned Radio Belgrade. He also added that, to his knowledge, there were around ten companies willing to participate in the competition.

Last year, Aleksandar Antić, the Minister of Energy and Mining, stated that it was before the selection for the strategic partner that the state had solved debt problems. In May 2018, the Assembly of the Mining and Smelting Combine Bor decided that three companies were to be merged with the parent company – Copper Mines Bor, Copper Mine Majdanpek, and Bor Copper Smelter Refinery. This change in the organizational structure came from the “Pre-arranged RTB Reorganization Plan.” With this organizational change, the mutual claims of these companies were canceled, which should result in significant savings.

Over the past years, the liquidity of this company has improved significantly. In the Q1’18, they exported USD54.3m in goods, which shows an increase of about one third compared to last year. The reason for this relative improvement is the increase in the price of copper on the world market, as well as a high demand for this metal in neighboring countries of Serbia. The international metal market has had a major impact on the financial position of RTB Bor. Around ten years ago, the price of copper on the world market was up to USD11,000 per ton. After that, there was a steep decline to only USD4,000 per ton in the last few years. Then, in the second half of last year, there was a steady growth, so at the beginning of 2018, the price of copper was around USD7,000 per ton. In January this year, Ana Raičević, an expert from the Metal Industry Association of the Chamber of Commerce and Industry of Serbia, said that “according to current estimates, no dramatic price increase is expected, that is, experts believe that the price will not go much higher than USD7,200 per ton.”

It still remains questionable whether the improved conditions on the world market have also contributed to the possibility of RTB Bor finally being saved from unprofitable business. Namely, according to the aforementioned document on the reorganization of the company, the Republic of Serbia had state creditors write off the RTB Bor debts.

Mining and Smelting Combine Bor is one of the companies that had to be offered on the tender according to the memorandum the Serbian Government signed with the IMF. According to this document, by the end of March, the state should have announced a tender either for privatization or for a strategic partnership. Although they missed the deadline to some extent, the first indications point that there is some interest in the company. The increase in copper prices on the world market suggests that this may be the best opportunity to find a strategic partner after a decade of great temptations for the most important company in eastern Serbia. 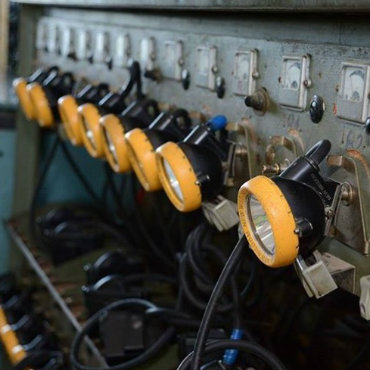