Potentials and challenges of the renewable energy 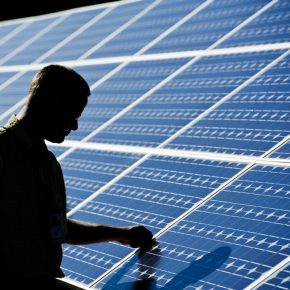 After 2014, the total volume of M&A transactions in the oil& gas sector reached a peak, but a sharp decline has occurred, and the stabilization period is still on. In the H1’18, 182 transactions were done globally, which is 26 per cent less y/y. A more significant drop is visible in transactions’ value. In the period mentioned the value of transactions reached EUR87bn, which is 66 per cent less y/y. Despite the decline in activity, the companies’ evaluation has recovered. The average EV/EBITDA ratio (the value of the company/profit before interest, taxes and depreciation) for companies in the energy sector was 12.1, as pointed out by IMAP (a consultant company for corporate mergers and acquisitions) experts. But companies in the renewable energy sector have had better evaluations. The average ratio of EV/EBITDA reached 13.7 in the H1’18. Investors in this sector see higher returns due to the generally high technological advancement of this sector, the optimistic outlook and stable growth.

IMAP analysis shows a more pronounced trend of changes in the energy sector. Traditional electric power generation slowly gives way to viable and more cost-effective alternatives, and renewable natural resources and energy storage are two segments where, as it seems, lies the future. The investor’s interest is also visible in investing in new energy capacities. According to IMAP, solar and wind power plants account for more than 80 per cent of new installed capacity.

IMAP highlights two trends which in the forthcoming period could further accelerate the pace of change in the energy sector. The first relates to electric micromagnetics, which have the potential to significantly change the way we produce and waste energy. Microfinance projects attracted the investments of the largest energy companies, such as Enel, Shell, Engie, EDF, Total. The second trend relates to ever faster changes in the transport sector. Technological disruptions, such as electric vehicles, autonomous vehicles, transportation sharing, energy storage, and solar technology, dramatically change the transportation and energy industries.

This is attested also by the decision made by the European Union institutions. In November 2018, the European Parliament (EP) has adopted, by a large majority of votes, the proposals of three new directives on the objectives of the EU for the use of renewable energy sources, which will, amongst other things, enable citizens to produce energy for their own consumption. The new Directives of the Pure Energy for All EU Citizens will provide renewable energy production for a household use, as well as storage and sale of surplus energy. Citizens will be able to use their own energy without paying taxes, and they could receive reimbursement for the energy they return to the network.

EU Directive set the share of energy from renewable sources to 32 per cent by 2030, and at least 14 per cent of renewable fuels. The EP also called for clearer measures regarding the complete cessation of the use of harmful biofuels, such as palm oil by 2030. Still, there is a concern at the European Commission about suggesting stricter measures, as far as the palm oil is concerned. If the EC does not make a clear proposal, the debate on biofuels will continue for some time in the future. By compromising the proposals and positions of the European Council, which have proposed 30 per cent share of renewable energy sources, and the EP, which proposed 35 per cent, EU energy efficiency by 2030 must increase by 32.5 per cent.

Increasing efficiency is one of the main decarbonization instruments, and new proposals for greenhouse gas emissions will fall to the levels set by the Paris Accords Treaty of 2015. The directives set the target of annual energy savings of 0.8 per cent for the period 2021-2030. The energy companies of the EU member states will have to introduce a new energy management system, which will stimulate the reconstruction of facilities, and make it easier for citizens to renovate homes and reduce heating and energy prices. One of the obligations of the EU Member States is to use energy efficiency measures to help those affected by energy poverty.

Not very good news for the traditional energy companies, as they will have to rethink their working strategies, but also their revenues. Analysts from the Swiss investment bank UBS believe that by 2030 the world will experience an enormous change and that the carbon footprint of mankind will be significantly reduced, especially when it comes to households. They expect the next decade of traditional energy to experience a huge drop. By 2030, „the energy from the renewable sources will be almost free,” they forecast in their research published in the Financial Times. An exceptionally low price of energy would result from a shift from fossil fuels and a lower level of harmful gases’ emission into the atmosphere.

The conclusion of the research is excellent news for the earth, and probably for the economy as well. With the growing popularity of alternative energy sources among consumers and, more importantly, distributors, and their declining prices, it makes no sense to divert energy production in this direction — especially when the alternative are „green” sources that are environmentally safe and basically free. A dozen of the largest utility companies have already announced changes in their business — from coal and natural gas to renewable energy.

At the beginning of November 2018, Croatia, the youngest member of the EU, presented the groundwork for the national energy strategy by 2030, the so-called ” The Green Book”, with guidelines for the period up to the middle of the century. Opinions about the strategy are divided, especially when it comes to the fate of fossil fuels, i.e. oil&gas, while coal is already at the bottom line. It is clear that Croatia has decided to decarbonize its energy. The country has already exceeded the previous European target of 20 per cent share of the renewable energy sources by 2020, thanks to a large share of hydropower and abundance of biomass. The goals in the Green Book, when dealing with new technologies, are set relatively conservative. The scenario of the energy transition of Croatia predicts the growth of new solar and wind energy, which will be achieved in a few years, bearing in mind already realized preconditions. Domestic potentials for the exploitation of the solar energy, primarily for the hot water in the coastline province of Dalmatia, are enormous. Technology has made enough money to make the investment pay off quickly, so there is nothing reaching the top levels in Europe.

But, the Green Book is not ambitious in the development of prosumers. This is due to the fact that Croatia has a well-built gas network, and the LNG terminal on the island of Krk is planned. The critics also stress that no economic and financial calculations have been made, analysis of strong and weak points for two transition scenarios, and no future synergies with economic development in the segment of electromagnetics, energy efficiency and renewable energy, where Croatia has a chance for economic progress.

Each strategy must have a development component, and there is no such topic in the Green Book. Also, no less important, there isn’t an analysis of the impact of the planned investments on the ultimate cost of energy. 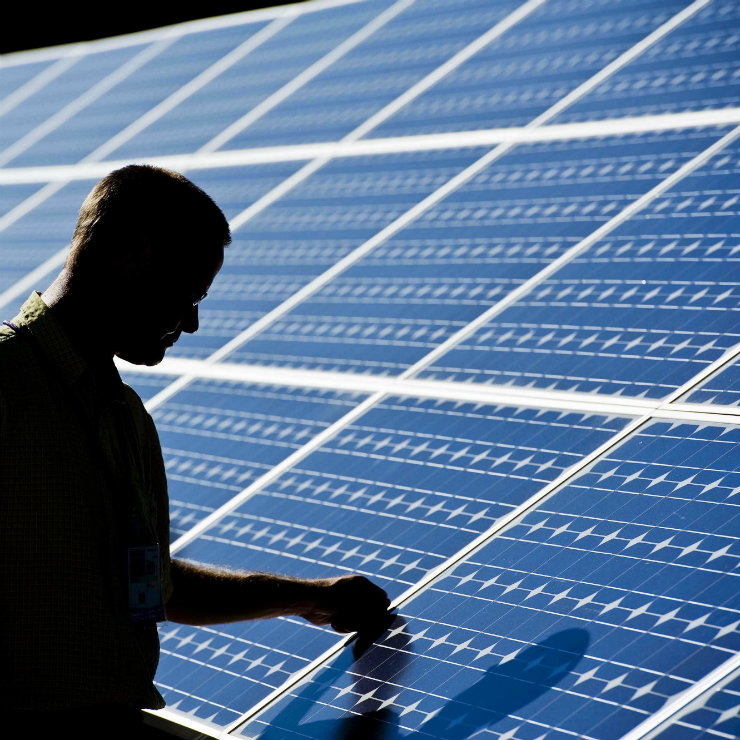