06.01.2020
In December 2019, Slovakia posted lowest GDP growth increase since 2013. The central European country has been affected by decreasing foreign demand. With the global slowdown of the automotive sector, experts warn of overreliance on car-production in Slovakia. 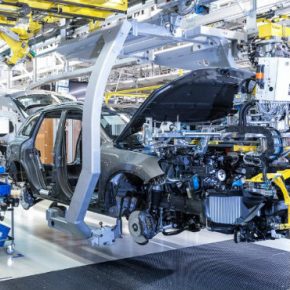 The Slovak GDP growth has been dwindling down throughout the whole year. With the Q1’19 recording still a relatively high growth of 3.8 per cent y/y, followed by a slowdown to 2.2 per cent the Q2. “The total GDP volume at current prices amounted to EUR24.561m and it rose by 3.4 per cent,” the statement says.

The Slovak Statistical office further notes that GDP growth in the Q3’19 was positively affected mainly by the growing domestic demand, going up by 4.3 per cent due to the creation of gross capital with a growth of 9.6 per cent. Furthermore, final consumption of Slovak households increased by 1.8 per cent, consumption of non-profit entities serving households by 10.5 per cent and public administration by 3.7 per cent.

The key factor responsible for the falling of the GDP growth in the country is the weakening of foreign demand, economists say. “Slovak economy decelerated significantly for the second time this year, and it seems that the economic slowdown in the Eurozone, particularly in Germany, has been affecting it strongly,” VUB Banka analyst Michal Lehuta told the Slovak News Agency.

According to Slovenska Sporitelna analyst, Katarina Muchova, Slovakia’s weaker economic performance this quarter has been caused primarily by foreign-demand factors, mainly lower net exports to both EU and non-EU countries.

Slovakia’s foreign trade results remained behind expectations in the Q3’19, data from Slovak Statistical Office show. Although the country’s foreign trade was in surplus of EUR1.054m in the period from January to October 2019, it fell in comparison to the previous year by nearly EUR400m.

In the Q3’19, the trade balance was even negative, amounting to -EUR249m, compared to EUR261m the preceding quarter. “The weakness of the German industry was reflected in the Slovak industry, which is considerably linked to Germany and the EU,” Ms. Muchova wrote in a memo.

Given the recent slowdown in Germany, combined with a looming global crisis of automakers, it is no wonder that policy-makers in Bratislava show signs of increasing worry about the country’s overreliance on automotive industry.

According to the Wall Street Journal, there is currently no country in the world that makes more personal vehicles relative to the size of its population than Slovakia. According to the WSJ figures, Slovakia produced 200 cars per 1,000 inhabitants last year. No country in the world gets even close to that figure, with Czech Republic as the second and making 127 cars, followed by Germany (62), Hungary (44) and the United States (35).

In 2015, the Slovak automotive industry was responsible for 13.1 per cent of the country’s GDP and 27.9 per cent of exports. Again, more than any other country in the world.

Slovakia, similar to other countries in the region, such as the Czech Republic and Hungary, profited greatly from its focus on car industry since the fall of the Berlin Wall, seeing a fourfold increase in the number of vehicles produced, according to WSJ. However, after the introduction of stricter emission tests combined with a broader slowdown in the global economy in 2018, it became obvious that the future of car-making is not as bright as a decade ago. This leaves countries like Slovakia exposed to serious vulnerabilities.

According to the International Monetary Fund, automotive sector represented 20 per cent of GDP slowdown and about 30 per cent of the year’s drop in global trade. In its latest report “Global Manufacturing Downturn, Rising Trade Barriers”, the IMF forecasts global economic growth at 3 per cent, the lowest since 2008-2009. “A projected slowdown in China and the United States, and prominent downside risks, a much more subdued pace of global activity could well materialize,” the report says.

In its report, the IMF examined the impact of automotive manufacturing plant closures on the regional labor markets in six advanced countries (Australia, Canada, Germany, Italy, the United Kingdom, and the United States). “The analysis suggests that regions that experienced car factory closures typically had bigger increases in unemployment rates after the closures than comparator regions in the same countries, with the divergence being statistically significant,” the report says.

The results show that the analyzed countries that experienced car factory closures saw an increase in unemployment rates for about three years after the closures. There is a shock to the country’s economy associated with the closures that is also “magnified by local spillover effects to other sectors.”

The IMF report further states that an out-migration from the affected countries is the most likely remedy for the mass factory closures. “Out-migration is expected to be a key adjustment mechanism after automotive factory closures, if other local employment options are insufficient,” the IMF writes.

However, this option seems unlikely for countries with over 10 per cent of GDP generated by the automotive sector, such as Slovakia. Not all workers can simply leave the country and look for jobs abroad. A gradual transition to an economic model based on services and higher-end finished goods is a more likely direction. 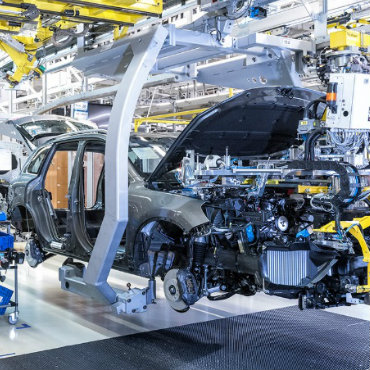