The economic aspects of Putin’s visit to Budapest

12.04.2017
The idea of Central European integration against Russian influence is a utopia. Hungary has excellent relations with Russia, and Poland would not have the support of this regional partner in Polish quarrels with Russia. 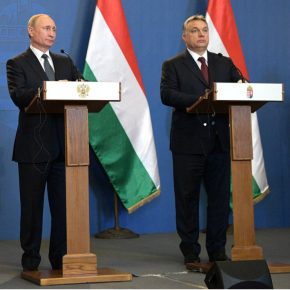 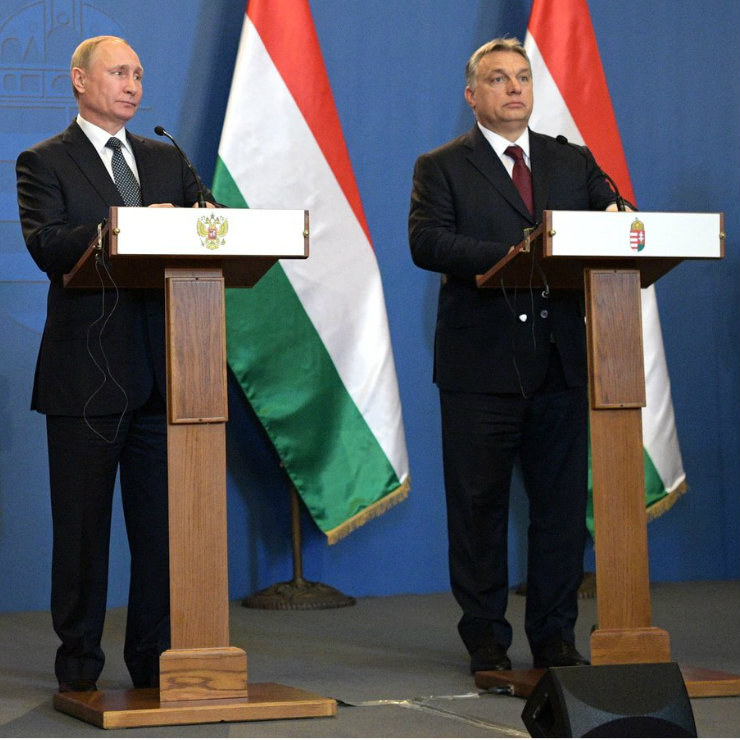 The recent trip to Budapest of the President of Russia Vladimir Putin was one of the series of visits to Hungary’s capital in the last few years. Russian-Hungarian relations seem to be in excellent shape, which is the result of both political and economic factors.

The key issue for Budapest is Russian gas supplies. Mainly due to the fat that the government continues to enjoy relatively high public support, among other things, thanks to reductions in the costs of municipal utilities. Therefore, the supply of gas was the most important issue during the talks with Vladimir Putin, who made a brief visit to Budapest on February. Dependence on supplies from Gazprom is not seen as a problem by Hungarians, and therefore they are consistently supporting the construction of new gas pipelines from Russia. Both parties are increasingly concerned about the transfer of gas through Ukraine. That is why the Hungarians are showing interest in the Nord Stream 2 gas pipeline, and the Turkish Stream, currently under construction. Budapest is also seeking the long-planned South Stream, which is supposed to go through the Balkans and Hungary.

Orbán informed that the two countries were conducting talks on the transport of Russian gas to Hungary after 2021. This is the year of expiration of the current contract, which was extended in 2015. He also declared Hungary’s willingness to participate in the Turkish Stream, which he considers to be a better option than projects of gas supplies from the north. President Putin, in turn, assured that Russian gas will be delivered to Hungary and that the country plays an important role in the context of Russia’s supplies to Western Europe.

Putin also expressed interest in returning to the South Stream project, although no concrete statements were made. From the Russian perspective, it does not seem particularly important, however, because the two lines of Nord Stream and the Turkish Stream gas pipeline are supposed to ensure uninterrupted supplies of Russian gas to Western Europe bypassing Ukraine. The estimated cost of the South Stream pipeline would be at least EUR23bn, while the Turkish Stream, which is already under construction, is expected to cost less than EUR14bn. The construction of another gas pipeline could constitute an unnecessary burden for Gazprom. Putin’s words could therefore be seen as nothing more than a courtesy towards Budapest.

The development of a nuclear power plant in Paks, with the participation of Russian Rosatom, is another issue extremely important for Orbán. An agreement on this matter was concluded in 2014. Two energy blocks are to be expanded at the cost of EUR12bn. Russia is supposed to grant a loan covering 80 per cent of this amount, which is to be repaid in 2047.

Following the finalization of the investment (2026) the Paks power plant is supposed to meet most of the country’s energy demand, and it is additionally planned that several thousand new jobs will be created. The European Commission has finally approved the construction and concluded that “Hungary’s financial support involves state aid. EC has approved this support under EU state aid rules on the basis of commitments made by Hungary to limit distortions of competition.”

Budapest on sanctions against Russia

Hungary is expecting the lifting of the European Union’s sanctions against Russia. According to Orbán, since their introduction his country has lost USD6.5bn. The Hungarian Prime Minister has repeatedly expressed his hopes for a rapprochement between the European Union and Russia. However, according to Andrzej Sadecki from the Centre for Eastern Studies, this amount is significantly overestimated, and additionally recent years have brought a significant increase in Hungarian exports. Approx. 80 per cent of the recipients are entities from EU countries.

The Hungarian government is avoiding any judgments regarding the conflict in Ukraine and is issuing diplomatic declarations on the need for stabilization of that country, the introduction of the so-called Minsk agreements, etc. So far, the Hungarians have followed the EU’s decisions regarding Russia, although they have done so reluctantly. Because of EU subsidies they will have to continue to comply with these decisions. It is worth noting that the demands of stronger ties with Moscow are being put forth not only by the ruling Fidesz, but also by the second most popular party in Hungary – the nationalist Jobbik.

Viktor Orbán is pronouncing the words “national interest” (in Hungarian: nemzeti érdek) in all of the dozens of grammatical cases used in the Hungarian language (the linguists still haven’t agreed on their exact number). Orbán does not intend to save Europe or to liberate anyone from the “Russian yoke”, the only thing that matters are solely Hungarian interests (as well as the interests of the Prime Minister’s political milieu). Budapest rejects the illusion that the European Union could guarantee Hungary’s security, including its energy security. The idea of “opening up to the East” is starting to become a reality in that country.

After all, Hungary is not the only country that has no interest in pursuing confrontational policies towards Moscow. The Czechs and Slovaks would prefer to reach an agreement with Russia as well, and do not intend to do anything to harm it. Because of this, the idea of Central European political integration (or the so-called Intermarium), which would be led by Warsaw, and which is supposed to constitute a barrier against Russian influence in Europe, seems unrealistic.