It is an international standard that each state participates in the financing and implementation of capital-intensive projects such as a construction of a nuclear power plant. This may be done in various ways.

The Polish government is considering the construction of a nuclear power plant. In January 2014 the government adopted the Polish nuclear power program, which provides for the construction of two nuclear power plants with a total capacity of 6,000MW. For now the program is being implemented in accordance with the strategy of the Polish Energy Group (PGE), updated in September 2016, in which the nuclear energy is included as one of the strategic options. PGE has established a special purpose vehicle named PGE EJ 1 for the implementation of the program.

“The scope of the program has been updated and now PGE EJ 1 is focusing on the location and environmental studies until the preparation of the environmental impact assessment report and a location report, which has been included in the current schedule of activities of PGE EJ 1,” explained Agnieszka Sobucka, from the office of the Management Board of PGE EJ 1.

“The decisions on the further implementation of the nuclear energy program, including the form of selection of the technologies and the method of financing, will be dependent on the new form of financing of the project developed by the Ministry of Energy,” she added.

What could be the cost of construction of a Polish nuclear power plant? This is very difficult to estimate. The presentation prepared by the Parliamentary Nuclear Power Industry Committee, states that, “Nuclear power plants are investments with specific characteristics – each plant is implemented in a different environment of market conditions, regulatory and political conditions, technical culture, and participation of the domestic industry. The technical design of each nuclear power plant is different from other power plants of the same type built in other countries (e.g. AP1000 USA vs AP1000 China, EPR Finland vs EPR France vs EPR China). The location and the size of the order (number of power blocks) also have a significant impact on the costs.”

“It is difficult to estimate the cost of building a nuclear power plant without knowing the location and the conditions and all the other elements that determine the investment risk. The higher the risk, the higher the potential costs of the investment compared to the reference price. Nuclear power plants are the most expensive type of energy investment because they also have to include the social costs and the later the cost of appropriate decommissioning of old plants and the cost of the long-term storage of the used fuel and radioactive waste,” confirms Ziemowit Iwański, the owner of the company Power System, and a former Executive Director at GE Hitachi Nuclear Energy.

According to OECD data, the investment expenditure on such facilities ranges from EUR1.5m per one megawatt (MW), as in the case of a power plant in South Korea, to EUR4.7-5m (in the case of Finland), and even EUR5.5m per MW (in the case of the British Hinkley Point plant).

“The costs of building a nuclear power plant in England should probably serve as the reference point for Poland,” indicates Iwański.

In theory, if the first Polish nuclear power plant was to have an installed capacity of approximately 3000 MW, the costs of its construction should range from a minimum of EUR4.5bn to as much as EUR16.5bn. Realistically speaking, it would be closer to the second figure.

The cost of construction of a Polish nuclear power plant could even exceed EUR16.5bn. The construction of such plants usually takes about 10 years, and delays in the implementation of projects and significant budget overruns are a common occurrence. This is happening right now in the case of projects such as Olkiluoto 3 (Finland) and Flamanville (France). In the middle of November 2017 the commissioning of Olkiluoto 3 reactor, which already has a delay of 8 years, was postponed once again, this time until May 2019. The construction budget of this facility has already been exceeded by over 60 per cent. Meanwhile, the power block in Flamanville has a 5-year delay and the cost of its construction has increased almost threefold, to EUR8.5bn.

“Delays in the construction of nuclear power plants are often the result of underestimation of the investment costs and the necessity of acquiring new funds for the completion of the investment. The example of Finland is very interesting. The Finns selected a very technologically advanced project. They underestimated its cost and now they are having difficulties in the implementation of the technically complex construction of the reactor building,” explains Ziemowit Iwański.

The state has to be present

In order to build a Polish nuclear plant we therefore need financing for an amount of at least EUR12-17bn. Ziemowit Iwański points out that investment outlays for the construction of such objects are so large that everywhere across the world their financing through loans is based on state guarantees – in the case of state-owned companies or companies selling energy to state-owned enterprises. Another option are the long-term state guarantees of purchases of electricity at a price agreed with the private investor (so-called contracts for difference). Therefore a nuclear power plant is either financed by the state or by private capital, with state guarantees. “Public-private partnership is usually not an option in investments of this scale,” notes Iwański.

At the beginning of October there were signals in the press that the Ministry of Energy will choose among five variants of financing, out of which three are most likely:

The Rzeczpospolita newspaper claims that it is very likely that a so-called offset agreement will be signed in the framework of financing the Polish nuclear power plant. Interestingly, the newspaper did not mention whether the government was considering the application of so-called contracts for difference. The information presented in the newspaper was confirmed in mid-November 2017 by Józef Sobolewski, the Director of the Department of Nuclear Energy at the Ministry of Energy.

“For the time being the Ministry of Energy has developed financial models which the government will be able to choose from. In these models we assume mainly the participation of domestic capital, but without the participation of the state budget,” said Sobolewski during a Polish-Japanese seminar dedicated to nuclear energy, which took place in Warsaw.

According to Iwański, the Polish investment should be supported by state guarantees provided to a state investor, and the investor should be a consortium of Polish electricity producers.

“Only then will we be able to ensure the security of financing for this type of investment,” believes Iwański and adds that offset is the least favorable option. “Firstly, offset is difficult to fully enforce. I would like to recall the issue of offset on the F16 fighter jets. While it makes sense to select a foreign technology supplier with the aim of establishing strategic cooperation in the implementation of this project, it is difficult to implement,” says the former expert of GE Hitachi Nuclear Energy.

However, according to Iwański, in the current conditions there is no good recipe for the financing and implementation of the construction of nuclear power plants in Poland. “This is due to the poor preparation of the investment itself as well as its technical and intellectual supporting structures,” believes the expert.

How is the construction of nuclear power plants financed around the world? Here are some examples.

The Mankala model (unique Finnish ownership model that has been used since the 1960s) – this model will be used for the construction of the Hanhikivi I – a power plant with a capacity of 1,200 MW built in Pyhäjoki in Northern Finland. The investment is implemented by a consortium of energy and industrial companies, as well as municipalities. The consortium is supposed to operate on a non-profit basis (its members will purchase electricity at the cost of its production). The consortium has a 66 per cent stake in the project, the remaining part is held by the Russian State Atomic Energy Corporation Rosatom, which is supposed to acquire financing (probably by issuing bonds).

Perhaps in the case of Poland the construction of a nuclear power plant is not economically viable at all? We have to keep in mind, that the relatively low electricity prices and low prices of  carbon dioxide (CO2) emissions permits mean that investments in nuclear blocks carry a high risk.

Ziemowit Iwański claims that the government should think again before making the final decision. “At the moment it’s hard to justify the construction of such facility in a country which has coal resources, easy access to natural gas and the ability to utilize wind energy. Especially since the additional capacity of several gigawatts of energy from such a power plant will only account for around a dozen per cent in the entire electricity sector,” Iwański points out.

A very interesting analysis of the viability of the construction of a nuclear power plant in Poland was conducted by Prof. Krzysztof Badyda from Warsaw University of Technology and Michał Kuźniewski from the Lesław Paga Foundation. They analyzed three variants: for a discount rate of 5 per cent (non-liberalized market where the producer has a monopoly), for a discount rate of 10 per cent (liberalized energy markets) and for a discount rate of 10 per cent with the support of a Contract for Difference.  The results were published in November 2015 in the journal “Energetyka”. In the conclusion of the study the authors wrote: “The construction of a nuclear power plant in the conditions of the sale of energy at the expected price on the exchange has no economic justification. The project will certainly require government support, which will probably take a form similar to the British mechanism of Contracts for Difference. The profitability of the project may also be positively affected by the introduction of a power capacity market and a large increase in the prices of CO2 emissions permits, as a result of the activities of the European Commission.”

The only problem is that – as noted by Ziemowit Iwański – for the time being we haven’t seen dynamic increases in the fees for CO2 emissions permits. “Of course there is a problem with meeting the obligations concerning the limitation of CO2 emissions, but there are probably cheaper ways to cope with that than the construction of a nuclear power plant,” emphasizes Iwański.

Category: Business 15.11.2019
Slovenian government is planning to build a second unit of the Krško nuclear power plant. The jointly owned by Slovenia and Croatia Krško NPP was built by the US Westinghouse and began operating in 1981. 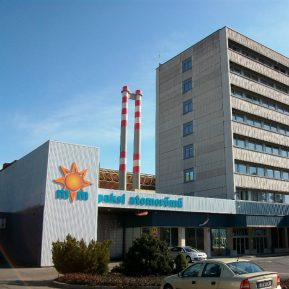 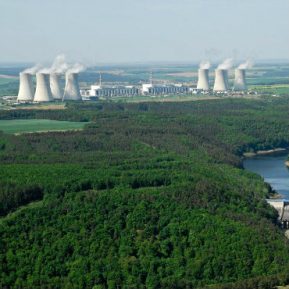