26.07.2013
A quarter century ago, all the nations of central Europe were satellites of the Soviet Union. After decades of economic reforms and deep political changes the countries of the region are satellites again – this time of Germany.

While the first relationship was dominated by force, and the mandatory economic cooperation with the USSR distorted the economies of central Europe, the CEE’s ties with Germany are overwhelmingly economic.

Germany’s importance can be seen in how quickly to countries of the region react to any slump in German demand. A German recession in 2009 drove the small and open economies of the region like the Czech Republic, Slovakia and Hungary into steep recessions. Only Poland, with its large and relatively buoyant domestic market, avoided a contraction.

A German revival in 2010-11 drove  region forward, while a renewed German slump in 2012 which continued into this year, again pulled down the CEE, this time also affecting Poland as consumers shut their wallets, depriving the economy of a crucial source of growth.

“If something happens in January in Germany, in July it is in Slovakia – that is the reality in my country,” Robert Fico, the Slovak prime minister, said in a recent interview. “The German economy is of vital importance for us.”

The relationship between the CEE and Germany is obviously very different from the one that existed between the region and Moscow for more than four decades after the war. There are no German tanks in place in Poland the Czech Republic, and Germany has no intention of invading anyone. But the economic dependence is there – and it is becoming mutual, comparable in some ways to the complex ties between the United States and Mexico, its low-wage and faster growing neighbour to the south.

As with the United States, which gets a competitive boost by cheap supplies from Mexico, Germany’s export success is tied to its links with central Europe.

Germany’s Volkswagen has pumped more than €2bn into its massive car factory on the outskirts of Bratislava, where salaries are still only about a quarter of the level in Germany despite Slovakia having joined the euro in 2009.

Vladimir Machalik, a spokesman for Volkswagen Slovakia, says that the euro was a “key factor” in encouraging VW to invest in Slovakia because it eliminated currency risk.

The VW investment in Slovakia drew a host of smaller German companies in its wake, the crucial component suppliers, tying Slovakia even more tightly into the German economy.

The same process can be seen around the region.

One of the main reasons that Hungary exited a recession this year is because of a leap in exports due to the opening of new Mercedes and Audi car factories.

A spokesman for Mercedes-Benz says that the Hungarian workers at the new Daimler factory in Kecskemet cost about a third of what their counterparts in Germany do.

Those close ties also mean that CEE countries are quick to feel the impact of a softening in German demand. The Czech Republic, which is in its longest recession as an independent nation, saw merchandise exports fall to $131bn in 2012 and 2013 from $139bn in 2011 – in large part because of Germany’s problems.

That is prompting successful exporters like Skoda, also owned by Volkswagen, to hunt for other markets. Skoda is now growing quickly in Russia, China and India, but Germany still remains a key market.

Poland is also feeling the chill winds blowing in from Germany.

“Exports do not seem to be as firm a growth driver as we had hoped for,” finds HSBC.

But any signs of a revival in Germany, quickly translates into an improvement in the CEE. The latest Purchasing Manager Index data, which gives a quick snapshot of manufacturing sentiment, showed an improvement across the region.

European manufacturing last month,” finds William Jackson, emerging markets economist with Capital Economics. “The new export orders components of both the Czech and Polish PMIs rose to their highest levels for over a year. This mirrors the rise in the euro-zone’s manufacturing PMI,” adding that survey data showed “an improvement in the German economy last month.”

Germany’s investment flows across the region are enormous.

German companies have invested about €23bn each into Poland and the Czech Republic, €16bn in Hungary and €9bn in Slovakia.

Taken together, the nations of central Europe are a more important trading partner for Germany than France, while Poland alone is of greater significance to Germany than Russia.

The economic flows are starting to reverse as companies from the CEE like Poland’s Comarch open offices and production facilities in Germany. Foreign direct investment from Poland to Germany rose from €200m in 2007 to €478m three years later, according to Germany’s Bundesbank. Czech investment jumped from €134m to €413m in the same period.

The dense network of economic ties is having an impact on politics. Germany is the most important foreign relationship for every country in the region. The starkest transformation has been in Poland. Under the 2005-2007 Law and Justice party government, Poland tried to make the Unites States its key foreign partner, but quickly saw that Berlin, not Washington is where Poland’s interests lie.

That was underlined in Radoslaw Sikorski’s 2011 Berlin speech, where he called for German leadership in extracting the EU from its ongoing crisis.

“We appreciate the strong and generous support – the solidarity – which Germany has extended to us over the last two decades,” he said, and continued, “I will probably be first Polish foreign minister in history to say so, but here it is: I fear German power less than I am beginning to fear German inactivity. You have become Europe’s indispensable nation.“

Category: Macroeconomics 18.10.2019
Germany sank into a technical recession in the Q2’19, its GDP fell 0.1 per cent. It worries most of the Western Balkan countries, as they depend on German economy. 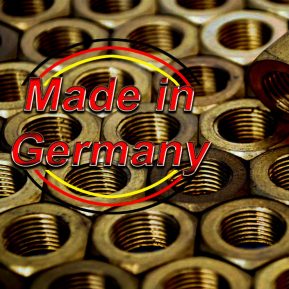 Category: Business 06.08.2020
Europe’s automotive industry has experienced a severe downturn since the onset of the COVID-19 epidemic. From a short-term perspective, the key to recovery in Germany and CEE will be the pickup in sales in the largest markets, the US, China and Germany itself. 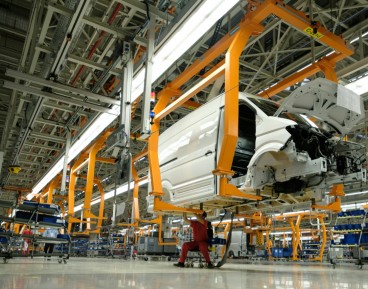