05.02.2019
2019 budget is supposed to ensure the growth of Ukrainian economy, but economists are presenting conflicting opinions and raise several doubts. 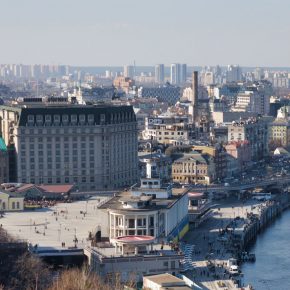 „This is a balanced budget that will enable our country to grow. The only cause of concern is debt. It is an enormous challenge. Together with our foreign partners, we are looking for a painless solution,” argued Ukrainian Prime Minister Volodymyr Groysman during the presentation of 2019 budget to the members of the parliament.

Kiev expects that in 2019 economic growth will amount to 3 per cent (the Ministry of Economic Development and Trade and the Ukrainian central bank predict a slightly higher rate of 3.2 per cent) while the inflation rate will reach 7.4 per cent annually, compared to 10 per cent in 2018.

The International Monetary Fund (IMF) is more skeptical about Ukraine’s prospects — in November it lowered the GDP growth forecast for next year from 3.3 per cent to 2.7 per cent. According to the World Bank (WB), the Ukrainian economy may grow at a rate of 3.5 per cent — assessed Faruk Khan from the World Bank’s office in Ukraine, Belarus and Moldova.

The government assumes that in 2019 the national debt will decrease from the level of 60 per cent of the GDP to 52 per cent. This will not result from economic growth, however. The debt will be reduced due to the fact that the scheduled repayment of huge amounts of loans taken out by Ukraine in recent years — for a total of USD15bn — occurs in 2019. The amounts of debt repayments will peak in the Q1’19, when the government will have to pay back UAH112.5bn, out of which UAH59bn will go to the repayment of internal debt, and UAH53.5bn will go to foreign creditors.

The new budget provides a 12 per cent increase of the minimum wage, which is to amount to UAH4,173 next year, i.e. less than USD150. Pensions are also supposed to increase starting from March 1st, right before the presidential elections. At the same time expenditures on subsidies mitigating the effects of high natural gas prices have been cut by 20 per cent (UAH16bn). The subsidy reduction combined with the increase in gas prices by almost a ¼, starting from November 1st of this year, could lead to increased social tensions.

Expenditures on education will increase by 13 per cent and healthcare spending will be 10 per cent higher than now. The deficit in the national pension fund is becoming an increasing burden on Ukraine’s budget — in 2019 the government will have to allocate UAH166bn for filling this gap, i.e. 20 per cent more than in 2018.

„It is understandable that when it comes to the 2019 budget, the government will do its best to look good in the eyes of the voters. That is why they are raising the minimum wage again. At the same time, the authorities have to satisfy the IMF’s requirement to increase the price of natural gas for individual consumers. The authorities are caught between a rock and a hard place, and they will try to maneuver in order to satisfy both the electorate and the IMF,” comments the chairman of the Committee of Economists of Ukraine Andriy Novak. At the same time, the Ukrainian economist points out a significant detail: „authorities assume GDP growth of 3 per cent, and in 2018 the Ukrainian economy was growing at a rate of 3.5 per cent. The slowdown in the rate of GDP growth means that the economic situation will deteriorate,” argues Mr. Novak.

In October 2018, the Accounting Chamber of Ukraine, which exercises financial control over the activities of state, published its assessment of the budget assumptions submitted by the government. The assessment wasn’t very good and put into question the possibility of implementing many of the government’s declared goals. „Over 40 per cent of the budget revenues will have to be spent on the repayment and servicing of debt. This reduces our ability to raise pensions, wages and to fund social expenditures, as well as expenditures on road construction, new schools, clinics, kindergartens and infrastructure development in general,” assessed the chairman of the Accounting Chamber Valeriy Patskan.

The deficit and its sources

According to the estimates of the Accounting Chamber, there is a huge deficit of UAH93bn in the budget that is not taken into account by the government. One of its sources is the fact, that the actual UAH exchange rate against the USD does not match the rate assumed by the government. Although, from the point of view of the average Ukrainian citizen the devaluation of the national currency has been enormous, it is still significantly lower than planned — in the budget for 2018 an average annual exchange rate of UAH29.3/USD1 was planned, while in reality the average exchange rate for the H1’18 was just UAH27/USD1. This translates into reduced budget revenues expressed in the UAH, which in turn produces the budget deficit. According to the Accounting Chamber the situation will be similar in the next year.

Another reason for the reduced budget revenues are the falling revenues from excise tax on tobacco products. The subsequent increases in the excise tax rate have led to a decline in legal production and consequently a drop in the tax revenues from sale of tobacco. In 2018, these revenues were 17 per cent lower than what were planned in the budget. According to the Accounting Chamber, this situation will continue in 2019.

“On the other hand, the government has not provided for any possible additional sources of budget revenues,” argues Valeriy Patskan. He points out that it would be possible to increase the assumed revenues from CIT and excise taxes on imported goods, for a total amount of UAH17.6bn. According to the Accounting Chamber these funds would be best spent on a reduction of the budget deficit. Moreover, the Accounting Chamber believes that in a situation where the government is radically raising the price of natural gas, it will be difficult to maintain the inflation level planned in the budget.

Ukrainian MP Roman Semenukha, from the Polish-Ukrainian Parliamentary Group, points to another threat. „There is great doubt as to whether the revenues part of the 2019 budget is properly calculated and realistic. For example, the authors of the budget assumed that privatization revenues would amount to UAH17bn, which is not justified in any way. This is an unrealistic amount, which has not been reached in the previous years,” commented Mr. Semenukha.

The Ukrainian Ministry of Finance argues that the calculations are correct. „We want to assure that the budget for 2019 provides for a sufficient amount of funding for salaries and pensions,” claimed the Ministry in its official statement issued in response to the objections submitted by the Accounting Chamber.

Bohdan Danylyshyn, the Head of the Council of the National Bank of Ukraine, is also optimistic about Ukraine’s prospects. „The forecasts for the development of the macroeconomic situation in Ukraine in 2019 are optimistic. According to our estimates, GDP will grow by 3.2 per cent,” he said. At the same time Mr. Danylyshyn warned about the threats to Ukraine’s economic growth and, consequently, to the budget. The biggest of these threats is the possible deterioration of the situation in the global economy resulting from an intensifying trade war between the most powerful countries in the world. In his opinion these developments could result in reduced demand for the exports of Ukrainian goods. 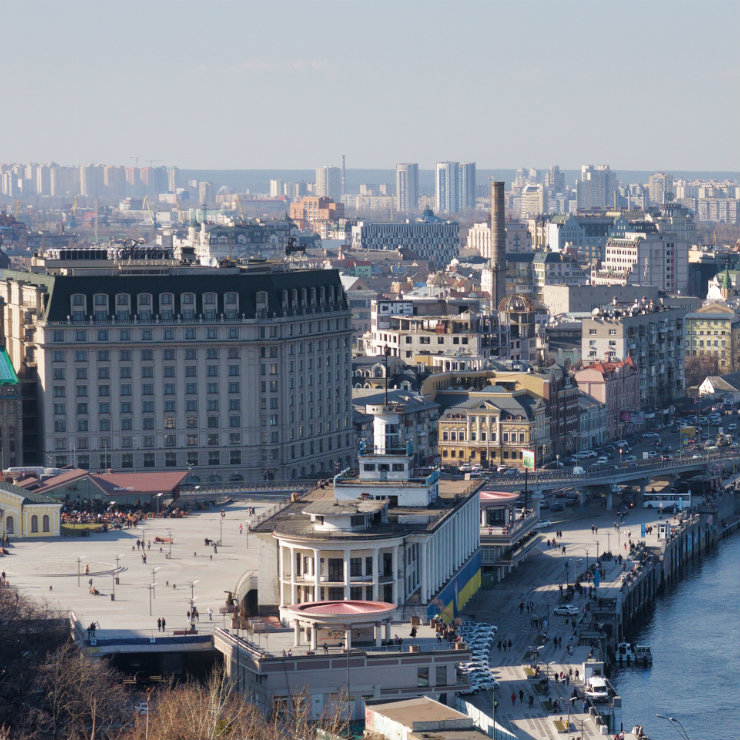