10.03.2020
The most recent Corruption Perception Index of Transparency International shows some disquieting facts concerning the Southeast Europe. Doing business there requires a different perspective on corruption and nepotism, which, though widespread, is cultural rather than criminal. 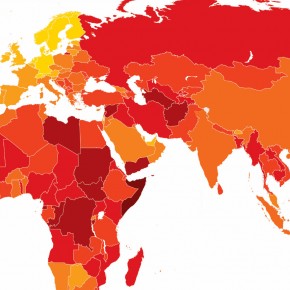 The Corruption Perception Index (CPI) has been created in order to highlight how corrupt public administration is seen in particular countries by businessmen. “Their perception may not be a fair reflection on the state of affairs, but they are a reality. It is this reality that the index seeks to assess”. The recently published CPI ranks 180 countries on a scale from 100 (not corrupted) to 0 (highly corrupted).

According to the data, the level of corruption in the Balkans is high and increasing. Between 2016 and 2019 the situation worsened in all of the countries except for Kosovo and Montenegro, where the level has remain the same, and for Bulgaria, where the situation actually improved. The last example can only be partially recognized as a success — the score “jumped” from 41 to 43 points, leaving Bulgaria behind the EU member states. 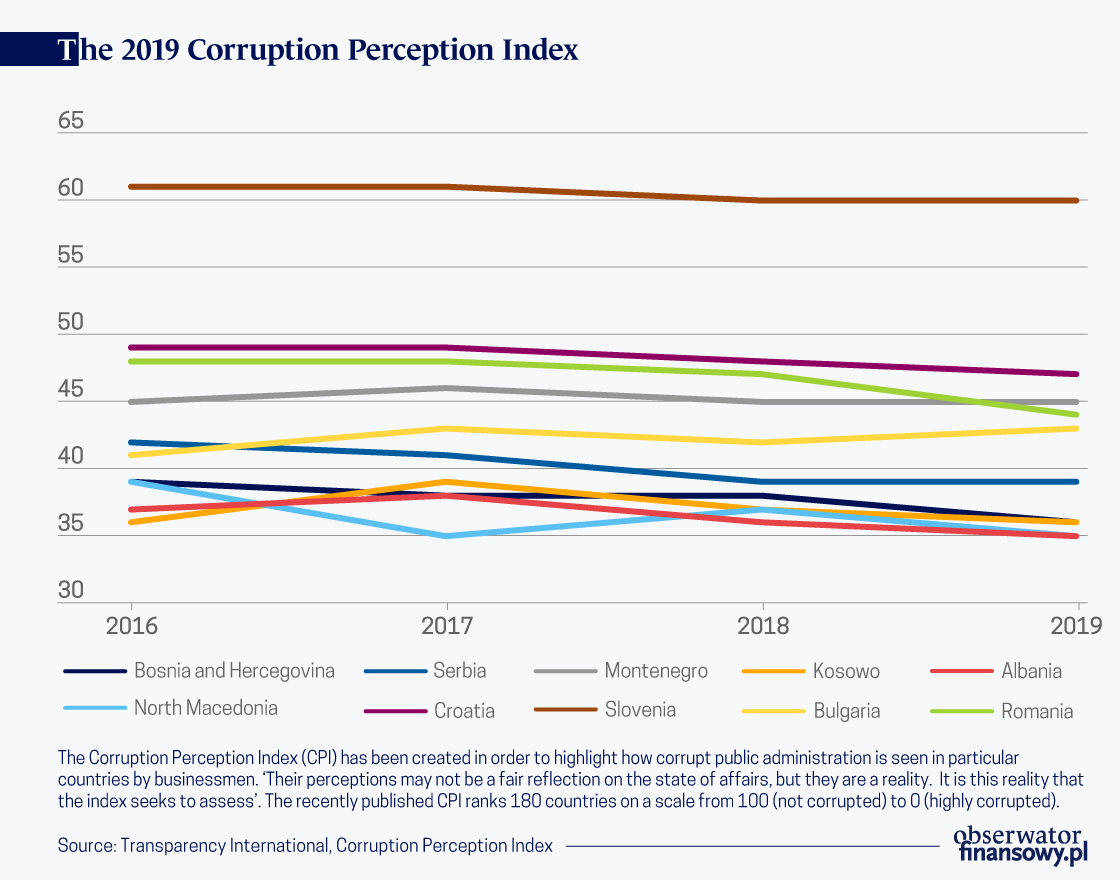 The worrying fact is that the countries in question score fewer points, even if level of corruption is almost everywhere very high. Except for Slovenia, none of the Southeast European countries received more than 50 points. Croatia scored the highest in 2016 and 2017 (49 points), while in 2019 the number was again 47. While Croatia, Bulgaria, Romania and Montenegro scores well above 40 points the five remaining Western Balkan states are noted well below that number.

Bosnia and Herzegovina, North Macedonia, Kosovo and Albania have received only 35-36 points and the trend is rather pessimistic. In 2016, the situation was visibly better than it is today: North Macedonia and BiH had 39 points, Albania 37. Serbia had 42 points in 2016 and at the time the CPI was lower than in Bulgaria (41 points). Despite the EU’s tough conditions of reducing corruption and ensuring the institutions are free from political influence, many governments in the region are not truly convinced of democracy and the rule of law, says Transparency International.

In the Southeast Europe the business and public administration is very often perceived in a very different way than in the Western Europe, where the CPI originated from. The role of the state in development of economy or society often escapes the theoretical divisions between étatist interventionism and neo-liberalism. For the Southeast Europe the state and political elites are closely intertwined. In other words, the thin, red line between the public and the private is blunder and unclear. The latter is often subordinated to the former, and both are under control of the same group of influence, often focused around a single political party.

As a result, a significant problem for a businessmen is understanding hierarchical political party structures, reflected in public administration, and a high degree of centralization of power which often prevents autonomous decisions from local and regional institutions.

This is clearly visible in the Western Balkans, where “politization” of the administration is common and relatively deep. As a result, this often increases the intensity of corruption. Public administration is particularly extensive in BiH, but the quality of administrative services is very often low in other countries of the region too.

According to the SELDI network, between one quarter and a half of the population over 18 years old in the Western Balkans have been asked to give bribe or, actually have given bribe (data for 2019). In Serbia the figure was lowest — 27 per cent, while in Bosnia and Herzegovina highest — 55 per cent. The corruption pressure actually increased in four out of six WB countries. It has dropped insignificantly only in Albania and North Macedonia. The acceptance of corruption varies between 24 per cent in Serbia and 41 per cent in BiH and North Macedonia.

In Croatia, on the other hand, in 2016 the corruption pressure was experienced only by 12 per cent of surveyed people and in Bulgaria (data for 2019 again) by 10 per cent.

Jan Muś works as an analyst in the Balkan Department at the Institute of Central Europe in Lublin.