Could Poland’s expansionary monetary and fiscal policies hit the PLN?

13.04.2020
New expansionary monetary and fiscal policies have been introduced in Poland to deal with the crisis due to the COVID-19, but with limited fiscal space a key question is how much the currency may depreciate. 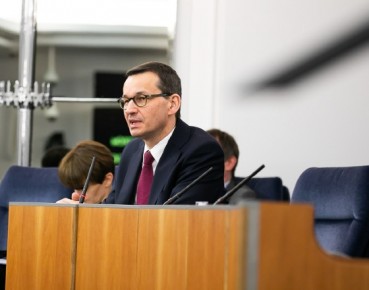 Since the COVID-19 outbreak the PLN has lost 6-7 per cent against the EUR, but has outperformed its peer Central and Southeast Europe currencies by 2 per cent, where Quantitative Easing (QE) does not exist.

Employers’ organization Lewiatan said that around two-thirds of firms plan to cut jobs during the next two months. A report by the Polish thinktank Cenea suggests that almost one-fifth of Poland’s households are at risk of losing their incomes.

During the debate in the Senate on March 30th, Poland’s Prime Minister Mateusz Morawiecki said that undertaking stronger fiscal and monetary policy measures could result in an undesirable weakening of the PLN and proposed a flexible approach to crisis management.

New social programs introduced in 2019 could help protect incomes during the pandemic, although some argue that the government overused the fiscal space at the top of the business cycle and is now constrained by a high deficit and borrowing needs. However, social programs like the extension of the child benefits program 500+ to the first child or introduction of the „13th month” pension do not necessarily target those who are in the biggest need during the pandemic.

In mid-March, the Poland’s Monetary Policy Council (MPC) gave the green light to the National Bank of Poland (NBP) to buy an unspecified amount of Polish government bonds on the secondary market, introduced a facility for commercial banks to refinance new loans to enterprises and households (similar to the ECB’s targeted longer-term refinancing operations). The NBP also cut the main reference rate by 50 bp to a record-low 1 per cent and narrowed the interest rate corridor by cutting the Lombard rate by 100 bp and keeping the deposit rate unchanged, and extended repo operations.

The MPC also decided to cut the reserve requirement ratio from 3.5 per cent to 0.5 per cent and remunerate the holdings at the reference rate instead of the depo rate. This change will be effective as of end-April and is to release around PLN40bn of liquidity, giving commercial banks the capacity to buy new bonds to cover higher borrowing needs. The MPC has also increased remuneration of holdings of the required reserve from the current 0.5 per cent to 1 per cent (the reference rate level instead of the depo rate). In addition, in order to improve banks’ liquidity, the Ministry of Finance lowered the systemic risk buffer.

Of the projected PLN154bn of net borrowing needs, around PLN40bn is expected to be covered by commercial banks, which should utilize the PLN40bn released when the mandatory reserve requirement ratio will be cut at the end of April. An additional PLN30bn may come from the commercial bank deposit base expansion. Assuming the Ministry of Finance will not rely on international markets or loans from international financial institutions to cover new net borrowing needs, the remaining PLN80bn (3.6 per cent of GDP) will need to be funded indirectly by the NBP. 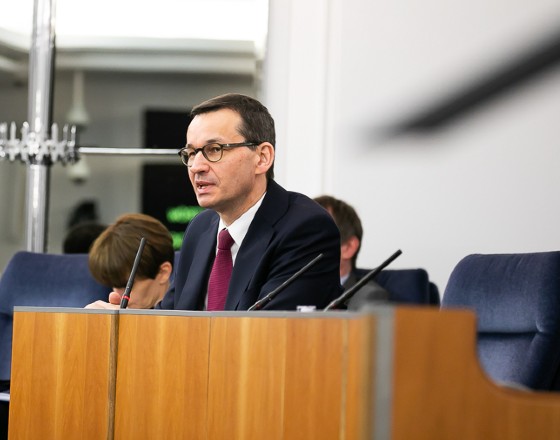