15.12.2018
Croatia is an important wine producer and it tries to perfect its wine products for decades. In 2017, wine production had revenues of HRK503.9m (EUR68.1m), but the total production is decreasing. 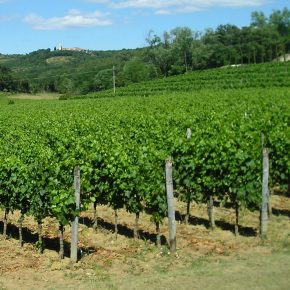 Continental white wines, such as Graševina and Chardonnay, Istrian sorts of Teran and Malvasia, and Dalmatian Babić and Plavac Mali (famously smuggled in California, where it was a basis for winery developments of Napa Valley) are strong basis for much larger offer and oenological discoveries.

In Croatia wine production is a sector, where the quality of products has been considerably improved. The trends of contemporary sales and marketing followed, but all this so far did not contribute to increasing wine production and its export. By joining the EU, Croatia has received significant funding for the wine sector within the first period of wine-growing envelope — the Wine Sector Program for years 2014-2018. The assistance amounted to EUR11.8m per year for the first three years, and EUR10.8m for the last two years. Croatian winemakers have been given the opportunity to increase wine sales with the help of this program. In the final year of implementing the National Program for Wine Sector results are not satisfactory. Despite the fact that Croatian wines have won world honors at the most prestigious world competitions, such as Decanter, which awarded 10 gold medals and 109 smaller medals to Croatian winemakers this year, all parameters of the volume of wine production in Croatia fall.

In 2017, 230 businesses were engaged in wine production, with 151 or 65.7 being profitable. 79 enterprises reported loss, according to the report of the Financial Agency (FINA). The wine industry employed 1,050 workers, 2.7 per cent more than in 2016. The observed group of entrepreneurs had total revenues of HRK503.9m, a 12.4 per cent decrease. Total expenditures, however, decreased by 12.2 per cent to HRK501.8m. The profits amounted HRK32.2m, a decrease of 0.3 per cent, while the loss amounted to HRK34.9m and was 4.1 per cent higher. This means that wineries, as shown by FINA, reported a negative consolidated financial result of HRK2.7m. FINA says that in spite of the 99.6 per cent increase in imports y/y, a positive trade balance of HRK20.7m was achieved in the wine production.

According to the data presented by the Ministry of Agriculture in the proposal of the Wine Act, wine production in Croatia has decreased since 2011. Two years ago, for example, 3.6 million liters of wine worth EUR10.5m were exported, and 30.9 million liters worth of EUR30.8m were imported. The proposed Wine Act should change this situation, but the winemakers are not convinced.

They claim the Ministry of Agriculture was writing the law without prior consultation with the producers. But they admit that the separation of Croatia in four wine regions is not a bad idea. The four new regions would be Slavonia and the Croatian Danube; Croatia Istria and Kvarner; Dalmatia and Hilly Croatia. It will be easier for wineries to brand their products. Also the communication with the Department of Viticulture and Winemaking can be better. Today, they are seen as an enemy in some wine regions, and thus winemakers proposed the formation of a state-independent body responsible for quality control and wine origin. Other winemakers have criticized the idea to decentralize the system, although the decentralized system would be fully enforceable. Among the winemakers there is a desire to establish an independent quality control body, but without the help of the state it will be difficult to achieve. In this respect, the state should be a partner in every region to make it happen.

The Ministry of Agriculture accepted the amendments to the National Program to help the wine sector with the so-called “wine envelopes”. This new measure for winemakers will finance consumer information on the quality of Croatian wines up to a maximum of EUR100,000 per project. Promotion activities include informing consumers in the European Union with regard to responsible wine consumption and the risks associated with it, as well as a system of protected designations of origin and protected geographical indications of the UE with regard to the particular quality, reputation or other characteristics of wine, due to a particular geographical environment or origin.

But can the proposed Wine Act initiate domestic production and export? Many see the key in the promotion. The essence of everything is the promotion of Croatia as a wine country and if there is enough desire it is certainly up to the trends to turn to the better.

The Ministry of Agriculture also drafted a proposal for the National Wine Sector Assistance Program for the period 2019-2023, which is now open for comments and suggestions, until April 3 2019. The new program, along with the existing three measures — vineyard restructuring, winemaking investments and wine marketing and promotion on external markets — opens up the possibility of co-financing the promotion of Croatian wines in the EU. It will certainly contribute significantly to the previous program, as after entering the EU Croatia did not make any bigger impetus in exporting to EU markets.

The government proposes the Vigilance Restructuring and Conversion, according to which the percentage of aid is increased from 50 per cent to 75 per cent, and the possibility of a financial compensation for loss of income is introduced in a one-off amount. 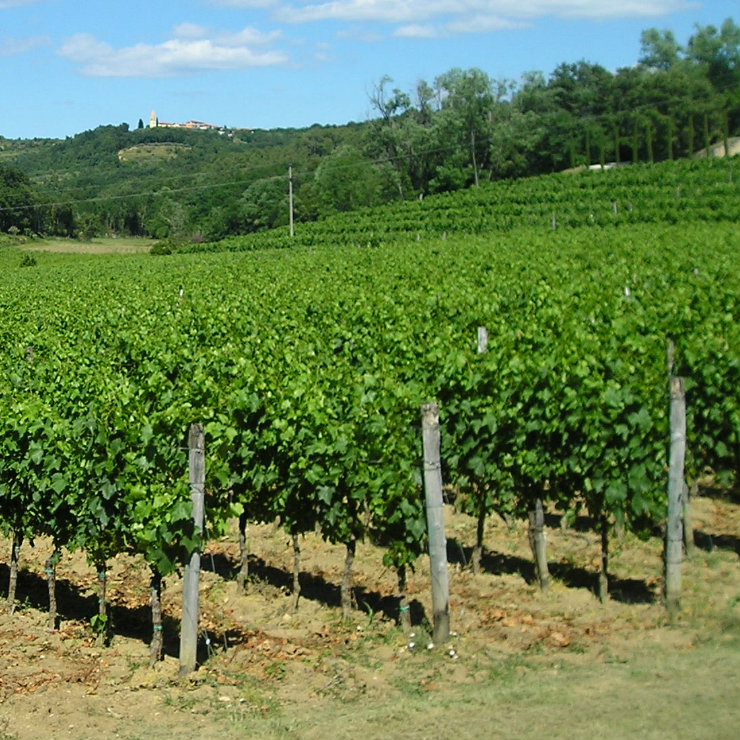 Croatia is industrially poor compared to other CSE countries

Category: Macroeconomics 20.09.2019
Croatia slowly begins to understand that relying on a single sector, such as tourism, is not the best formula for a sustainable development. The share of industry exports in total Croatian exports is among the lowest within the new EU member states.