20.01.2020
When it comes to advanced technologies, Europe has been lagging behind the US and China for many years. This has an effect on the growth rate and the competitiveness of the European economy, as well as the level of employment. 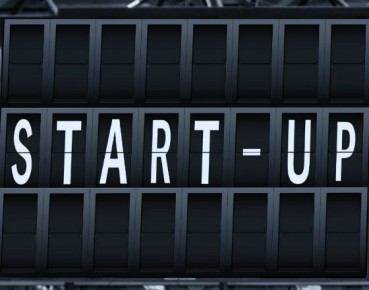 The economic potential of Europe could be comparable to that of the United States and China. Many EU member states have long traditions in the implementation of industrial innovations, but the protection of traditional industries limits investment in technological innovations. The report of the European Investment Bank (EIB) indicates that European companies are twice as likely as their American competitors to implement existing innovations, but only 8 per cent of European companies are implementing entirely new products and services. Such an approach could have a negative effect on the labor market, because it reduces jobs in the existing industries and is not conducive to the creation of new jobs in innovative sectors. As a result, truly innovative companies are developing elsewhere.

While the expenditures on research and development (R&D) as a percentage of GDP are similar in the US, China and the European Union, the first two spend much more than Europe on information and communication technologies (ICT). Private capital investments in R&D in Europe account for just 19 per cent of the global expenditures. Meanwhile, China is responsible for 24 per cent of such spending, and the US accounts for 28 per cent. The gap is even greater if we consider the number of filed patents. According to data from the World Intellectual Property Organization (WIPO), in 2017, China registered 1.38 million patents, while the United States filed 607 thousand patents, and Europe submitted as few as 166 thousand patents, mainly in the field of medicine. It could therefore be argued that the funds allocated for R&D activities are not being spent efficiently, and there is a shortage of innovative projects in Europe.

The Forbes magazine’s list of the world’s top 100 digital companies includes 38 companies from the Unites States, as well as 14 companies each from China and from Europe, which is not much more than Japanese companies (13). The top twenty only includes one European company — Deutsche Telekom. Europe lags behind the global leaders in terms of innovations, such as genomics, synthetic biology, quantum computing, and big data. Companies from the EU are much slower at implementing solutions utilizing the cloud computing infrastructure, only a quarter of them have been using such solutions for more than four years. In the case of artificial intelligence (AI), only a quarter of large companies have implemented or have piloted the implementation of at least one application of this technology. Moreover, a significant number of EU member states are not ready for the development of artificial intelligence, the Scandinavian countries and the United Kingdom are the most advanced in this regard. The only area in which European companies have an advantage over their competitors from the United States is advanced robotics.

In a report on the artificial intelligence, McKinsey, the consulting firm, points out that closing the existing gap would accelerate the European Union’s economic growth by 0.5 percentage point per year until 2030, which translates into approximately EUR900bn added to the European GDP.

Unicorns love the US

Europe’s weakness also lies in its limited ability to support and scale-up innovative start-ups. At the beginning of the year the US had 205 unicorns, that is, private technology companies valued at over USD1bn. Meanwhile, China had 101 such entities, and European countries (excluding Switzerland) only 45. This is a reflection of the potential of the local venture capital market — in 2018 investors in the US forked over a total amount of USD130bn to technology companies, while those in China spent USD70bn. Meanwhile, European investors only spent USD25bn on tech start-ups, with as much as 90 per cent of this amount invested in just eight EU member states.

It’s also worth noting that China and the US account for more than 80 per cent of the overall global investments in start-ups operating in the field of artificial intelligence. The lack of European venture capital results in the underinvestment of start-ups and the early stages of their development, and prevents them from reaching the necessary scale. In the Unites States such investments are typically several times larger. It is also easier for American start-ups to scale their business due to the large and homogeneous domestic market in the United States. In Europe, despite the Digital Single Market initiative, the market is fragmented, which is also a result of differences in regulations and taxation in the individual member states. Technology start-ups require a supportive environment in the form of ecosystems — according to the analysis carried out by Startup Genome, among the 20 most developed ecosystems in the world only four are located in Europe (London, Paris, Berlin, Stockholm), while as many as nine are in the US. Additionally, the European tax regulations concerning capital investment, private equity, employee stock options, and other forms of supporting new businesses could be seen as discriminatory compared with similar regulations in the United States.

The online world is dominated by American and Chinese digital platforms, which have virtually no competitors originating from Europe. As a result, it is relatively easy for the technology giants, mainly American, to acquire millions of European consumers and to provide digital services (often exempt from local taxation). In the process these companies are obtaining the personal data of users, which could provide an effective barrier preventing the emergence of any future local competition. Companies such as Amazon, Apple, Facebook, Google and Microsoft have huge budgets for research and development activities amounting to nearly USD50bn in 2018 alone, and for mergers and acquisitions, whose value reached nearly USD35bn in 2017. The entities acquired by the American tech giants included European digital stars such as Skype and Minecraft. In the years 2013-2018 Google alone invested in 300 start-ups, spending a total of USD12.6bn. This enables the American tech giant to control any potential competition.

Meanwhile, Chinese tech giants such as Tencent, Alibaba and Baidu are investing, on average, in approximately 40 per cent of Asian technology start-ups, while every fifth Chinese start-up is created by their former employees. The dominating tech giants are also snatching up developers and programmers, offering salaries up to 50 per cent higher than the start-ups. However, this is not the only reason why European digital companies have considerable difficulty in attracting the talent they need — among the OECD countries the United States attracts up to 50 per cent of all educated immigrants, while Europe is only able to attract only 25 per cent.

As a result of the described trends, the digital gap between Europe and its competitors continues to persist. The level of digitization in the European business is approximately 30 per cent lower than in the United States. Europe has long had a negative balance of trade in digital services. However, Europe’s economic prospects now largely depend on the progress of digitization. In its latest report McKinsey calculated that Europe could increase its productivity by one percentage point per year, which would increase the value of its production and services by EUR2.7 trillion over 10 years. These are significant amounts, especially considering the rapidly progressing process of population ageing in Europe.

What should Europe do?

It is becoming clear that challenges related to innovation are now increasingly seen as crucial for the future of the European Union. The flagship example of this shift is the “Horizon Europe” program, with a budget of EUR 100 billion in the 2021-2027 multi-annual financial framework. The program provides financing for the development of digital innovation hubs and key technologies, a commitment of EUR20bn in annual expenditures on AI, as well as European cloud computing solutions which will enable the sharing of scientific data. The program also involves the creation of the European High-Performance Computing Joint Undertaking (EuroHPC), which is supposed to enable data analyses and the development of innovative applications of the new technologies. In June 2019, a decision was made about the location of eight such supercomputing centers, including two in the Central and Southeast Europe (in Sofia and Ostrava). Moreover, a plan for the establishment of the European Future Fund was announced in August 2019. It’s value would also reach EUR100bn. The objective of the fund would be to support European champions in the competition with foreign tech giants.

However, a lot more needs to be done if we want to build an integrated, pan-European technological innovation ecosystem. Based on the analysis presented by McKinsey, all of these activities could be summarized in a few key objectives:

A single market for technology and digital products seems to be the key to European competitiveness, and no single EU member state alone has the critical mass to compete on the global stage. However, at present, when many countries are preoccupied with their internal problems and with the issue of Brexit, it seems unlikely that a common innovation and technology policy could be developed anytime soon, despite the fact that this is one of the important challenges faced by the new European Commission. 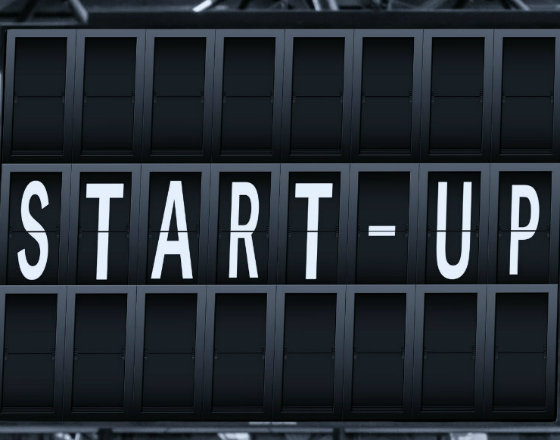