European automotive industry is on the turn

13.05.2020
2020 will be another difficult year for the European automotive industry. Not only because of the coronavirus but also concerns about whether customers will start buying electric cars from the beginning of 2020. 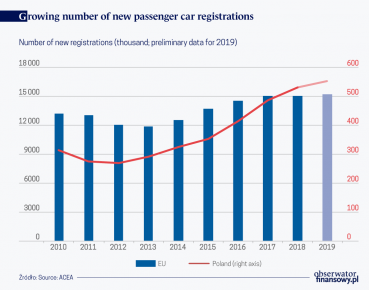 The effect of the coronavirus on the automobile industry is unprecedented. Nearly all vehicle manufacturing in Europe having come to a halt (read more) and the retail network now effectively closed. But there are other factors that have had an impact on the whole industry and together with the pandemic may result in “the worst crisis ever to impact the automotive industry,” as Eric-Mark Huitema, Director General of European Automobile Manufacturers’ Association (ACEA), stated.

December 2019 was a good month

According to ACEA, 15.3 million new passenger cars were registered in 2019 in the European Union, 1.2 per cent more than in 2018 (in Poland the growth amounted to 4.5 per cent). 2019 was therefore the sixth consecutive year of growth in the number of new registrations in European Union Member States.

Optimistic annual data do not reflect the picture of the market in 2019. The positive trend in 2019 was mostly attributable to December, when the number of registrations increased by 21.7 per cent compared to the same month of 2018 (in Poland the increase reached 15.7 per cent). After 11 months of 2019, the number of new registrations was 0.3 per cent lower than in 2018. The negative results of the market have been recorded – to a lesser or greater extent – since the beginning of 2019.

There were two reasons for the massive growth in December. The first was the low base of December 2018, when 999,000 new cars were registered, 8.4 per cent less than in 2017. The lower number of registrations in December and the last four months of 2018 resulted from the surge – by 31.2 per cent – in August 2018, just before the introduction of new, stricter test procedures for fuel consumption and emissions compared to those used so far – the Worldwide Harmonized Light-Duty Vehicles Test Procedure (WLTP) – which apply to all cars registered as of September 2018.

The second reason was related to one-off events. Last December’s increase in the number of registrations in France (by almost 27 per cent) and Sweden (by more than 109 per cent) was triggered by the announcement of changes in the taxation of cars related to their CO2 emission level. On the other hand, a surge in the number of registrations in the Netherlands – by almost 114 per cent – is the effect of an increase in the tax on the purchase of electric cars by companies from 4 per cent to 8 per cent starting from January 2020.

In addition, due to changes in European regulations concerning CO2 emissions from cars, some dealers have registered cars “just in case”. In Italy, for example, dealers’ and manufacturers’ registrations accounted for 22 per cent of December’s registrations, according to the Associazione Nazionale Filiera Industria Automobilistica, the Italian association of the automotive industry. Cars with 2019 registrations – although actually sold to customers in 2020 – do not affect this year’s average CO2 emissions. France is the third largest passenger car market in Europe, Italy the fourth, the Netherlands the eighth and Sweden the ninth.

The European automotive market in 2019 was affected by Brexit and the uncertainties associated with it, the spectre of the US trade war with China and the risk of the outbreak of the US trade war with the European Union as well as the postponed effects of the introduction of the WLTP. The latter factor reduced demand primarily in the first three months of 2019. The others had a negative impact on the willingness to buy new cars practically throughout the year.

Tesla will lose its first place

From the point of view of the automotive corporations, how European consumers will accept electric cars will be of utmost importance. For the time being – as Tomomi Nakamura, one of the bosses of the Japanese Subaru, said in January, “the only electric car which sells well is Tesla.”

According to estimates, in 2019, nearly 110,000 cars of this brand were registered in five main European markets – Germany, France, Spain, Italy and the United Kingdom, which gave the American company almost one-third of the share in the market of electric cars with batteries in these five countries. The closest competitor – the VW group – recorded a result worse by almost 50 per cent.

The assumption is that a significantly higher share of EV in sales than before is intended to allow manufacturers at least to limit (if not avoid) the financial penalties that the European Union will impose for exceeding the maximum permitted average levels of CO2 emissions. As of January 2020, it is equal to 95g/km, while last year’s average carbon dioxide emissions from cars sold in Europe are estimated at around 120 g/km.

The spectre of penalties made Volkswagen, the world’s largest car manufacturer, incurring huge investment outlays, prepare an entire range of EV. There are both mass-customer cars, i.e. relatively cheap, as well as those from higher price shelves, including luxury ones. New models of electric cars with batteries have also appeared in the offer of Mercedes, Peugeot, Kia, Volvo and Honda. Bloomberg New Energy Finance (BNEF) estimates that the number of EV models available in Europe will increase to 175 in 2020 from 100 in 2019.

Another strategy was adopted by Fiat Chrysler, which is lagging behind most of its competitors in rolling out EV. The company has decided to use a trick accepted by the EU regulation and Tesla will be added to the pool of cars sold in Europe. According to analysts, between 2020 and 2023, it is to pay the American manufacturer of battery electric cars (BEV) roughly USD 2 billion, which is more or less the same amount as the construction of the BEV factory in Germany will cost the American company.

The sale of battery-powered electric cars and hybrids recharged from a socket is clearly increasing y/y (the Swedish research company EV Volumes forecasts last year’s growth at 42 per cent and Bloomberg New Energy Finance at 32 per cent), it still represents a minor percentage of demand for passenger cars. Although they are getting steadily cheaper, BEVs are still more expensive than similar cars with internal combustion engines (the demand is increased and in practice regulated by tax credits or government subsidies) and their range on a single battery charge and the availability of charging stations still make it necessary to plan longer trips carefully.

According to Bloomberg New Energy Finance analysts, “the long-term future appears bright” but in the short term the market for electric cars is expected to grow slowly. “We are still in the process of transformation from a market driven by subsidies to one created by customer needs and other mechanisms,” claims Colin McKerracher, BNEF analyst.

Matt Schmidt, German automotive market analyst, estimates that in 2020 BEV sales in Europe’s five largest car markets will almost double to 700,000 units, giving battery powered electric cars a 5.5 per cent share in the total market of these countries. The analyst estimates that VW, selling 220,000 BEV on these markets, will overtake Tesla, which will find buyers for 200,000 cars. According to Bloomberg New Energy Finance, 800,000 BEV will find buyers across Europe in 2020.

The forecasts might not necessarily prove true. On the other hand, according to a study by Venson Automotive Solutions with less air pollution being documented due to the COVID-19 lockdown, more people are realising the benefits of moving away from petrol and diesel cars and are considering switching to EVs. Of the participants surveyed by Venson, 45 per cent agreed that the vast improvement in air quality at the current time had made them reconsider owning an EV in the future. Another 17 per cent said that it had reaffirmed their decision to buy an electric car.

It seems certain that in 2020 a period of change is beginning in the European automotive market, the next stage of which, after “electrification” of cars, will be autonomous and network-connected vehicles. Manufacturers who overlook these trends for some reason take the risk of ending up like Nokia in the mobile market, as VW Herbert Diess, CEO of the German corporation, said figuratively at a meeting with managers. 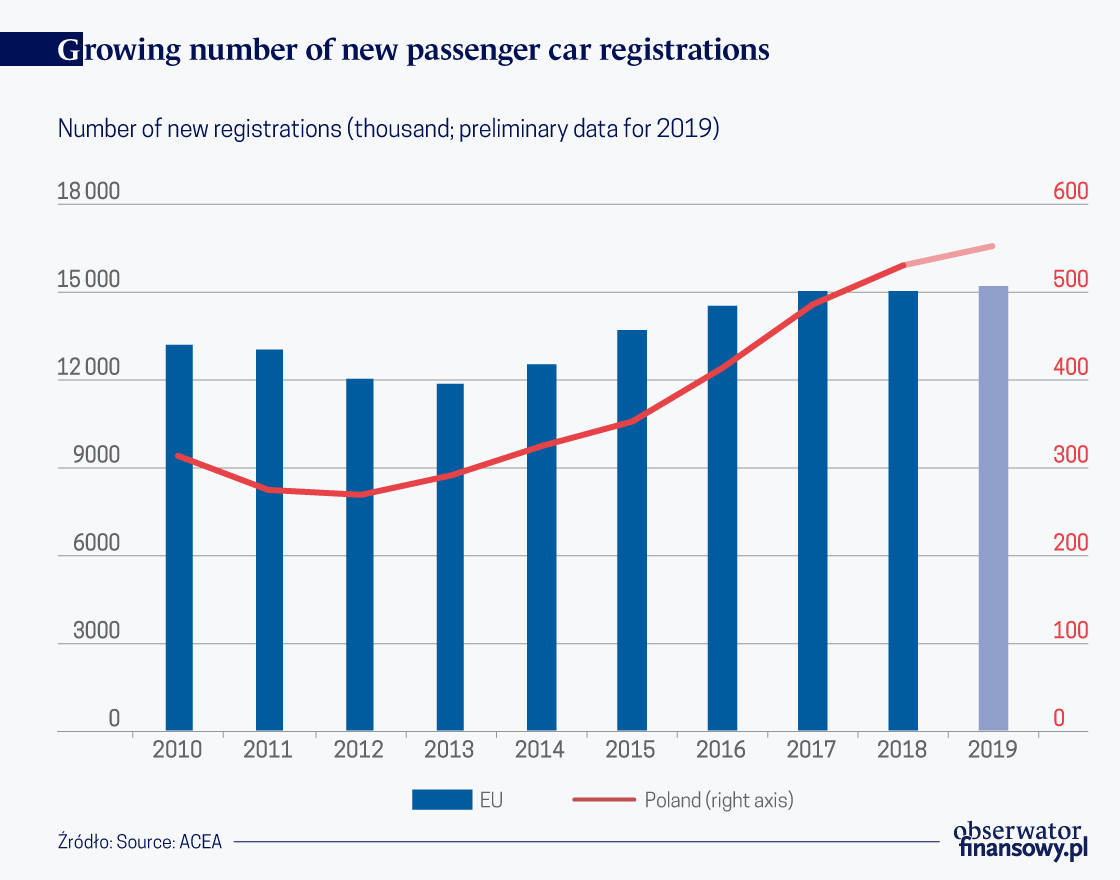 Electric vehicles are catching up with gas-powered cars

Category: Business 13.03.2019
In 2018, the number of electric vehicles surpassed 4 million worldwide. This is still only a fraction of all the vehicles on the roads, but the rate of changes in the automotive market indicates that soon cars with internal combustion engines could become obsolete. 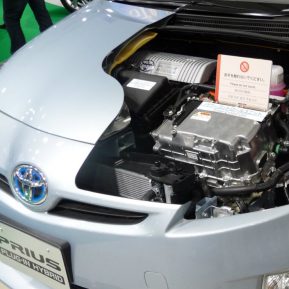