19.02.2020
Generation X, or people born between 1965 and 1980, entered adulthood not only in a time of important political transformations in Central and Southeast Europe (CSE), but also in times of great technological changes in the world. 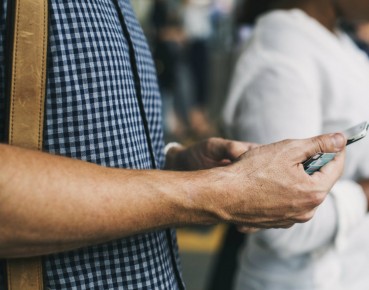 The first online communication tools were being developed in the 1970s and 1980s. Desktop computers available for ordinary users appeared in the 1980s. One of the most popular personal computers of that period — the Commodore 64 — was introduced in 1982. The Microsoft Windows operating system was released a year later, and the first-ever web page written in HTML was created in 1991. In Poland, in the 1990s, Generation X was the first group to obtain wide access to the internet via modems and dial-up telephone connections. This generation value personal contact the most — just like their predecessors, the Baby Boomers. However, unlike the Boomers, the Gen Xers have no problem with using computers, mobile phones, and the internet. Compared with older age cohorts, people who are currently 40-55 years of age are significantly more likely to make online purchases and to use services available through the online channel, also including online banking.

The Scandinavians are the leaders

When comparing the two generations — Generation X and the Baby Boomers — it is not surprising that the members of the younger generation use online banking services more frequently. In the case of Baby Boomers, the average share of online banking users in the EU is only 38 per cent (read more). In both of these generations online banking is the most popular in the Scandinavian countries and in the Netherlands, as well as in the United Kingdom, France, Germany, Belgium, Luxembourg and Latvia.

Based on the average values for both generations, there are four countries in which Generation X exhibits significantly higher willingness to adopt digital solutions than their older colleagues or parents. This group includes Ireland, Austria, the Czech Republic and Lithuania. In the remaining countries, including Poland, persuading customers from both generations to use online banking is still a major challenge for the banks. They should primarily focus on people up to 50 years old, who will remain active in the labor market for more than a dozen years, and who will have a permanent — although somewhat reduced — income after reaching the retirement age.

Generation X can be divided into two sub-groups — the “younger Gen Xers” (40-44 years of age), and the “older Gen Xers” (45-55 years of age). The average share of online banking users in the EU member states among these two groups is 62 and 56 per cent, respectively. In general, when it comes to the use of online banking services in the EU, the differences between the two age cohorts of Generation X are not particularly big. In 18 countries it does not exceed 5 percentage points. The biggest differences were recorded in Poland, the United Kingdom, Ireland, Malta, Portugal and Lithuania (7-9 percentage points).

In reality, comparing individual EU member states solely on the basis of the differences between the two age groups does not provide full picture on the use of online banking services by Generation X. For example, the difference between the two age groups in Denmark, Finland and the Netherlands is only 1 percentage point, while in Romania, Bulgaria, Greece and Luxembourg it is 2 percentage points. However, in Romania online banking services are used by only 8 per cent of Gen Xers from the younger age group and by only 6 per cent from the older group. Meanwhile, in Luxembourg this share reaches some 75 and 73 per cent, respectively. Analysis based on relative differences indicates that in Romania, Bulgaria, Portugal and Poland, there are far fewer online banking users aged 45-55 than those aged 40-44.

So what is the reason for this divergence between the Nordic countries (and the Netherlands) and the countries of CSE? Why is it the case that in the countries of Northern Europe most people in their forties, as well as those in the fifth decade of their life, actively use online banking? This is certainly not due to the lack of internet access or the inability to use it. According to the Eurostat data, at the end of 2018, in the countries with the lowest share of online banking users, i.e. Romania and Bulgaria, more than 50 per cent of people aged 45-55, i.e. belonging to the older age group of Generation X, were accessing the internet for private purposes on a computer, laptop or a notebook. A large difference between the share of people using the internet and the share of people using online banking is also observed in Greece, Hungary and Slovenia. In Poland this divergence is also high: while 72 per cent of people aged 45-55 use the internet, only 43 per cent use online banking services.

In most of the EU member states the older age cohort of Generation X willingly engages in online shopping. Even in Romania and Bulgaria 17-18 per cent of people made online purchases in the last 12 months, which is a share much higher than the share of online banking users. On the other hand, in as many as 20 countries more people use online banking than online shopping. This confirms that such methods of accessing banking services are highly accepted. 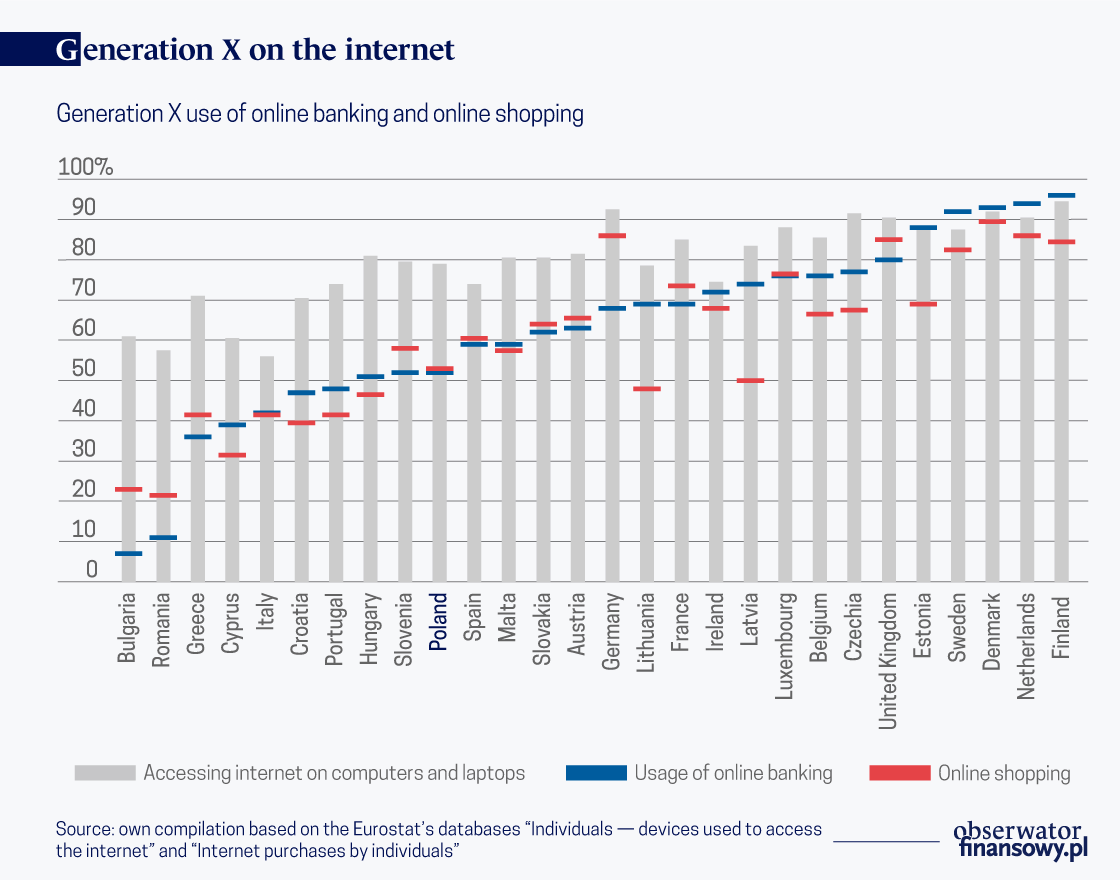 As there is a shortage of comparable research results, it is difficult to directly identify the causes of the low levels of online banking use by members of Generation X in some EU countries. Outside of cultural differences, these reasons undoubtedly include the customers’ concerns regarding the safety of financial operations, which are confirmed by the banks’ regular reminders about the possible risks that may be encountered by users of online banking. The data published by Eurostat in the “Perceived barriers to buying/ordering over the internet” database also indirectly corroborate this conclusion. Detailed analysis indicates that every fourth EU resident from the older age group of Generation X cited payment security concerns as the main reason why they weren’t making purchases over the internet. This means that any solutions introduced by the banks that enable the safer use of online services would certainly be consistent with the customers’ expectations.

The relevant regulations increasing the safety of online banking services are being implemented across the EU. The PSD2 directive (Payment Services Directive 2) which entered into force in September 2019, has been referred to as a “revolutionary” piece of regulation for banks. The directive introduces, among other things, the requirement of using 2-factor authentication methods for the performance of banking operations, which is somewhat burdensome for customers actively using online banking, but at the same time significantly improves safety standards. 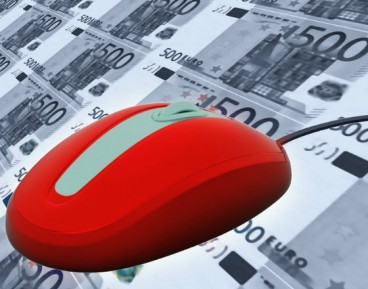