Bank failures in Ukraine ruin citizens and hit the economy

05.10.2016
The wave of bank failures in Ukraine has brought over UAH400bn in losses. The banking catastrophe, which has already been nicknamed “bankollapse”, has hit the whole economy hard. 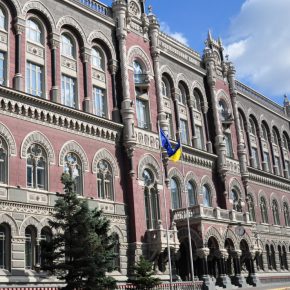 In June, thirteen Ukrainian associations representing banks, insurers and financial institutions operating in Ukraine published a report which shows that between 2014-2016, as a result of recognition of 77 Ukrainian banks as insolvent, the banking system lost UAH435bn in assets. This is the equivalent of 22 per cent of Ukraine’s GDP.

According to the calculations of the report authors, enterprises in the real economy lost UAH82bn of their current assets in the bankrupt banks, corresponding to 25 per cent of all the business assets deposited in Ukrainian banks (as of January 1st, 2016). Taking into account the state of the liquidated banks, most of this amount has been lost forever. This means that the Ukrainian “bankollapse” not only results in reduced bank lending to the economy but also in the in the bankruptcy of many companies.

According to the report, due to the wave of bank failures insurance companies lost a further UAH2bn which threatens to spread the crisis of the banking sector to the insurance sector. Investment funds and non-state pension funds lost UAH1bn. The UAH25bn that local governments invested in the bankrupt banks is also lost.

The “bankollapse” began in February 2014 with the collapse of Brokbiznesbank, which the evacuating team around Viktor Yanukovych used to siphon capital out of Ukraine.

At the beginning of 2014, just before its bankruptcy, Brokbiznesbank received what at that time was a huge amount of financing (approx. UAH2bn, or USD250m), which was siphoned out of the country. On the bank’s accounts UAH4.6bn in deposits of legal entities was lost and UAH3bn belonging to individual clients. In 2014, a total of 32 banks were liquidated and in 2015 a further 33.

Since the beginning of 2016, 15 Ukrainian banks, with UAH9bn of savings of individuals, have already gone bankrupt. The Guarantee Fund of Deposits of Individuals (GFDI) paid UAH7.3bn in compensation to the victims. The total payments for clients of all the banks that have gone bankrupt since 2014 amount to almost UAH79bn, or USD3bn. The fund does not have this money, so in order to fulfil its obligations, it has to take from the state budget. As a result of the “bankollapse”, 102 banks remain on the Ukrainian market.

Ukrainians are not passively waiting for developments. According to rough estimates, they have withdrawn UAH70bn and USD16bn from the banks in order to rescue their savings. Most of the national currency ended up on the market fuelling the devaluation of the hryvnia.

Ukraine can expect another wave of bank failures, as they have to supplement their capital to at least UAH200m by July 2017. At the same time, according to data at the end of March 2016, as many as 53 of the banks remaining on the market have capital lower than the future minimum and many of them will not be able to supplement it.

According to a member of the management board of OTP Bank, Taras Prots, after the wave of bankruptcies, 95 per cent of bank capital in Ukraine is attributable to 22 large banks, so even if there is a mass liquidation of small banks, it will no longer have a significant impact on the stability of the market. It is worse with the state of mind of the clients – although small banks account for a mere 5 per cent of capital, they accumulate as much as 45 per cent of deposits.

Oleg Ustenko, expert from the Blazer Foundation, warns against the negative consequences of the situation in the banking sector for the whole of the Ukrainian economy. “Everything that takes place in the financial sector hits the economy. The main condition for its effective operation is trust. In Ukraine there is no trust. Everyone understands that any agreement, any guarantee, could be worthless, the implementation of any obligation may be withheld if only one of the parties wants to violate the agreement. At the same time, everybody understands that the judicial system is weak and easily influenced, so fair judgments cannot be counted on,” he commented.

While Ukraine has managed to get a little used to bank failures in the last two years, the collapse of Mikhailovsky Bank, which took place this summer, was shocking even by Ukrainian standards.

The Bank’s management cheated tens of thousands of its clients, urging them to put their deposits not in the bank itself, where they would be protected by the banking law, but in an investment firm linked to the bank where their money was deprived of any protection. All this took place in full view of Ukraine’s central bank, NBU, which failed to react to the bank’s machinations.

Today, the management of NBU argue that they did not know about the machinations of Mikhailovsky Bank. According to bank analyst Eric Neuman, these explanations are not credible. Already in spring 2015, the central bank counted Mikhailovsky Bank among the group of problematic banks, appointed an administrator, and imposed many restrictions on the bank, which later was removed.

At the end of July, several hundred clients of the bank organized a demonstration in the center of Kiev and blocked the traffic, demanding that the president and the International Monetary Fund “influence the situation”.

The list of the banks whose management are suspected of defrauding the money of the central bank are the bankrupt Delta Bank, Kievan Rus, AutoKrazBank, Urban Commercial Bank, Pivdenekonombank, Terra Bank, Khreshchatyk and Finance & Credit.

According to Ukrainian sources, as early as in 2012 Meinl Bank carried out suspicious cash flows. Shortly before going bankrupt, the capital of Tavrika Bank, a small Ukrainian bank, was withdrawn from Meinl Bank – in total USD26m.

Today NABU accuses the management of the Ukrainian central bank – both the current management and Valeria Gontareva’s predecessor – Stepan Kubiv, appointed as the head of NBU in spring 2014 – of collusion with the heads of failing commercial banks.

According to the head of the Committee of Economists of Ukraine, Andrei Novak, the catastrophic situation of the Ukrainian banking system is not only the fault of the banks but it is also due to the fact that they remain a battleground of the struggle of politicians for economic influence.

“Over one third of the liquidated banks were fully viable. Their bankruptcies were artificial. Instead of establishing order in the market, over the last two years the central bank has acted as an instrument for the realization of the orders of a financial-industrial group controlled by the authorities. Everything that takes place in the banks takes place in their interests,” writes Andrei Novak in the weekly Korrespondent, arguing that the situation in the Ukrainian banking system can no longer be repaired without radical changes to the whole system of power.

One of the examples that Novak provides is the communal bank Khreshchatyk, which went bankrupt in spring this year over the course of several days, leaving thousands of clients out in the cold. NBU decided to liquidate mainly because of a conflict between the main shareholders – the city authorities of Kiev, holding 25 per cent of the shares – and a private investor, who owned 37 per cent.

Over several days the communal enterprises subordinate to the city authorities of Kiev withdrew their deposits. They took them to the International Investment Bank belonging to Petro Poroshenko and Credit Dnepr Bank, whose owner is the son-in-law of the former president Leonid Kuchma, the oligarch Victor Pinchuk. This led to a situation in which the bank could no longer fulfil its obligations.

This action paralyzed the payments for the budget sphere of Kiev that was subordinate to the city authorities and ruined approx. 19,000 small entrepreneurs who trusted the communal bank and kept their companies’ bank accounts there. According to experts, the bankruptcy of Khreshchatyk had a negative impact on the rating of the Ukrainian capital. However, for the contest between the oligarchs this did not matter. 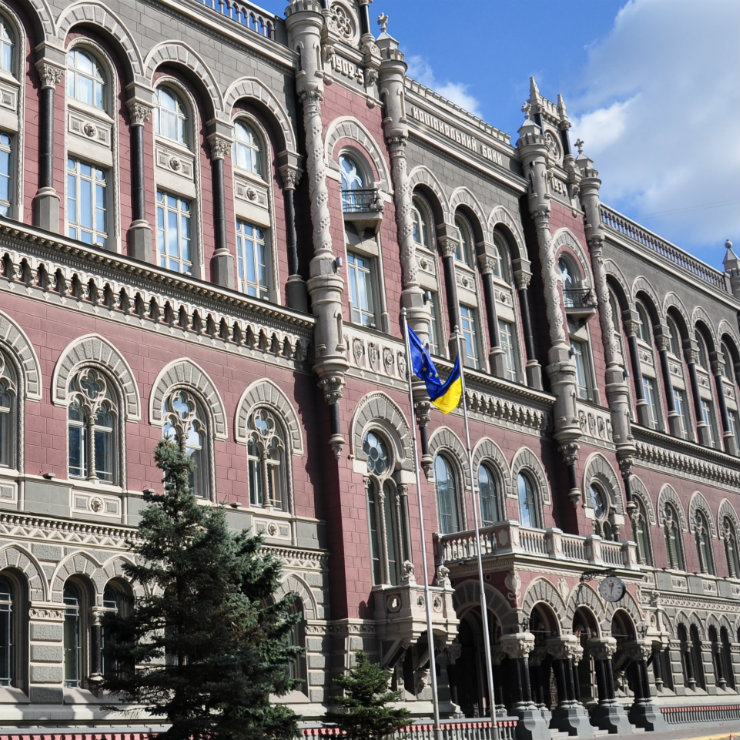