22.09.2016
After the Brexit decision, Indonesia and Malaysia began taking over UK’s sukuk (“sharia compliant" bonds) investors. But they are still choosing Luxembourg and Ireland instead of traditional Islamic finance markets. 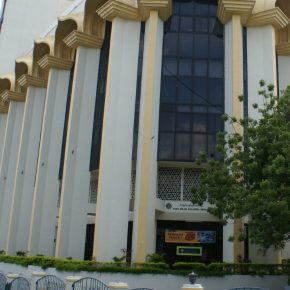 Although Islamic financial instruments are significantly different from their conventional counterparts, in the case of investment funds the similarities are greater than the differences. In Europe and North America the functioning of investment funds, including Islamic funds, is governed by the laws of the State in whose territory the given entity operates. Therefore, both its structure and the activities it carries out must be in compliance with the national law.

In practice, this means that Islamic investment funds operating in countries where the Sharia law does not apply, do not differ from their traditional counterparts in terms of organization. Their activity, however, remains in compliance with the guidelines of Islamic law, which requires participation in the losses and profits of a given project, because the participation units and investment certificates are priced on the basis of the results of the assets.

How does this work?

The differences between the conventional funds and Islamic funds are found in the investment policy. They are derived directly from the specific nature of the Islamic financial sector. In order to ensure the compliance of an investment with the Sharia law funds engage in transactions only with the use of instruments which meet specific criteria.

Similarly, as in the case of conventional funds, the type of assets in which resources are invested determines the nature of the fund. When it comes to debt funds, due to the prohibition of charging interest rates (Arabic: riba), they are replaced with so-called sukuk funds.

Like their traditional counterparts, Islamic funds are engaged in leasing transactions, but in this case it’s the Muslim version, known as ijarah. In order to comply with the prohibition of speculation, the transactions utilize an instrument known as murabaha (deferred sales, where the profit results from the margin of the seller of the goods).

Islamic funds can also purchase stocks and shares of companies. For this purpose they form partnerships known as mudaraba and/or musharaka. The first one is a contract, with one party providing 100 per cent of the capital and the other party providing its specialized knowledge to invest the capital and manage the investment project. Profits generated are shared between the parties according to a pre-agreed ratio.

The Musharakah model is essentially a sharing model. Parties involved in a partnership arrangement contribute funds to and have the right to exercise executive powers in that project in accordance with an agreed formula.

Sharia law indicates the areas of economic activity, in which investors cannot engage. These are primarily the production, processing and distribution of alcohol, drugs, weapons and pork meat, as well as activities related to pornography. Apart from the pork meat these are the same areas in which most classical western investment funds will not engage.

It is also forbidden to invest in entities whose principal activity consists offering financial instruments prohibited by Islam (e.g. conventional banks). Companies carrying out infrastructure projects or involved in manufacturing activities are preferred.

When it comes to entities that finance their activities using conventional instruments, according to the applicable rules, investments are not permitted if conventional products make up more than 33 per cent of the total debt of the given entity.

The compliance of the investments carried out is ensured by the council for conformity with Sharia law, which is a part of the structure of each Islamic fund.

Islamic funds in Europe and North America should be treated not as a separate group of instruments, but as a specific investment policy. This point of view was adopted by Ireland, Luxembourg and the United Kingdom, which included these products in their offers.

Although according to the Islamic Financial Stability Board (IFSB), one of the three institutions responsible for the standardization of Islamic financial instruments, at the end of 2015 the total global value of the assets offered by the Islamic investment funds commonly available on the market amounted to only USD76bn, this segment, as well as the entire sector of Islamic finance, is growing dynamically. In 2010, the value of the assets amounted to less than USD60bn, which means growth of almost 30 per cent.

The three above-mentioned European countries have decided to take advantage of the expansion of these unconventional instruments. In the United Kingdom, the first Islamic fund appeared as early as 1986. A fund denominated in the GBP was established a decade later. In Luxembourg, Islamic funds began to appear in the 1990s. Ireland began its adventure with Islamic finance at the beginning of the 21st century.

As for the value of the assets managed by the unconventional funds, Luxembourg is the undisputed leader among European countries (and second in the world after the United States). According to data from EY, in 2015 the assets held by Islamic investment funds in that country were worth over EUR3.5bn. Although this only represents 0.14 per cent of the total value of the country’s investment fund sector, the growth rate of the value of Islamic funds’ assets is impressive. In 2014, they amounted to just over EUR3bn, which gives annual growth of approx. 15 percent.

Ireland is ranked second, and in 2012 assets of Islamic funds in that country amounted to approx. EUR1bn. Although in absolute terms the country lost to Luxembourg, the share of Islamic funds’ assets in the total value of the investment fund sector was more than two times higher and amounted to 0.4 per cent.

In 2015 in the United Kingdom, the value of assets held by unconventional funds amounted to EUR400m (0.01 per cent of the sector’s value). This small but steadily growing share of Islamic funds is associated with the fact that this country prioritizes the development of Islamic banking and the sukuk segment.

Poland could benefit as well

The examples of Ireland and Luxembourg show that these instruments can be used not only in Muslim countries or countries with a significant Muslim minority. The Islamic investment funds could also prove to be an interesting solution for the Polish financial sector and the economy in general.

Islamic funds, or ethical funds, as they are often called, could be attractive for Polish retail and corporate investors. Transactions using the Islamic instruments are safe because they are based on assets and offer a higher rate of return than bank deposits or Treasury bonds.

As shown by the examples of European funds, these instruments can generate higher profits than their conventional counterparts. Investing in an Islamic fund will also increase the diversification of risk in the investment portfolio.

Unconventional funds could also help Polish companies. In the case of equity funds, companies with the biggest development prospects are typically supported. The structure of Islamic instruments means that assets with the prospect of growth in value are selected. The inclusion of Islamic instruments to the offer will also enable investors to attract new foreign capital.

The most important point, however, is that the implementation of Islamic investment funds will increase the attractiveness of the Polish financial sector. This path was followed by Luxembourg and Ireland. Islamic funds are simply another instrument in their portfolio, which encourages foreign investors to carry out transactions in these countries.

Of course, these are largely investors, for whom the compliance of the given instrument with Sharia law matters. However, the ethical nature of the product and the stable rate of return which it guarantees mean that they are increasingly used by entities which have traditionally used conventional instruments.

At the moment, none of the states of the Visegrad Group offer Islamic funds. It could seem that the reason is that these instruments do not fit the reality of our region. However, the cause of this situation is different. It is the result of a lack of knowledge about unconventional instruments and the benefits which they provide.

The inclusion of these instruments to the offer of the entities operating in Poland could help it become a regional leader in the area of finance.

The goal to introduce the first Muslim instruments in European countries was to have an offer that would allow the provision of services to entities from the Middle East, and especially from the countries of the Gulf Cooperation Council. The sector of Islamic finance began to develop in the second half of the twentieth century in the Gulf countries. These countries, however, did not have a full range of instruments required to manage assets, and therefore had to rely on the services of the European countries. Since the United Kingdom and Luxembourg have the most developed financial infrastructure in Europe, the choice was simple.

Along with the development of Islamic finance, these countries wanted to become global centers offering products compliant with the Sharia law. The dynamic growth in the value of the assets of Islamic funds results from the unmet (and constantly growing) demand for such instruments. European countries decided to bring forth an offer for the entities reporting demand for such instruments. Moreover, by offering products compliant with the preferences of Islamic investors, European countries can attract abundant Arabic capital, coming mainly from the Persian Gulf.

Importantly, the offer of the European institutions is addressed not only to entities from countries where Islam is the dominant religion. It is often emphasized that Islamic instruments are not exclusively dedicated to Muslims but to all interested parties, including European entities, both individual and corporate clients.

For the latter group, Islamic financial instruments, including investment funds, are an attractive product allowing them to diversify their investment portfolio. This is not just about the distribution of risk between the various instruments, but also about the attractive rates of return.

For example, over the past six months, a sukuk fund which is offered by one of the institutions in Luxembourg brought a profit of 3.6 per cent. In the case of its conventional counterpart, it was 0.15 per cent.

When it comes to equity funds, one of the leading European banks offers a product whose benchmark is the Dow Jones Islamic Market Developed Markets Top Cap Index. Its conventional counterpart is the Dow Jones Developed Market Large-Cap Index. The rates of return of both indices (excluding dividends) for the last six months are respectively 1.39 per cent and -0.52 per cent. As we can see, ethical finance can be even more attractive than conventional finance.

The author is an analyst of the Centre for International Initiatives and a junior analyst at the BZ WBK Brokerage House. 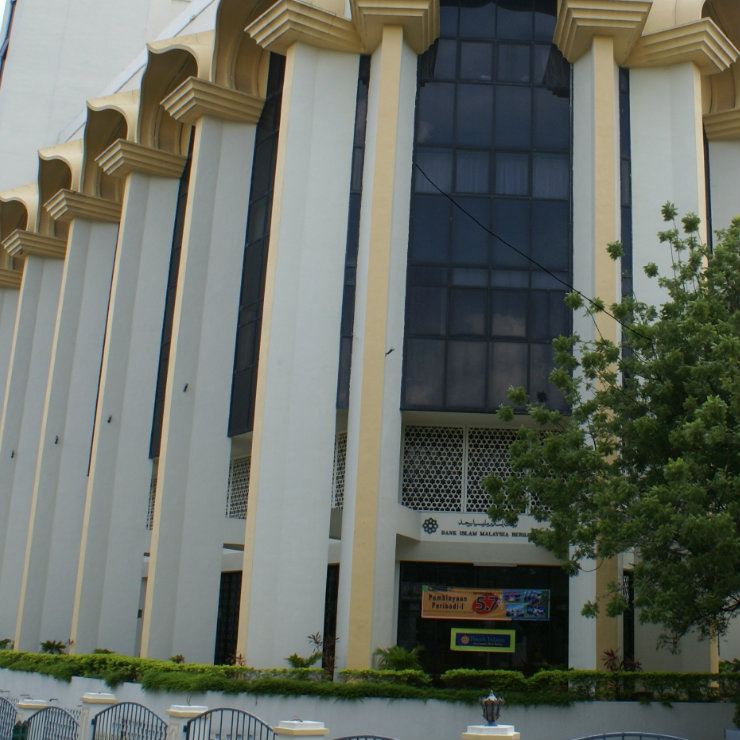