The activity of the financial technology companies has become a permanent feature of the global financial system, and an average of 64 per cent of consumers have used their services this year.

Fintech companies are offering their customers new — at least in terms of the price or of delivery method — forms of traditional banking products (e.g. insurance policies, investment advisory services, cash transfers) or entirely innovative product solutions (e.g. peer-to-peer lending, contactless payments). The awareness of their services among the customers is quickly growing, especially when it comes to payments and money transfers — as many as 96 per cent of the respondents were aware of the possibilities offered by such services. This, in turn, translated into a nearly twofold increase in the average adoption rate of fintech services across the surveyed markets over the past two years (from 33 to 64 per cent).

Outside of the above mentioned leading product categories, the popularity of other product groups is also rising — this includes savings and investments (48 per cent), budgeting and financial planning solutions (34 per cent), insurance services (29 per cent) and borrowing services (27 per cent). This is associated with the customers’ growing willingness to share with companies data on their shopping and financial preferences in order to get better and more personalized deals from suppliers. Such an attitude is declared by an average of 48 per cent of people using fintech services, and the main motivations behind that include easy access to cheaper products and solutions as well as the affordable prices.

Fintechs are no longer seen as immature companies. Many of them have proven business models, extensive operational capabilities, and are constantly expanding the range of offered products on a growing number of markets. They cooperate with traditional financial institutions or are their worthy competitors. This is evident in many countries. Fintech companies primarily excel in emerging markets, where digital technologies have effectively and quickly filled the gaps resulting from the high percentage of unbanked people in the population, leading to large-scale financial inclusion. This is the key reason for their popularity in countries such as China, India (the greatest progress in fintech adoption over two years, from 52 to 87 per cent), South Africa or Colombia, where they became the main suppliers of financial services.

Meanwhile, the relatively high rate of adoption of fintech products in some developed countries (above 60 per cent) results from a better understanding of the customers’ experiences within solutions related to the development of the open banking system. Switzerland is an interesting case, a country with a seemingly mature and developed banking system, albeit possibly somewhat out of touch with the customers’ expectations, as the adoption rate of fintech services in that country has more than doubled, from 30 to 64 per cent. An even faster growth was recorded in the Netherlands (from 27 to 73 per cent).

Products of fintech companies are also increasingly often used by small and medium-sized enterprises (SMEs). This year, EY surveyed one thousand enterprises across five markets. In China, as many as 61 per cent of the surveyed SMEs reported that they had been using fintech services, while in the United States 23 per cent indicated that this had been the case. SMEs especially appreciate the functionality of the offered solutions (66 per cent), their 24/7 availability (55 per cent), as well as the ease of use (53 per cent). The fees and commissions were of less importance to the entrepreneurs as compared to retail customers.

This means that fintech companies are no longer marginal innovators and have become sophisticated competitors — says Matt Hatch, the partner and global head of financial markets division at EY. Banks are increasingly adopting the technological solutions developed by the fintechs, creating new ecosystems based on personalized, transparent services, which are replacing the previously existing partnerships with external suppliers. This trend will certainly continue. Such cooperation increasingly includes not only financial players, but also social media and e-commerce platforms. As many as 68 per cent of the surveyed consumers are willing to consider using financial services products offered by companies operating outside the traditional financial services sector. This finding is confirmed by a report prepared by Capgemini and Efma (World Fintech Report 2019), according to which the field of finance is evolving towards an integrated ecosystem referred to as „Open X”.

Open X will be based on four fundamental shifts: from product to customer experience, from ownership to shared access to resources, from assets to data, and from purchasing solutions to partnering. The development of the new ecosystem will require a radical change in attitudes, both on the part of the banks and the fintech companies, as well as other participants, going beyond the philosophy of open banking. But ultimately, a lot will depend on the customers’ trust.

Category: Financial markets 04.11.2020
After the financial crisis we saw a rapid development of automated financial advisory platforms (known as robo-advice). The question now arises whether these services constitute a threat to traditional, financial advisory services understood as personal financial planning. 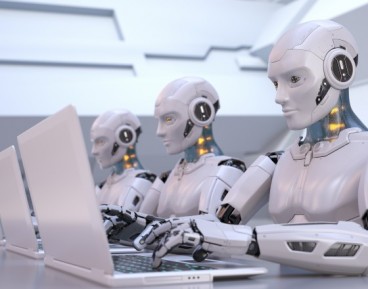