Hungary to hold off on Eurozone accession

09.10.2017
Hungarian politicians say that Hungary could only consider adopting the euro when its level of economic development is closer to that of the Eurozone countries. 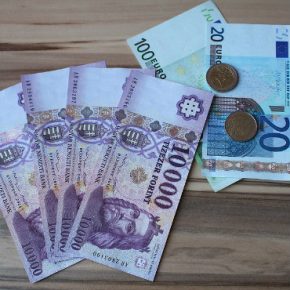 According to András Tállai, state secretary at the economy ministry, „the introduction of the euro may only become a timely matter if Hungaryʼs level of economic development approaches the average of Eurozone countries; that is, if there is genuine convergence. Otherwise, Hungary could be the loser of accession [to the Eurozone]- similar to some Mediterranean countries.”

„For the time being, Hungary does not wish to enter the Exchange Rate Mechanism,” he said, adding that Hungary already meets all of the Maastricht criteria for adopting the euro, with one exception – the forint is not pegged to the euro.

Meanwhile, Sandor Csanyi, Hungary’s richest man and CEO of the largest bank, OTP Bank, said that Hungary may adopt the euro sooner than the government is willing to admit. Bloomberg quotes him saying in an interview in Budapest “At the end of the day, Hungary will join the Eurozone and we’ll go together with those pushing for deeper integration.” “But I’m sure we’ll enter at the latest stage possible,” he added.

The ERM is a kind of ante-chamber for Eurozone aspirants

Hungarian economic policy cannot abandon its long-term intention of joining the Eurozone, “but there is no rush,” said the Economy Minister Mihály Varga and added that a currency system where monetary policy is unified but fiscal policy is not is also a viable route.

In 2013, Viktor Orbán proclaimed euro adoption would not happen until the Hungarian purchasing power parity weighted GDP per capita had reached 90 per cent of the Eurozone average. Euro adoption will be timely once Hungary’s economic development nears the Eurozone average,” the economy ministry said in a response to Bloomberg’s question. “Otherwise the country could lose out with accession just like some of the Mediterranean countries did.”

According to Eurostat, this relative percentage rose from 57 per cent in 2004 to 63.4 per cent in 2014. If the same pace of „catching up” progress was to be expected in the future as in the past ten years (6.4 per cent per decade), Hungary would only reach Orban’s 90 per cent target and adopt the euro in 2056.

Tállai said the Eurozone „must be renewed, stabilized and its earlier attraction restored, in light of the difficulties and internal problems which have surfaced in the past years.”

The European Commission aims to make adopting the euro more attractive to EU members currently outside the currency bloc, said Pierre Moscovici, the Commissioner for Economic Affairs. “We will try to make a framework that is attractive enough, that is like, as they say in the movies, an offer you cannot refuse,” he added.

EU states, except Britain and Denmark, are obliged to adopt the euro but there is no deadline set for getting rid of their own currencies.

Moscovici emphasised that countries should move gradually towards adopting the euro as their currency but he said the Commission has no power and no will to force countries to adopt the euro by a certain date. The euro, used by nearly 340 million people each day in 19 countries, marked its 15th birthday on January 1st, 2017.

The International Monetary Fund (IMF) acknowledged Hungaryʼs “high economic growth” over the past several years and said the medium-term outlook for the country “remains favorable but is subject to risks” in a concluding statement.

The IMF staff said Hungaryʼs GDP growth is projected to reach about 3 per cent this year, driven by a recovery in absorption of EU funds and strong consumption as wage hikes boost disposable income.

The IMF said a weakening in the Eurozone, a further slowdown in global trade and increased financing costs as monetary policy normalizes were among the risks to Hungaryʼs outlook. Domestically, rising demand and an expanded home subsidy scheme could inflate asset prices, the IMF added.

These risks would be mitigated by the improved current account and international investment position, as well as by “the enhanced market sentiment towards Hungary,” the IMF said.

Fiscal policy should continue to aim for a “marked reduction” in state debt over the medium-term, the IMF said and recommended the adoption of additional fiscal measures that would reduce state debt to about 60 per cent of GDP over the projection period. This would imply a deficit of 2.2 per cent of GDP for 2017, slightly below the budget target, and for 2018 and beyond “appreciable annual reductions,” the statement said.

The IMF said the National Bank of Hungaryʼs decision to continue to ease monetary policy was “appropriate” and welcomed the central bankʼs decision to wind up its Funding for Growth Scheme by the end of March 2017.

Monetary policy can “remain accommodative” in the near-term in view of a sluggish pickup in new lending, prudent pre-emptive measures to improve lending practices and increased global risks, the staff said. They added that the central bank should be ready to remove some stimulus as underlying inflationary pressure picks up.

“Finally, it would be essential to enhance the business environment by addressing perceived corruption through improved transparency, enhancing policy predictability, continuing to improve the ease of paying taxes, and streamlining regulations,” the statement said. 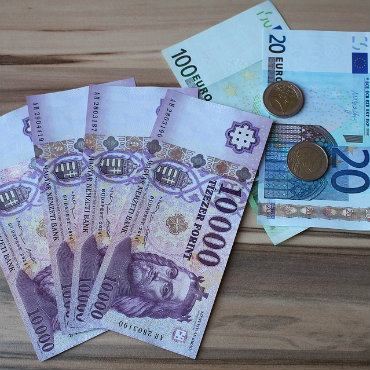