19.10.2020
The standing of banks affects the real sector of the economy and the situation in the economy determines the functioning of banks. Their lending and financial plans for the next year, as well as medium-term strategies, turned out to be outdated and need to be changed. 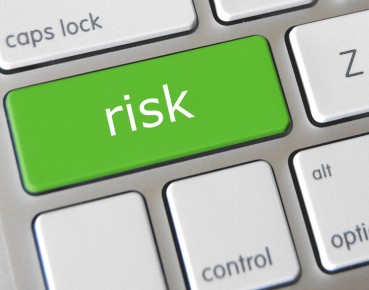 In March 2020, due to the COVID-19, the hierarchy of the sources of risk for the Polish banking system changed virtually overnight. In the December 2019’s edition of the Poland’s central bank, NBP Financial Stability Report, Poland was mostly worried about the risks associated with the high rate of growth of consumer credit and mortgage loans denominated in the PLN. Meanwhile, in the latest edition from June 2020, Poland is primarily concerned about the possibility of an excessive reduction in lending, that is, a phenomenon referred to as “credit crunch”. In the future it could end up wishing for sustained growth in lending to return.

The banks’ lending and financial plans for the coming year, as well as their medium-term strategies, have been rendered irrelevant and need to be redrafted. Nothing is what it used to be. They need to change track and learn to manage risk in the new circumstances, whose most important feature is uncertainty. In these conditions, “uncertainty” and “risk” are precisely the two things that will be talked about the most. This is a difficult and challenging environment, but banks, as institutions whose main objectives involve risk management, should be able to find and fulfil their role in these circumstances.

The forecasts published by many international institutions show that the costs of the crisis caused by the pandemic will be high and that will be borne by the entire economy, including borrowers. Therefore, it is inevitable that the banks will bear these costs as well. The burden of the crisis should be shared evenly by all the participants of economic life.

In this context, the following question arises: in the current situation, what is the biggest challenge for the banks, and therefore also for the stability of the domestic financial system?

According to NBP’s projections, presented in the latest issue of the Inflation Report, we should expect negative GDP growth over the next four quarters. In light of the unprecedented economic shock caused by the pandemic, the most important challenge for the banks will be credit risk. In NBP’s assessment, presented in the special issue of the Financial Stability Report, the probability of the materialization of credit risk has significantly increased across all the loan categories, which will adversely affect the level of allowances and the banks’ financial results. At this stage the scale of borrowers’ insolvency is difficult to estimate, but we should expect it to increase. It should also be taken into account, however, that allowances for loan losses will be established even before any delays in payments occur.

The IFRS 9 accounting standard, applied by majority of banks, requires the successive assessment of the credit risk in financial statements, that is, before the risk even materializes. The loan-loss allowances will therefore depend on the value and type of exposures, as well as the assessment of the probability of a given credit event, that is, a loan repayment delay or default. This means that the scale of credit risk materialization will determine the banks’ financial results in the coming years. They will also depend on the rate at which the economy returns to the path of growth. The sooner this happens the lower the cost.

In this context, it seems somewhat surprising that the NBP interest rate cut is being mentioned in the ongoing public debate as the main factor of the possible decline in the banks’ financial results in the coming period. The banks are claiming that the reduction of central bank’s interest rates will reduce their interest margins. If we were to believe the banks’ complaints, we could get the impression that it’s not the pandemic and its consequences, but the low interest rates that are the major source of risk for their continued functioning.

However, although the interest margin is certainly an important element of the banks’ financial result, it is not its only determinant. After all, the financial result depends on many factors that together make up the relationship between revenue and expenditure, and ultimately shape the banks’ profits. The banks’ financial results can be decisively affected by the costs of credit risk. Of course, it is easier for banks to simply calculate the scale of reduction in the net interest margin than to estimate the benefits resulting from the reduction in the costs of credit risk. The latter would require the application of an appropriate model of the economy. Still, the beneficial effects of cheaper money should not be ignored. That would put into question the rationality of the decisions made by central banks across the world, which have universally lowered interest rates in response to the crisis.

European banks have been operating in an environment of ultra-low interest rates for many years. The banks in Poland should also be able to adapt to such circumstances. However, focusing solely on the effects of interest rate cuts for the banks’ interest incomes creates the impression that banks have been operating in isolation from the domestic economic conditions, and that their business model has been primarily based on earning money on the interest margin, rather than on risk management. This could lead us to the ironic conclusion that the best solution for the banks in these circumstances would be an increase in interest rates. This is not the case, however, because the banks do not operate in isolation from the economic reality.

Most of the world’s central banks lowered the price of money in response to the pandemic, provided that they had some space left for such a move. The decisions in this area are supported by the need to boost consumption and investment, that is, to stimulate economic growth. Importantly, the interest rate cuts also create space for governments to finance the assistance programs aimed at combating the effects of the pandemic. Therefore, they have an indirect, positive effect on the economic environment in which banks operate. Above all, interest rates cuts reduce the costs of borrowing, which improves the situation of the borrowers. As a result, this leads to a lower cost of credit risk in the banks.

We should also remember about the positive impact of lower credit costs on the borrowers’ disposable income. Because of the variable interest rates applied to most bank loans, a decision to cut the official interest rates translates into lower interest on loans. As a result, households and enterprises have more funds left, which could lead to an increase in their consumption, and consequently, also an increase in GDP. According to estimates, a reduction of the interest rates on loans by 1.4 percentage points allows borrowers – businesses and households – to save nearly PLN7bn (EUR1.5bn) per year. From the point of view of an individual household, the average mortgage payment amount decreases by almost PLN150 (approx. EUR33) per month.

But we should keep in mind that nothing is lost in nature. What the banks see as their lost gains, resulting from the lower costs of credit (i.e. a decrease in profits), will ultimately emerge as a gain for borrowers. This calculation is obvious. It is also necessary to remember that the condition of banks is strongly linked to the condition of the economic entities, that is, their borrowers. Therefore, if we want to support the banks, we have to support the whole economy.

Time to change the business models

The credit risk is the most important risk for the business activity of banks in the current situation and any measures aimed at reducing it will have a positive impact on their situation. All over the world, including Poland, many measures have recently been taken in the area of public policy in order to mitigate the impact of the pandemic on the economy. The decisions aimed at supporting banks were taken almost immediately. In the financial dimension, the most important ones were focused on two objectives: to increase the levels of available liquidity and capital in the banks. Firstly, the authorities lowered the reserve requirements, as a result of which banks received access to nearly PLN40bn (approx. EUR9bn) in free resources, which were until that deposited on an account at NBP for prudential purposes. Secondly, the banks were exempted from the obligation to maintain a systemic risk buffer, which released approximately PLN30bn (approx. EUR6.6bn) in capital that may be used by banks to cover potential loan losses and to finance new lending. These two decisions constitute genuine help in the financial dimension addressed directly to the banks.

Many assistance programs were also introduced to help borrowers, which indirectly supports the banks. The costs of the crisis caused by the COVID-19 are borne by the entire economy. Banks will also have to bear some of the burden. They should be actively seeking ways to utilize this assistance. Reducing the supply of credit to the real economy and focusing on investment in the Treasury securities or bonds guaranteed by the State Treasury, which has already been announced by the banks, is not the only recipe for helping the economy in a crisis, and does not bode well for the banks themselves.

Of course, it is necessary to exercise appropriate caution. However, in the current situation, instead of adopting a conservative approach and restricting the supply of credit, the banks should make credit available for reliable customers. This would be beneficial for the entire economy and for the banks themselves. Poland’s central bank pointed this out in the June edition of the Financial Stability Report. The current crisis will ultimately come to an end and the banks that continue lending will be acting in their own interest, because they will increase their market share and will consequently return to higher levels of profitability faster.

Olga Szczepańska is a director of the Financial Stability Department at Poland’s central bank, NBP. 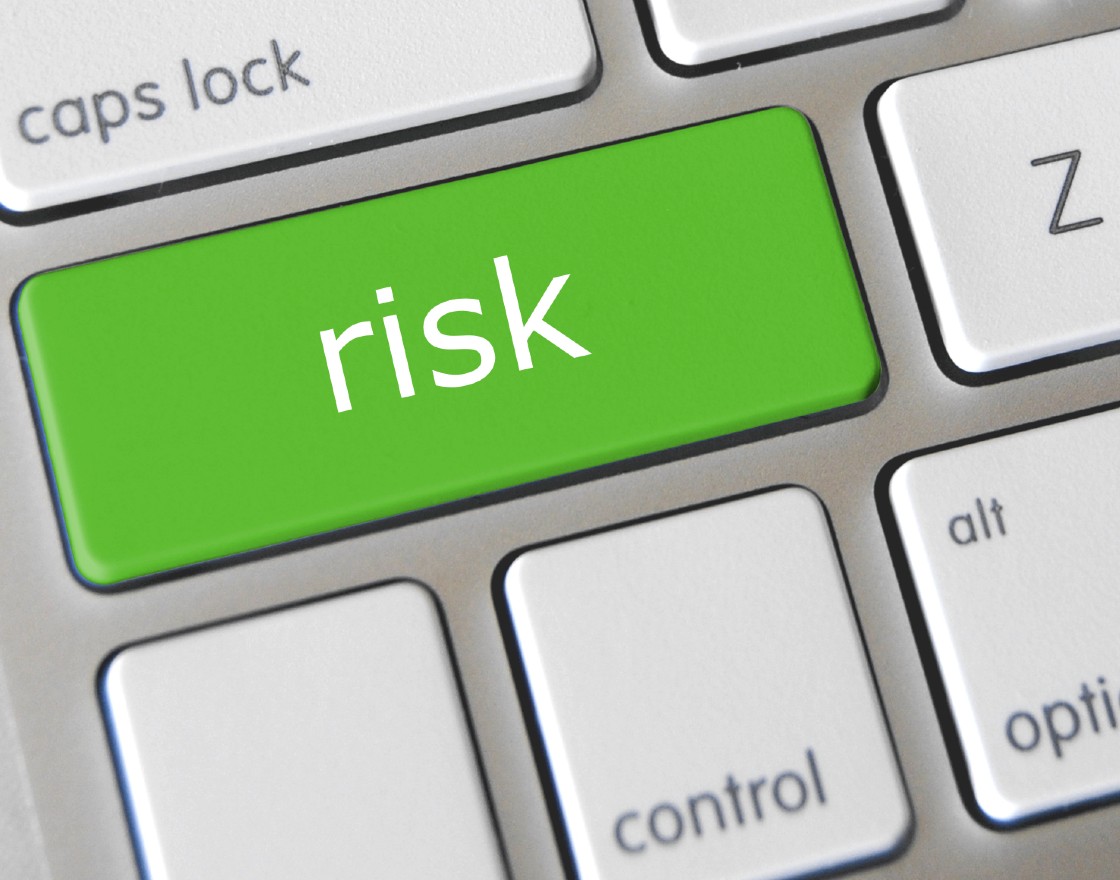