Is banking union necessary for Poland?

16.09.2015
Poland will have to join the Eurozone sooner or later. Does it mean participation in the banking union? Does Poland need it?

An idea of common banking supervision is an answer to the instability of Eurozone countries’ banks, and the problem of vicious circle between credit conditions for these banks and solvency of their lenders – home countries. In some European countries, especially in southern part of the continent, private sector debts were transferred to sovereign debt as a result of banking system bailouts and government responses to slowing economies. Furthermore, before the crisis there was a tendency in the EU banking groups to keep decision-making processes at the highest possible level. As a result, a group with cross-border subsidiary banks operated as a bank with foreign branches.

Decision-making process remained in the home country, while host country was responsible for the costs of wrong decisions. Such institutional framework supported high-risk decisions in subsidiaries abroad  (CASE mBank seminar, 2015). Banking union was established to prevent this threat and to create more integrated and stable financial sector in Europe. It is also a next step on the way to an economic union.

However, the banking union is not an easy solution to all European finance-system problems. On one hand, the position of Frankfurt-located European Central Bank is strong, which increases the stability of the banking system. On the other hand, accumulation of supervision and monetary policy authority in the same place might result in competence dualism. It is definitely better to have a separate monetary and supervision institutions due to a risk of weakening the independence of supervision policy for priorities of monetary policy. It is one of the reasons why the United States or Japan have them separated.

The second point is the illusive participation of the non-Eurozone countries. The banking union was established for Eurozone countries and the membership is voluntary for the non-Euro countries. If the non-Eurozone country joins the banking union, it will be a ‘second-class’ member. Key issues will still be decided by Eurozone members deepening the division of a two-speed Europe. Furthermore, the banking sector in Europe is dominated by large banking groups operating in many EU member states. The rules imposed by the union will be spilled all over Europe, as banks will keep using the same rules in their subsidiaries regardless of the status of the host country. Clearly, the outside countries sooner or later will have to comply to banking union’s laws and requirements and face consequences.

The third argument concerns directly Poland. The Polish Financial Supervision Authority is doing well and Poland has a secure banking system. There were no bank collapses nor bailouts in the Polish banking sector during the credit crunch. According to Andrzej Burliga, member of the Management Board of BZ WBK, Polish supervision is outstandingly meticulous, which results in a securer banking system.

On the other hand, Burliga notices an increasing number of staff in departments responsible for contacts with supervision authorities in countries under ECB’s surveillance. From a bank perspective this generates additional costs. Moreover, similar to Baltic States, Poland has a relatively high level of bank capital to assets and relatively low level of debt provided by financial sector. In other words, the banking sector is stable and not as leveraged as in the old EU – 15 countries. 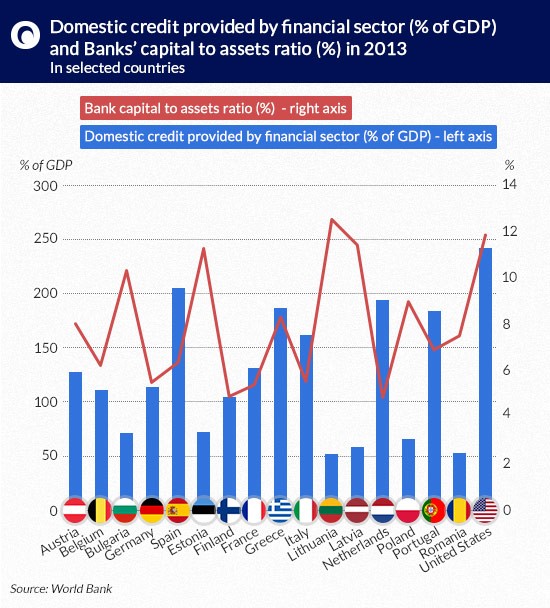 One could argue that given Poland’s plans to join the euro anyway, there is no point in neglecting banking union. Supporters also raise an argument that a membership would allow shaping regulation rather than letting other states have a sole impact. Unfortunately, I am afraid that the voice of non-Eurozone countries will be hardly heard, while costs will have to be borne.

Participation in SRM mechanism means the annual contribution of approximately 1,5% of the amount of deposits guaranteed in Polish banks. At the end of 2013 Polish Bank Guarantee Fund had around PLN 10,4bn of guaranteed deposits. Thus, joining the banking union will extort at least PLN 156m input from Polish banks. Low risk of perturbation suggests that Poland’s contribution to SRM seems economically pointless as we will pay for the fund being used to pay off other nation’s banks’ failures.

Summing up, Poland’s approach to the European banking union remains conservative. The government wants to observe how the union’s supervision from Frankfurt will work in the Eurozone. In December 2012 Prof. Marek Belka, the President of the National Bank of Poland, expressed optimism about the idea of the banking union: “We see advantages of Banking Union. It will be beneficial for the entire European Union, including Poland(…) Undoubtedly, we need such equal supervision, especially regarding mergers and acquisitions in the European banking sector”.

After 2 years he took a more conservative stance: “Poland is not in a hurry to join the banking union”. This attitude seems reasonable, having in mind that this project, initiated in 2012, was designed for countries using a common currency. Despite the fact that Romanian or Bulgarian governments filled a request for close cooperation with the banking union, Poland’s participation before euro adoption is not indispensable. Furthermore, as recent history has shown, in spite of the banking sector being tightly interrelated, crises have had local origin and an effective national supervision is crucial.

Finally, according to Stanislaw Kluza, former President of the Polish Financial Supervision Authority, within the former pan-European supervision there is a feeling of an unequal treatment according to the rule: strong towards the weak (small countries) and weak towards the strong (large countries). Let’s see if this time it would be different…

The views and opinions expressed here reflect the author(s) point of view and are not necessarily shared by CASE Network. 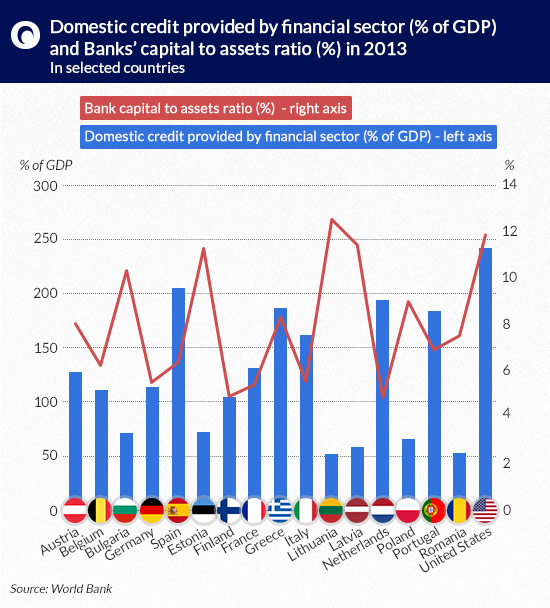