22.11.2019
Sberbank, Russian largest bank, made a pilot blockchain transaction. Under the leadership of the former economy minister Herman Gref, Sberbank has been focusing on blockchain technology for nearly two years. 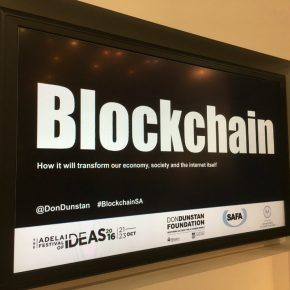 In September, Sberbank in its press release informed about the transaction under a West Siberian oil sales deal at the Eastern Economic Forum. The Russian bank purchased from Trafigura, one of the largest physical commodities trading groups in the world, accounts receivable of a major Turkish trader. The transaction was tracked online in real time by the two parties. Sberbank says that the blockchain technology helped both sides cut their operating costs, documentation approval time, and labor costs related to the transaction.

According to Sberbank’s First Deputy Chairman of the Executive Board, Alexander Vedyakhin, the bank intends to further develop the technology and use it more often in commercial transactions. “We have carried out our first blockchain transaction with Trafigura, a leader in international commodities trading, and we plan to further develop this technology,” he said and added that the use of the blockchain technology shortened the procedure time from one day to one hour.

“As of now, all transaction documents are being manually processed and then handled from Trafigura to the bank. Our blockchain pilot project records every step of the transaction: request for purchase of receivables, application processing and its approval with the bank, issuing the bank’s offer, confirmation of terms by Trafigura, and settlement of the transaction,” he explained.

Sberbank also informed that it is now looking into expanding the list of blockchain project partners and is set to apply this technology in other financing operations in the future.

In January 2018, Sberbank launched a blockchain laboratory to develop and test blockchain-based solutions. Then bank explained that the aim of the laboratory is to generate product prototypes, perform pilot tests and deploy blochchain-based business solutions for Sberbank Group.

At the time, Sberbank’s senior vice president Igor Bulantsev said “Sberbank is making a contribution to the future of the banking industry and our country by launching the blockchain laboratory.” Sberbank appointed various blockchain specialists with experience in building and implementing blockchain ideas to existing products as well as creating new approaches to business activities. It also partnered with Russian start-ups active in that field. Just a few months later, in May 2018, Sberbank completed the first blockchain-enabled commercial bonds truncation in Russia.

Sberbank CIB, the corporate and investment part, together with one of Russia’s leading telecoms operators MTS and the National Settlement Depository (NSD) placed commercial RUB-denominated bonds using smart contracts. The NSD was the key partner as it allowed the other two parties to use its blockhain platform to carry out the transaction. However, the MTS bonds issue, worth RUB750bn with a maturity of six months, was organized by Sberbank CIB.

To conduct the transaction, a full-scale Delivery versus Payment settlement model was implemented based on blockchain technology, which enabled the transfer of the bonds and money to happen simultaneously. To meet the requirements stipulated by the Russian law, all three parties received access to the blockchain platform to perform the transaction. Each participant of the deal could exchange documents online and track the transaction status in real time.

The future of blockchain in Russia

Despite the bank’s CEO positive outlook Sberbank was forced to suspend its crypto-related plans due to the central bank’s negative stance on the industry, Russian news agency TASS reported in May this year. Russia’s largest bank was patiently waiting for crypto legislation that would allow it to trade cryptocurrencies. However, as it turned out, both the Bank of Russia (Russia’s central bank) and the main financial regulator decided against the adoption of the crypto space

A month later, in June this year, Herman Gref officially confirmed Sberbank’s decision not to develop crypto-related services, according to Banki.ru. Mr. Gref stated that Sberbank has never had any ambitious plans in the cryptospace, as it never attracted a large amount of its clients. Instead, he said the bank would now fully focus on blockchain applications for its services. Mr. Gref added that he considers bitcoin (BTC) a “technical instrument for transactions” rather than a type of investment.