Smartphones in the fight with a financial exclusion

Worldwide over 80 per cent of people have a mobile phone. At the same time, only a half of them use financial services. There is an opportunity to fill this gap and resolve the problem of financial exclusion which will also translate into fast economic growth.

Over 2 billion people – almost 40 per cent of the adult world’s population – are financially excluded which means they lack access to basic services, i.e. a bank account. According to the World Bank and International Finance Corporation, over 200 million small and medium-sized enterprises are also unable to use financial services.

For many of them the use of traditional banking is too expensive and time-consuming due to the necessity to cover considerable distances, and companies are not able to demonstrate any registered income or collateral for borrowing operations. Illiteracy also continues to act as an obstacle.

In South Africa, 53 per cent of the population is unbanked for many reasons: due to the feeling of lack of security, distance, no possibility to verify the identity and high commission. On the other hand, access to finance sector significantly increases the probability of breaking out of the poverty trap. In turn, the status of financial exclusion results in deeper macroeconomic consequences.

The United Nations recognized that banking influences 7 of the 17 factors of sustainable economic development.

However, the shrinking of financial exclusion areas has recently been proceeding at a relatively fast pace. In the years 2011-2014 the number of people with no access to financial services dropped by almost 700 million individuals, which meant a growth in banking of 10 per cent. Possession of a mobile phone and access to mobile financial services has become the major driving factor behind the continuing progress. In the period 2010-2015, the number of people using mobile phones increased (according to the Ericsson’s data) by at least 300 million. In the coming years the growth of this phenomenon will be even greater – the number of mobile telephone subscribers should increase by 1.6 billion people and the number of smartphone holders will exceed 3 billion.

The World Bank estimates that in 2015, 82 per cent of the African population had mobile phones. However, only one third of those people used the mobile transactions. The highest figure was recorded in Kenya (58.4 per cent), followed by Tanzania (32.4 per cent) and Uganda (35.1 per cent). Only 14.4 per cent in South Africa and Nigeria where, although 45 per cent of the population has a phone, only 2.3 per cent of people have access to financial services since banking via phone is practically prohibited by law.

The success in the development of mobile finance in some African countries is obviously mainly the achievement of the company M-Pesa (Safaricom and Vodafone operator), the Kenyan and Tanzanian government, and the Bill and Melinda Gates Foundation. Currently, M-Pesa offers not only the primary money order service, but also, thanks to the M-Shwari service, among others, access to micro loans, enables savings and keeping a personal account, and allows payments for goods and services to be made. It operates in nine countries, mainly African, and last year it was launched in India and Romania, where approximately 40 per cent of the population is still unbanked. A flagship example of a dramatic reduction of financial exclusion is obviously Kenya, where only 17 per cent of the population do not hold an account – less than in Poland. 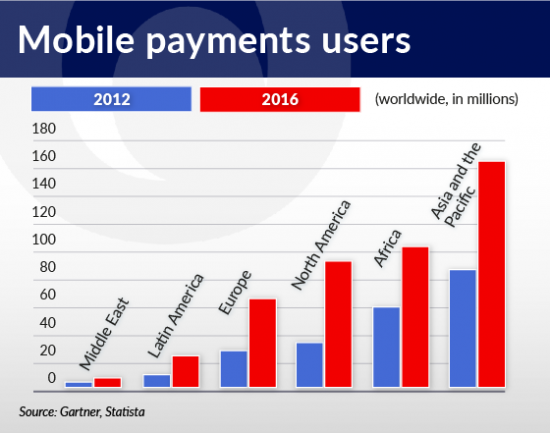 However, the popularization of mobile banking in emerging markets is still neither obvious nor easy. It requires the cooperation of many economic and political entities. The latest report http://www.mckinsey.com/global-themes/employment-and-growth/how-digital-finance-could-boost-growth-in-emerging-economies of McKinsey Global Institute “Digital finance for all: Powering inclusive growth in emerging economies” indicates the necessity to engage financial companies, telecommunications operators and governments.

The infrastructure seems a significantly smaller problem, also in terms of funds. What is the most important is a consensus concerning a common standard of payments which enables clients of various operators to use financial services – examples of Tanzania and Peru indicate that this is achievable.

In many emerging economies the problem is the lack of regulations and a system of client protection against credit swindling and fraud. It is also necessary to implement identity authentication systems which is the prerequisite for using mobile banking. In recent years, India has managed to implement the Aadhaar biometric system, thanks to which the identity of almost a billion people can be verified.

A reduction of financial exclusion without the aforementioned safeguards would be either impossible or pose the threat to the financial instability. If it’s going to be successful, according to the MGI estimates, 1.6 billion people should gain access to financial services by 2025, and accordingly, the GDP of emerging economies would grow by 6 per cent, i.e. by USD3.7 trillion.

Several years ago London Business School estimated that increasing the number of mobile phones by 10 per cent could trigger GDP growth of as much as half a percentage point. A significant part of this growth will result from absorbing hidden and new savings through electronic accounts and, consequently, releasing resources in the form of loans for investment and purchases of consumer goods.

Financial operators, including banks, would grant 2.1 trillion loans, gaining USD4.2 trillion in deposits. Dissemination of mobile banking would mean for them an 80-90 per cent reduction of costs, as compared to physical distribution via branches, but above all it would mean acquiring millions of new clients. The replacement of cash circulation by electronic money would generate an additional USD400bn in savings.

On the other hand, state budgets would supply amounts equivalent to USD110bn a year, the multiplier effect would generate almost 100 million jobs, and corruption would be reduced, including that related to the distribution of development and charity aid, as transactions would be registered.

The mechanism of growth in productivity of economies quickly adopting mobile banking is easier to understand through suggestive examples. In Malawi, where farmers’ incomes from sales of crops supply mobile accounts, their investment in crops increased by 13 per cent and their yield was raised, on average, by 20 per cent compared to farmers operating only in cash. In Brazil, Mexico and 11 other countries, the iZettle payment operator coming from Sweden not only enables digital payments to small businesses but also provides them with analyses related to sales and profits, and generates documentation enabling them to take loans for the development of their companies.

Systems based on micro payments are being developed thanks to mobile finance (pay-as-you-go and layaway), which enable, among others, the purchase of solar panels and access to electricity, as well as the construction of irrigation systems, i.e. the elements of basic infrastructure allowing further development. On the other hand, women’s access to electronic finance means higher expenditure on food, medical care and education, leading to lower child mortality and a reduction in their future financial and social exclusion.

According to the Gates Foundation, “the global revolution in mobile communication and the rapid development of payment systems create a unique opportunity to provide poor families and households with inexpensive and reliable financial services in the form of digital solutions and applications.”

Based on such a philosophy, the UN, together with the World Bank and the World Economic Forum, launched an initiative called Universal Financial Access 2020 with the aim to eliminate the exclusion of 1.5 billion people. Taking into consideration the rate of progress in the scope of mobile finance worldwide and forecasts concerning possession of mobile phones by 90 per cent of the world population by 2020, the adopted target does not seem abstract at all.

Mirosław Ciesielski, PhD, is a lecturer at the Gdansk University and specializes in the financial markets. 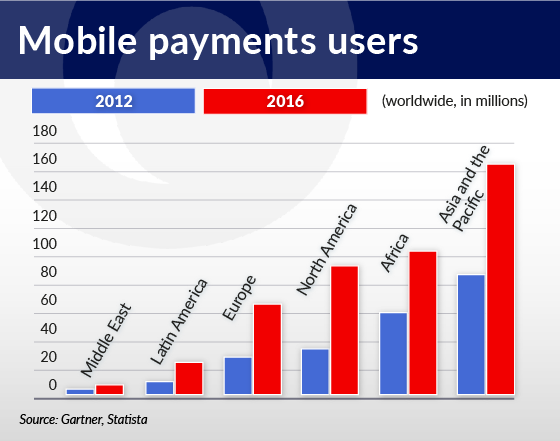