26.11.2019
The process of reforming systemically important banks hasn't been completed yet. The independence and credibility of the regulatory and supervisory bodies will be of crucial importance in the effort to reduce the systemic risk and moral hazard generated by such banks. 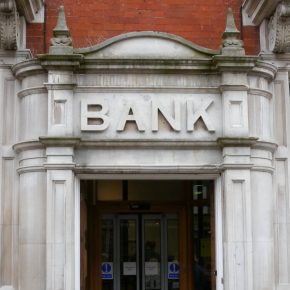 In 2009, the leaders of the G20 asked the Financial Stability Board (FSB), which is an international body monitoring and submitting recommendations for the global financial system, to develop solutions addressing the systemic risk and moral hazard associated with systemically important financial institutions. The problem of banks too big to fail (TBTF) typically appears in a situation when such institutions are threatened with bankruptcy. Their size, interconnectedness, complexity, cross-border scope of activities and the lack of substitutability, generate pressure on the public authorities to recapitalize such institutions with public funds in order to prevent the destabilization of the financial system, as well as serious economic losses.

After releasing a number of recommendations, the FSB concluded that the time had come to evaluate the effectiveness of the implemented regulations and announced consultations within pre-determined criteria.

The major reforms concerning banks too big to fail

The most important solutions introduced in relation to TBTF banks, in the order of their impact, included the following:

The capital requirements and buffers are supposed to ensure the necessary loss absorption capacity by forcing institutions to maintain the required level of eligible liabilities that can be converted into capital. This factor determines the development strategies of TBTF banks, and at the same time has a significant impact on their efficiency and ability to raise funds.

The bank restructuring and resolution mechanism provides new tools and powers to public institutions, enabling them to interfere in the rights of the banks’ owners and creditors. The resolution mechanism also involves recovery and emergency plans. For the given TBTF institution this means an explicit description of measures to be taken in a crisis situation and the identification of the possible ways of coping with such a situation. One important element here is the identification of the financial, but also the operating links of the systemically important bank.

The other reforms and policies affecting the systemically important banks relate to the liquidity coverage ratio (LCR) and the Net Stable Funding Ratio (NSFR), the size of the contributions to the resolution fund, the requirements for the principles of determining remuneration and corporate governance, as well as new accounting standards. The most important of these will be the NSFR requirements, because the level of the maturity mismatch between the assets and the liabilities is considered to be the greatest threat to the stability of the financial system (e.g. in Poland).

Have the TBTF reforms achieved their objectives?

Prior to the global financial crisis of 2007-2009, the bankruptcy law was the same for all business entities and did not take into account systemic risk. The easiest way to reduce systemic risk and moral hazard resulting from the possibility of burdening taxpayers with the costs of failures of TBTF banks, was the forced breakup of banks. However, this solution was ultimately not adopted. Instead, the concept of compulsory restructuring was introduced, whereby the owners of the troubled institutions bear the costs of their bankruptcy (bail-in).

It is still too early to be able to unequivocally answer whether the TBTF reforms have achieved their objectives, whether they are reducing systemic risk and moral hazard, and whether they are enhancing the capabilities of competent authorities to resolve systemically important banks in an orderly manner.

Although the package of legislation concerning liquidation and compulsory restructuring of banks is seen as a step in the right direction, too few systemically important banks have undergone this process in practice.

At this point it cannot be concluded whether systemic risk and moral hazard have been reduced. This is also due to the fact that TBTF institutions have not yet acquired the liabilities mandated under the minimum requirement for own funds and eligible liabilities (MREL) (read more), and the fact that the process of calibration of the Basel standards still remains unfinished.

The legal risk associated with the resolution mechanism constitutes a particular problem. The decisions taken by the resolution authority in relation to European banks which have been assigned the status of FOLTF (failing-or-likely-to-fail) could result in numerous claims of the banks’ creditors, who may seek to prove in courts that failure to take action within the framework of resolution would be better for them in the context of the NCWO clause (creditor-no-worse-off).

The divergence in the approach to individual solutions at the national level and at the Eurozone level could also be a problem. There is a risk of discrepancies in the documentation requirements between the individual institutions supervising the financial market in the EU. This requires close cooperation both within the financial safety net, as well as a dialogue with the banking sector.

We still haven’t seen a sufficient number of cases, both domestically and abroad, in order to determine whether TBTF reforms have reduced systemic risk and moral hazard associated with the threats generated by domestic and global systemically important banks. It is currently difficult to assess whether these reforms enhance the capabilities of competent authorities to resolve systemically important banks in an orderly manner and without exposing taxpayers to the resulting costs, while maintaining the continuity of their economic functions. The independence and credibility of the regulatory and supervisory bodies will be of crucial importance in the effort to reduce the systemic risk and moral hazard generated by banks too big to fail.

The broader implications of the TBTF reforms

As a result of the post-crisis activities undertaken in the EU so far, banks have reduced their level of financial leverage (deleveraging) and increased their capital ratios, in accordance with the recommendations of Basel III. The capital adequacy ratios are rising across the EU, which leads to increased stability of the financial system. Nevertheless, small banks (including those in Poland) are already paying a price for the problems of large banks, in the form of very strict capital requirements.

The implementation of MREL will translate into higher capital ratios of banks, but it could have a negative effect on economic growth, and will also entail high costs of issuing eligible bonds, which will lead to a decrease in the banking sector’s net profits. One associated challenge is the limited capacity of the less developed markets (e.g. in Poland), which will not be able to absorb such large issues. The alternative will be to carry out more expensive international issues. The issues of these debt instruments will carry a relatively high degree of risk, which means that the banks will have to pay dearly for the acquisition of the eligible liabilities. Another possible consequence could be even greater pressure on the consolidation of the banking sector due to its low profitability. This would contradict the original goal of reducing the size of banks too big to fail.

The TBTF reforms have led to greater organization of the affected institutions’ activities and an improvement in their capital ratios. There has also been an improvement in international supervisory cooperation and the quality of the analyses of the financial market carried out, including in relation to its impact on the economy as a whole.

At the same time, however, confidence in the markets and financial institutions has not been fully restored. The central banks are still conducting non-standard activities which distort the market and competition and cause higher operating costs for the commercial banks.

The process of reform of banks too big to fail has not yet finished, so its assessment is by definition incomplete. A full assessment will only be possible in a few years. Assuming that the implementation is complete, the regulatory mechanisms combined with the activities of the supervisory bodies will discourage banks from remaining in the category of TBTF, while the reduction in the scale of their operations will reduce the risk involved, thereby supporting the stability of the financial system. If the banks act in accordance with the expectations of the regulators, we can expect reductions in the size of their operations. This will possibly take place through deleveraging or sales of parts of their businesses. However, this does not necessarily have to take place in the case of state-controlled banks.

One important challenge for the introduction of MREL in Poland is banks’ balance sheet structure, which is dominated by deposits, as well as the structure of the debt market, dominated by government bonds, with a marginal bank debt segment. Microeconomic and macroeconomic effects will become even more acute due to further increases in the capital requirements as part of the regulatory process.

On the one hand, the reforms increase the safety of the financial system by reducing the risk of bank failures, but on the other hand, they could hinder economic growth. The introduced changes have a positive impact on the reduction of systemic risk, however, they could generate the risk of moral hazard. Access to emergency funds in countries where banks are particularly exposed to risk could provide an additional incentive for their excessive utilization, and could create a real possibility of regulatory arbitrage.

The issue of eligible securities means additional funding costs for the banks, which will affect their profitability. In order to reduce costs, the banks may want to pass the expenses associated with the regulatory changes onto the customers, or search for investments that are more profitable but also riskier. Paradoxically, a system intended to reduce the risks associated with the functioning of the banking sector could result in the accumulation of such risks.

The TBTF regulations create new challenges, e.g. acquiring investors for banks in conditions of decreasing return on equity or excess reporting requirements. Paradoxically, these regulations are conducive to consolidation and lead to the weakening of cooperative banks in countries with a model of decentralized cooperative banking (such as Italy and Poland). 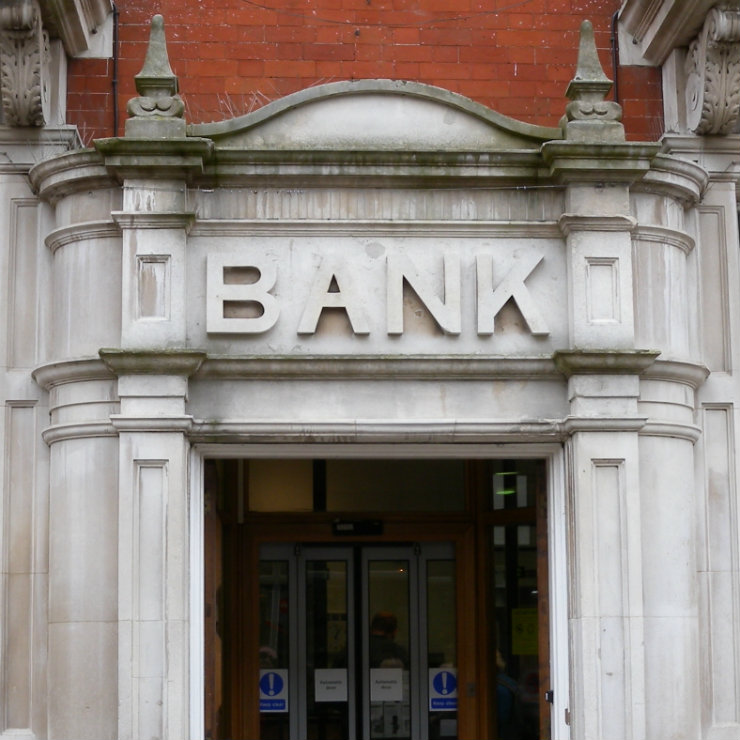 We know too little about Polish inequality

Category: Macroeconomics 27.02.2020
“We still know too little about the scale of income and wealth inequality in Poland. Not enough Polish academics are interested in or research the subject,” argues Michał Brzeziński, PhD, an economist from the Warsaw University. 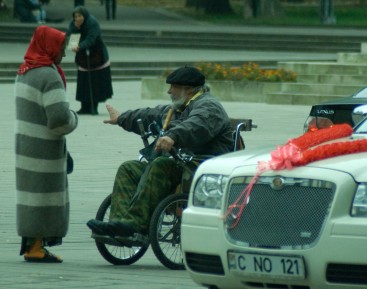